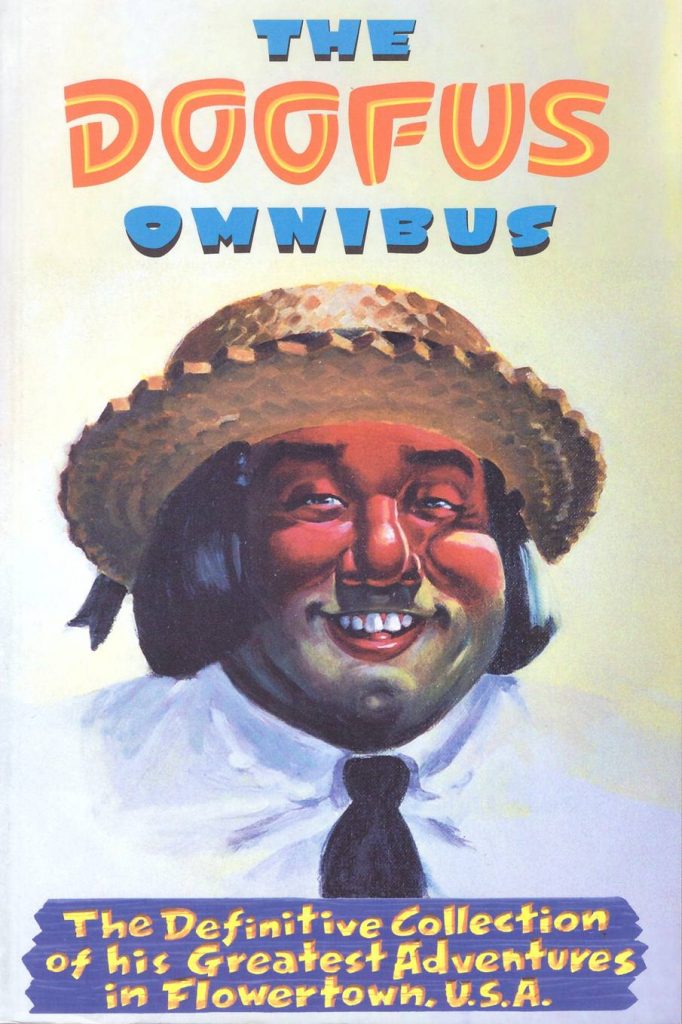 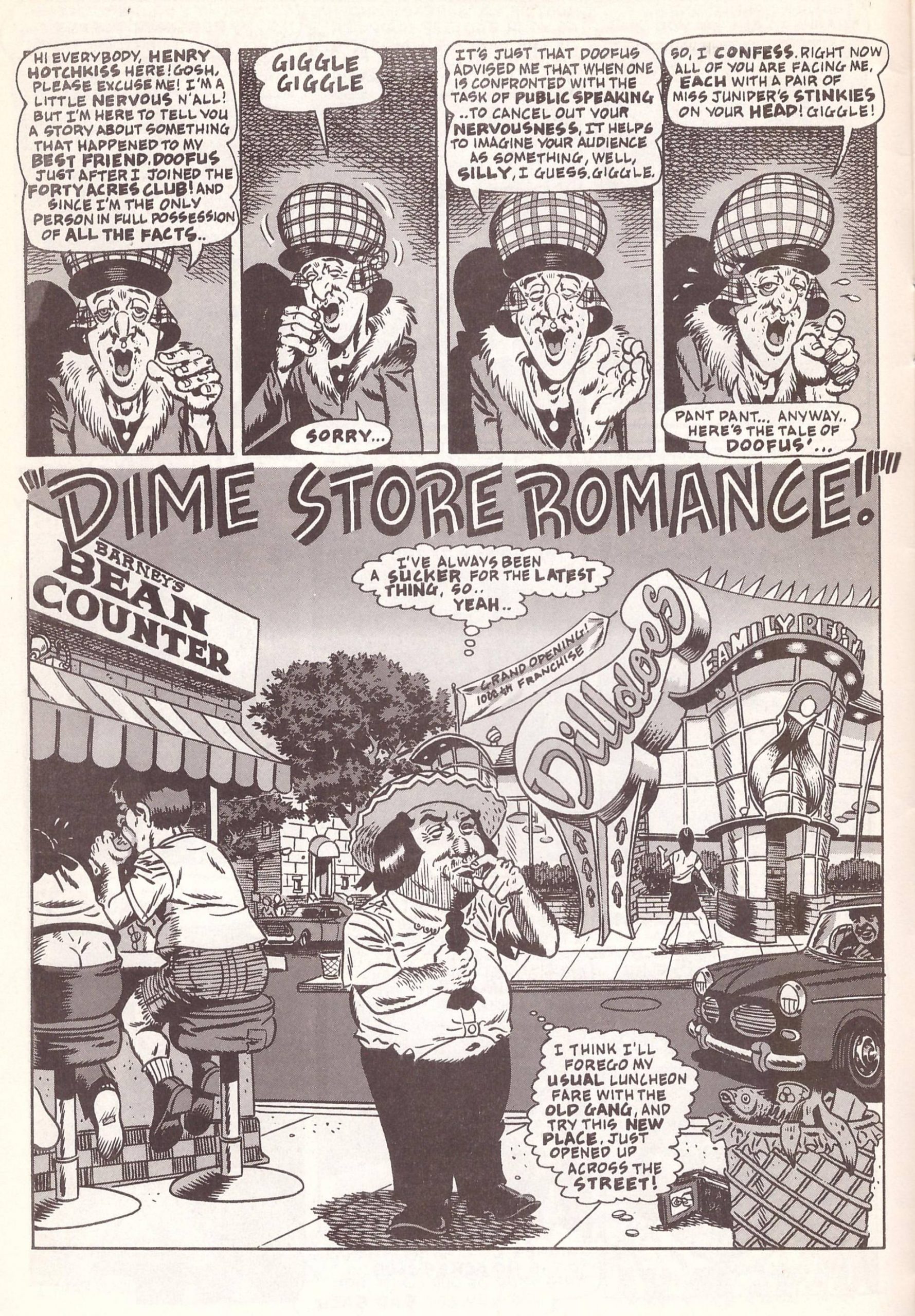 Rick Altergott’s sense of humour doesn’t have a widespread appeal, because if it did he’d have the recognition great names believe he deserves. There is an acid test. Anyone who finds the cover portrait inherently funny is tuned in. Anyone who sees just a goofy looking guy in a silly hat is unlikely to be infused with joy on reading the content. As Daniel Clowes sagely points out in his introduction, the delights in a Doofus strip aren’t the set up and punchline of a traditional gag. They’re the ridiculous throwaway items mentioned during the course of a strip, or the preposterous poses or clothing in which he draws Doofus and his mate Henry Hotchkiss, one of the endearing jokes being that Henry Hotchkiss is only ever referred to by his full name. Clowes is perhaps biased, as he co-writes one strip, but add him to the back cover endorsements from Robert Crumb, Gilbert and Jaime Hernandez, and Jim Woodring for a weighty list.

Like the work of all those creators, it’s impossible to imagine anyone else providing the individuality, bonkers authenticity of Altergott’s vision. Yes, the influences on his art are obvious – mostly Wally Wood, but also Mort Drucker – but what fine influences they are, and in a couple of places Altergott repurposes classic 1950s Wood panels or scenes. However, the unfiltered Altergott experience is unique. He’s unafraid to dredge the pits of his mind for unutterable crude hilarity, yet presented as entirely acceptable behaviour for Doofus and Henry Hotchkiss. They have no filter, and are lucky to have found each other in Flowertown, U.S.A. Deliberately stomach-turning is a fair assessment. More minor pastimes include a night game of strip poker in a predetermined commercial location, bicycle seat sniffing and wafting used underpants at each other.

Before the final two strips, none of the Doofus content extends beyond two pages, several only occupying a third of a page, so this is an extremely dense collection. The reading is possibly best rationed, because unless you check out the later online strips still available on the Vice webpage, this is all there is. Altergott also includes other features, so we meet Douchebag Dougan, Florida Lee, learn of sperm count testing, and discover Stan Kenton’s dissonant composer, while Henry Hotchkiss and Stink Hair Stu get solo strips.

Once you’ve read the sample page an additional level of repellence can be provided by the revelation that Altergott imagines Ralph Waite, the actor best known as Pa Walton, playing Doofus in any filmed version. Oh, and just in case there is any confusion, this is an Omnibus in the sense of it collecting all Doofus strips to 2002, a paperback running to 112 pages, not an oversized hardcover running to several hundred.