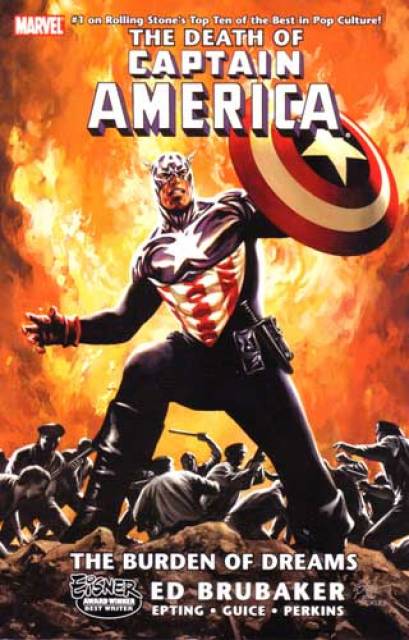 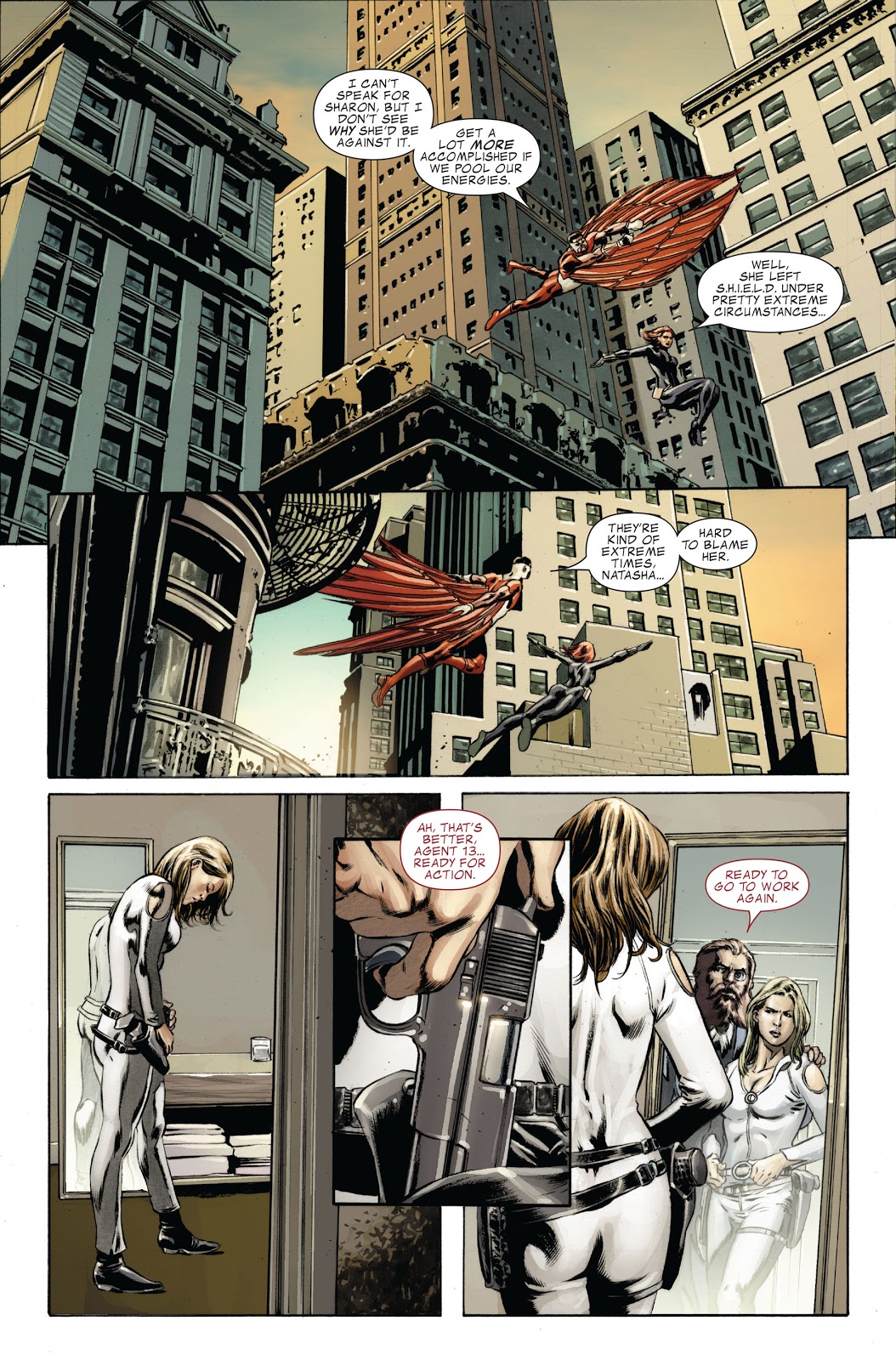 The Death of the Dream left the main cast in a poor way. Winter Soldier had been captured by the Red Skull, Sharon Carter was addled and confused, Captain America was definitely dead, and Black Widow and the Falcon were seemingly dead, taken unawares by a friend. Tony Stark monitored from his office at law enforcement agency S.H.I.E.L.D. headquarters, powerless to protect anyone.

Having killed his title character in the previous volume, writer Ed Brubaker pushed the compassion button for this selection of stories, and the Falcon and Black Widow duly recovered from being stunned unconscious to play their part in tracking down a lost comrade. Meanwhile Winter Soldier survives an attempted brainwashing and a battle with Iron Man. This would be the second and final time Tony Stark transforms into his armoured alter-ego during Brubaker’s Captain America run. The first occurred in the latter stage of the Winter Soldier story for those curious.

The central plot element is a letter delivered to Tony Stark from Steve Rogers, presciently anticipating that conflicts over whether or not superheroes should register with the government could result in his own death. His belief is that Captain America’s symbolic identity transcends a single man, so the Captain America identity should not die with him, thus setting up a new Captain America by the end of the book. This is a different Captain America, one who carries a gun and isn’t averse to using it, and who dictated his own terms for accepting the role.

Overall this is another fine page-turning slab of first rate superheroics. Brubaker keeps the pot simmering while the art team of Steve Epting and Mike Perkins deliver their usual smooth contribution. More overtly political issues that come to dominate the next volume, The Man Who Bought America are set-up, and the book ends with a shocking revelation for Sharon Carter.