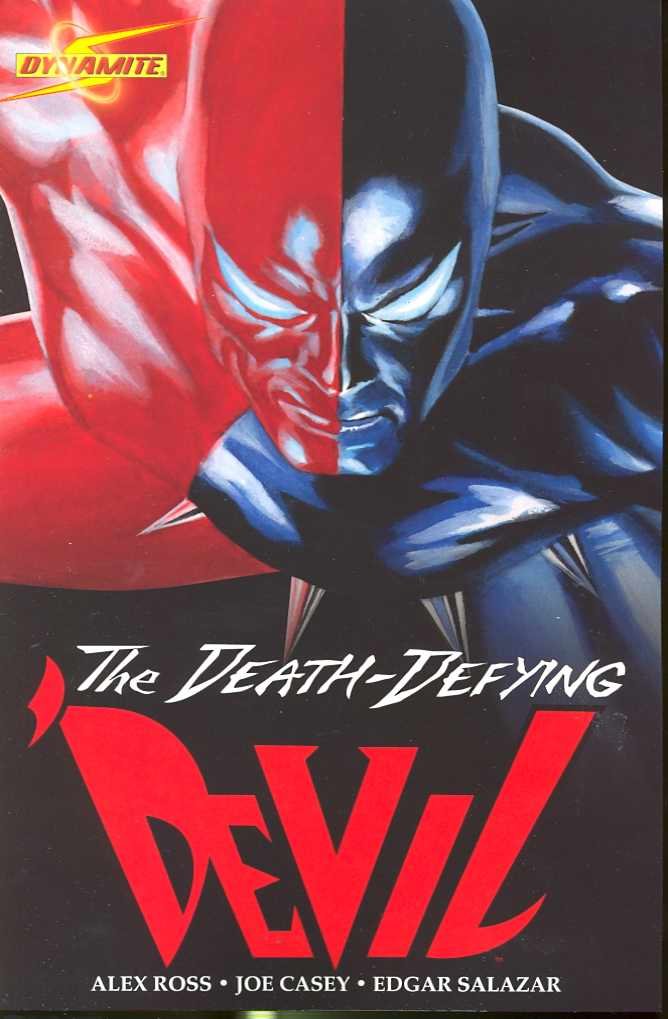 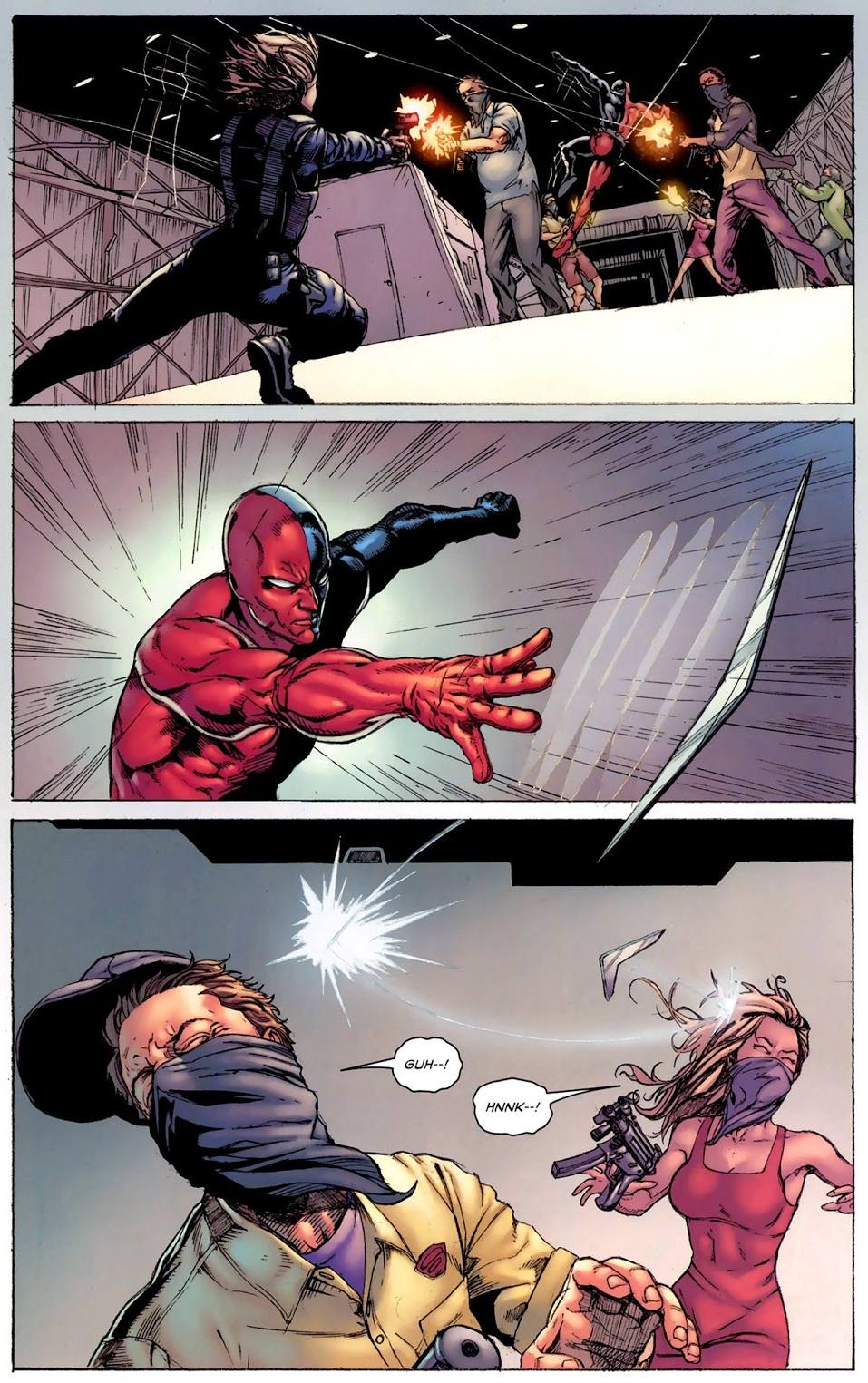 The ‘Devil started as one of the more interesting characters introduced in Project Superpowers, and become even more interesting as the series progressed. In the 1940s he was the first superhero named Daredevil, an athletic crimefighter in a distinctive blue and red quartered costume, but that name was obviously off limits. He’s been out of copyright, enabling his use here, but his name has passed on and is tightly trademarked, hence this new identity.

This adventure occurs with Project Superpowers not finished, and the final revelations about the ‘Devil still to come, but what’s known is that he returned changed along with other heroes from the 1940s, and while he can communicate well enough by writing, he seemingly can’t speak. This hasn’t impacted on his prodigious athletic abilities, and he’s also very protective toward Justine, a French agent involved in bringing down a global terrorist organisation called Claw. Complicating this is someone in a blue and green quartered costume with a grudge against the ‘Devil.

Not all the early Project Superpowers tie-ins even managed to hit average, but this at least hits the spot by presenting a mysterious and seemingly unassailable enemy, and signposting well toward the conclusion of the main series. Knowing what happens there, it’s apparent that co-writers Alex Ross and Joe Casey have done a good job setting it up here, and they also reintroduce a couple more heroes with parts to play, the Silver Streak and the Ghost, both of them visually striking.

It’s Ross who designs the cast and provides art direction, but Edgar Salazar who brings the characters to life. With the Ghost’s supernatural plane he’s given a gift, but supplies terrific images well beyond that, ensuring everything has a joyous pulp feel. There’s a horrific subtext to what’s going on, a villain seemingly able to control anyone they choose, but Salazar keeps the results away from explicit territory.

One element of the story plays out to a form of conclusion, but anyone wanting to know the full truth needs to follow the ‘Devil back into the pages of Project Superpowers. Don’t feel cheated, though, as this stands up as a satisfying adventure in its own right.