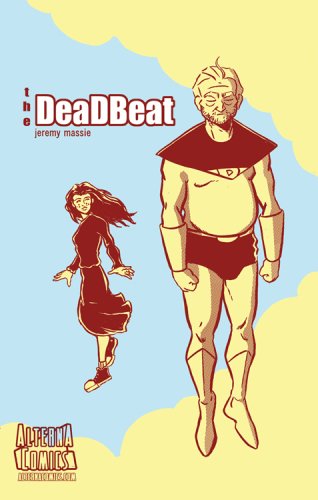 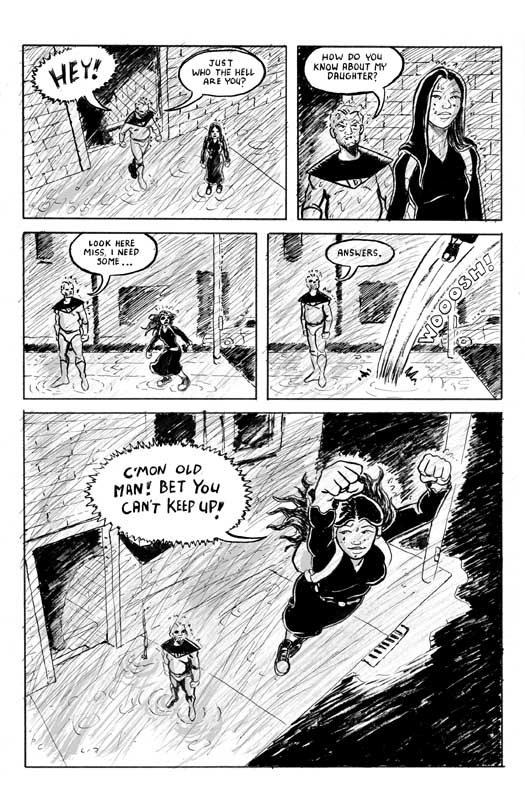 Once he was a superhero. He could fly, his strength was formidable, you know, the works. He might still wear the costume, but these days its swelled to contain a beer gut, and most of his time is spent in the bar. That is, until the day his daughter walks in. Long ago, he’d been told she was dead, so there’s a lot of catching up to do.

From that attention-grabbing beginning Jeremy Massie’s story heads to a lot of strange places, and very few of them are predictable. The over-arching plot is, but it’s what’s pegged onto it that’s important, so this becomes a tale of redemption, of actions having consequences and of it never being too late to rectify a mistake. It combines for a heady emotional brew, yet one that still finds some time for both standard superhero action, and some ethical questions, not least asking at what point a person is irredeemable.

The art is loose, and takes viewpoints from a distance, deliberately designed to accentuate the judgemental aspects of the story. Both lead characters are well designed, reflecting their attitudes, and their feelings, although the strength of design doesn’t extend too far beyond that, with the minor characters distinctly ordinary.

There are a lot of interesting aspects about The Deadbeat, but also downsides. When wanting to express an awkwardness between people Massie uses silent panels and odd glances, but this decompression is plain dull, and when we learn why the superhero stopped his career short it’s extremely melodramatic. And while wanting to create something different within the superhero genre, the standard superhero battles are ordinary. Still, the surprises count for a lot, and Massie deliberately leaves elements of his conclusion open-ended, but hasn’t followed up.