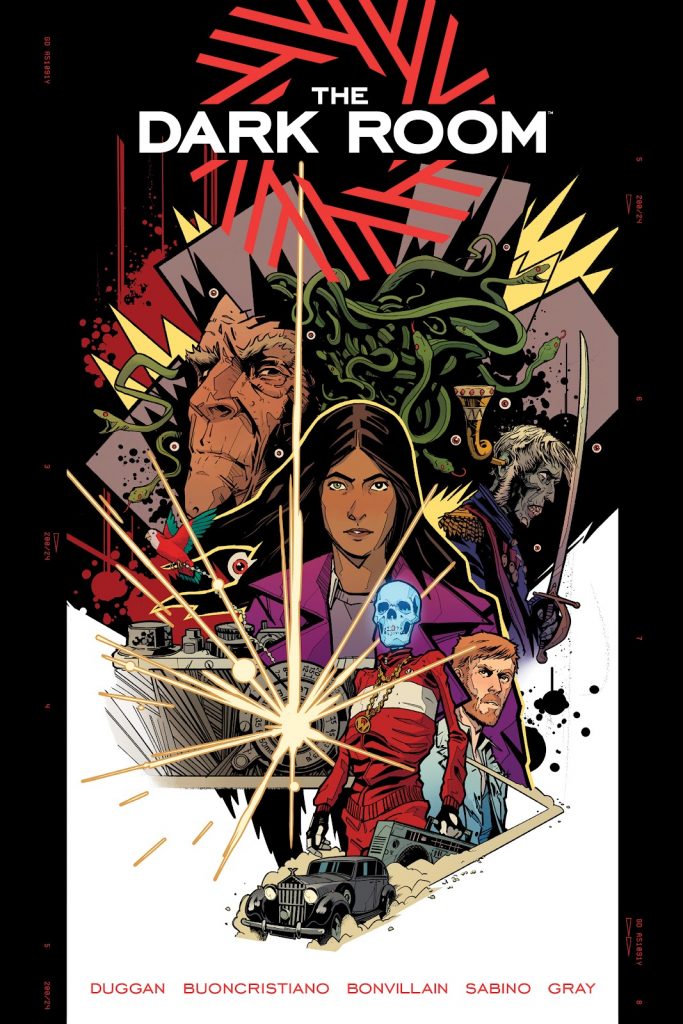 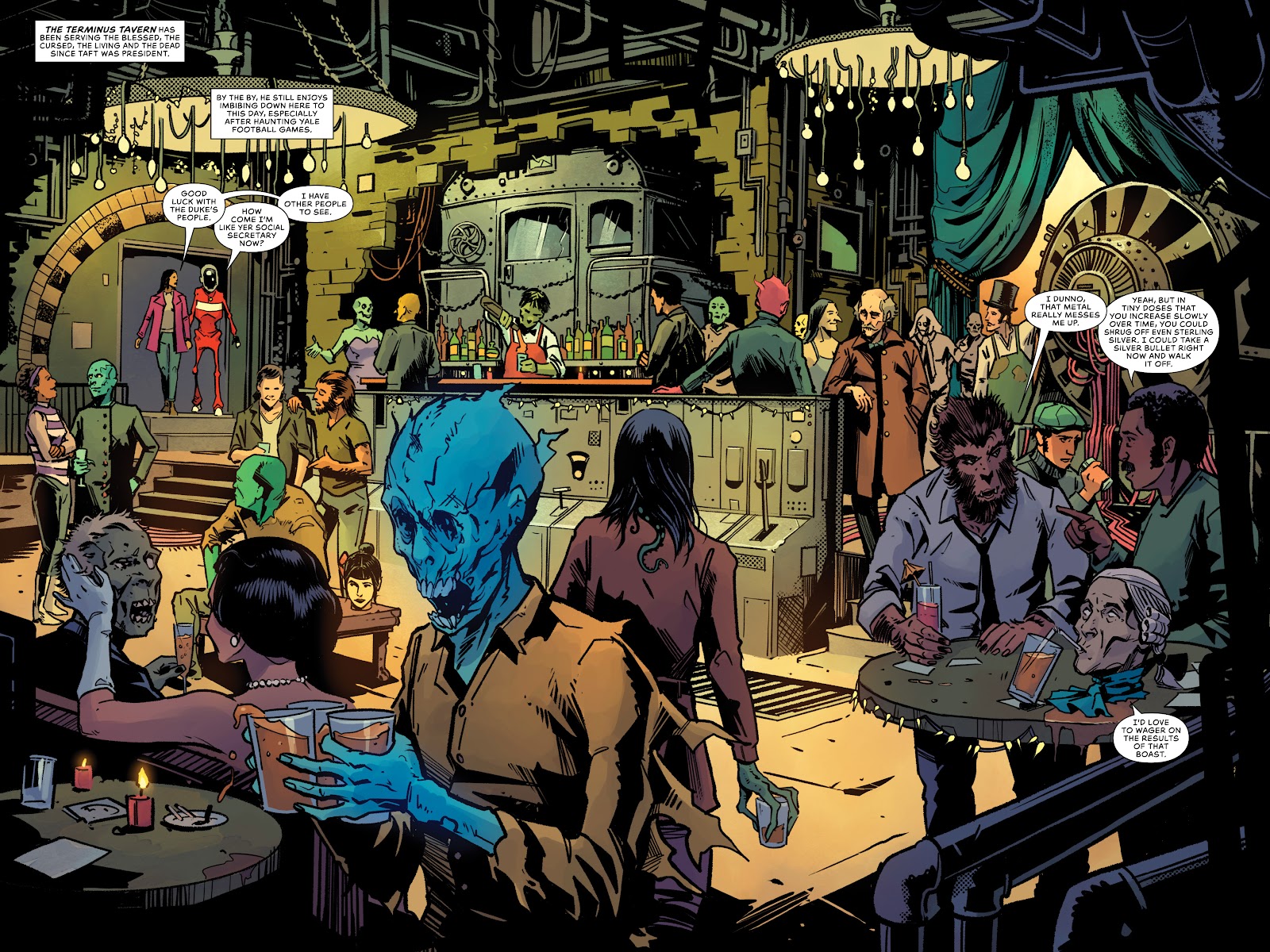 There is a camera that somehow distorts the people photographed by it. No matter how tranquil or innocuous the scene when the picture is taken, the developed film presents something monstrous and savage. Manufactured in Germany in the late 19th century, the camera is now somewhere in the USA and a collector named Mr Outis is keen to acquire it. He tasks investigator Dounia Mahoney, offering a generous retainer based on her reputation, but doesn’t know she can view people as the camera does, and as seen on the sample spread, she has quite the collection of strange resources to call on.

Gerry Duggan spices the tone of this comedy drama with horror from the start, contrasting some pretty nasty events with wackyness like Walt, a living skeleton with a fondness for bright tracksuits and motorcycle helmets. However, what he and Scott Buoncristiano introduce with The Dark Room has far greater depth. Assorted captions build a bigger and more sinister world. In passing Duggan drops in matters such as genies having dominion over any place where a wish is made, and that the elves once controlled Earth’s entire surface. They’re introduced, hilariously as a comment on how the passage of time differs between elves and humans, but prompt an imaginatively joyful scene for Walt.

Buoncristiano’s contribution is amazing. He takes a work-intensive route, but without his eye for detail Dounia’s world would be far less convincing. There’s a nice line in presenting the extraordinary as matter of fact, and he delivers some great sequences. You’ll likely have seen werewolf transformations in comics before, but you won’t have seen anything approaching the extended and logical version Buoncristiano supplies. Tamra Bonvillain’s colours are also extremely important, and well selected. She alters mood along with location, and that some scenes are extremely bright is unusual for any graphic novel with horror at the core, yet it works to differentiate The Dark Room.

The immensely successful Fables could equally switch mood instantly, and successfully blended drama, fantasy, horror and comedy while bringing magic to New York. The Dark Room raises the horror and comedy levels, but pays equal attention to personalities and plot. There are fewer jaw-dropping shocks, partly because Duggan deliberately underplays moments that could qualify, but the set-up and roll-out is imaginative and suspenseful. Let’s hope there’s plenty more to come.