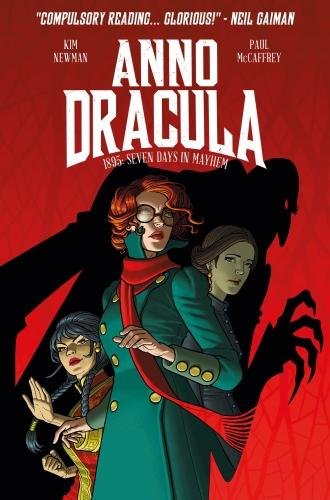 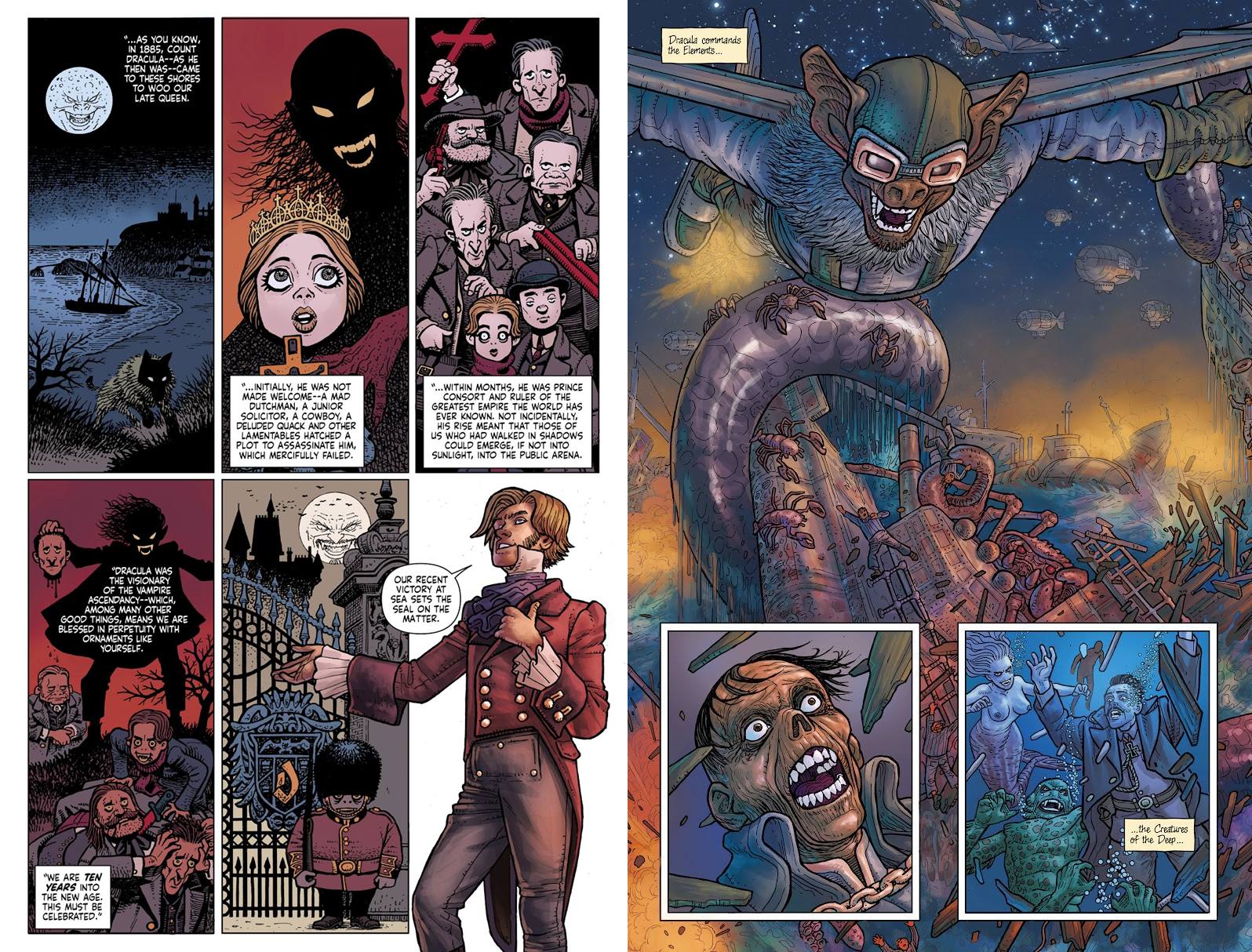 Anno Dracula 1895: Seven Days in Mayhem is an extension of Kim Newman’s Anno Dracula horror novels, but an original story in a world where the efforts of the people who stopped Dracula in Bram Stoker’s Dracula novel came to nothing. The novels zip through time, but here he’s Prince Consort in Victorian England, where becoming a vampire is now considered a form of social advancement. The novels cleverly filter in other classic horror and mystery characters, although Dracula himself appears only sparingly, and the lead characters are Newman’s own creations. Journalist, vampire and secret society member Kate Reed takes the main role here, part of an organisation plotting Dracula’s overthrow. That looks very unlikely at the start, Paul McCaffrey’s art showing the fate of a joint military union between France, Germany and the USA.

Quite an amount of background needs to be explained, but thanks to McCaffrey’s art that’s a painless procedure. He creates a believable Victorian world complete with period dress and fittings, and populates it with easily distinguished people, some terrifying in their vampire forms. He’ll apply the same attention to detail whether showing the foreign fleet destroyed, a bunch of people talking around a table, or, more stomach-churningly, suspects being tortured in the Tower of London. He’s influenced by Bryan Talbot’s precision, but that’s no bad thing, and as the right hand sample page shows, he can turn his hand to a tidy version of Richard Corben also.

Newman continues his habit of filtering in known people from other sources. There’s barely a page without one, and half the fun is picking them all out, such as the chief among the villains being he who can no longer be called Fu Manchu. Kate is a sardonic commentator on events that would be horrendous if taken seriously, an especially fine example being a scene set at the house of her ambitious childhood friend Penny Churchward. She’s been charged with organising a festival to celebrate the victory over the invading forces, and Newman’s plot moves continually toward what’s intended as the very public disruption of a major public event.

Anyone who enjoys Newman’s Anno Dracula novels is in safe territory here, and 1895: Seven Days in Mayhem could send many readers heading toward those novels. It’s a lot of fun, nicely drawn and it all works out in the end.