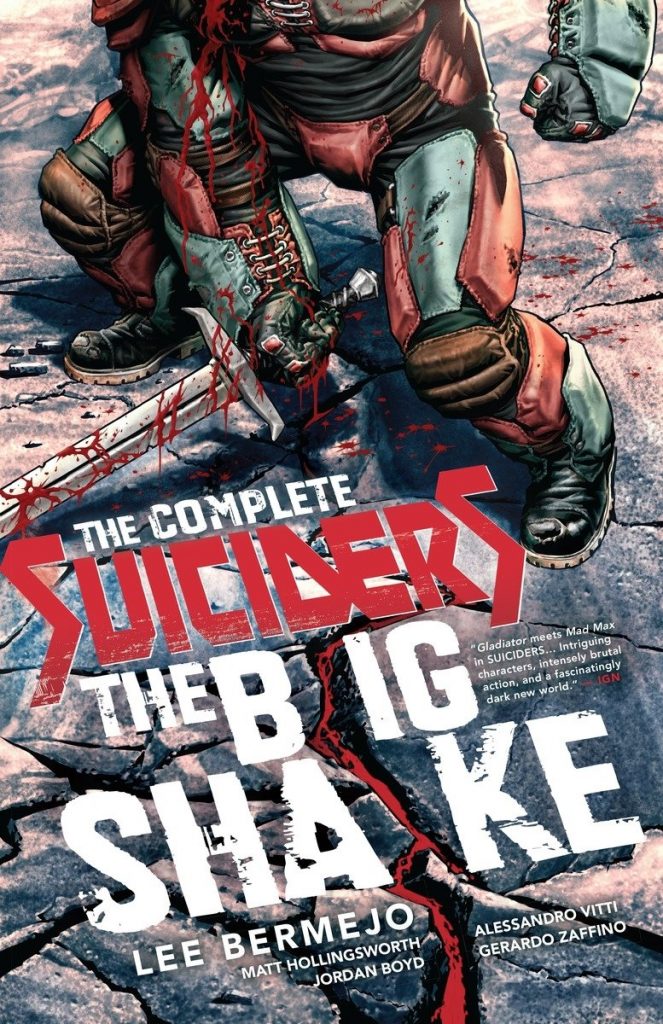 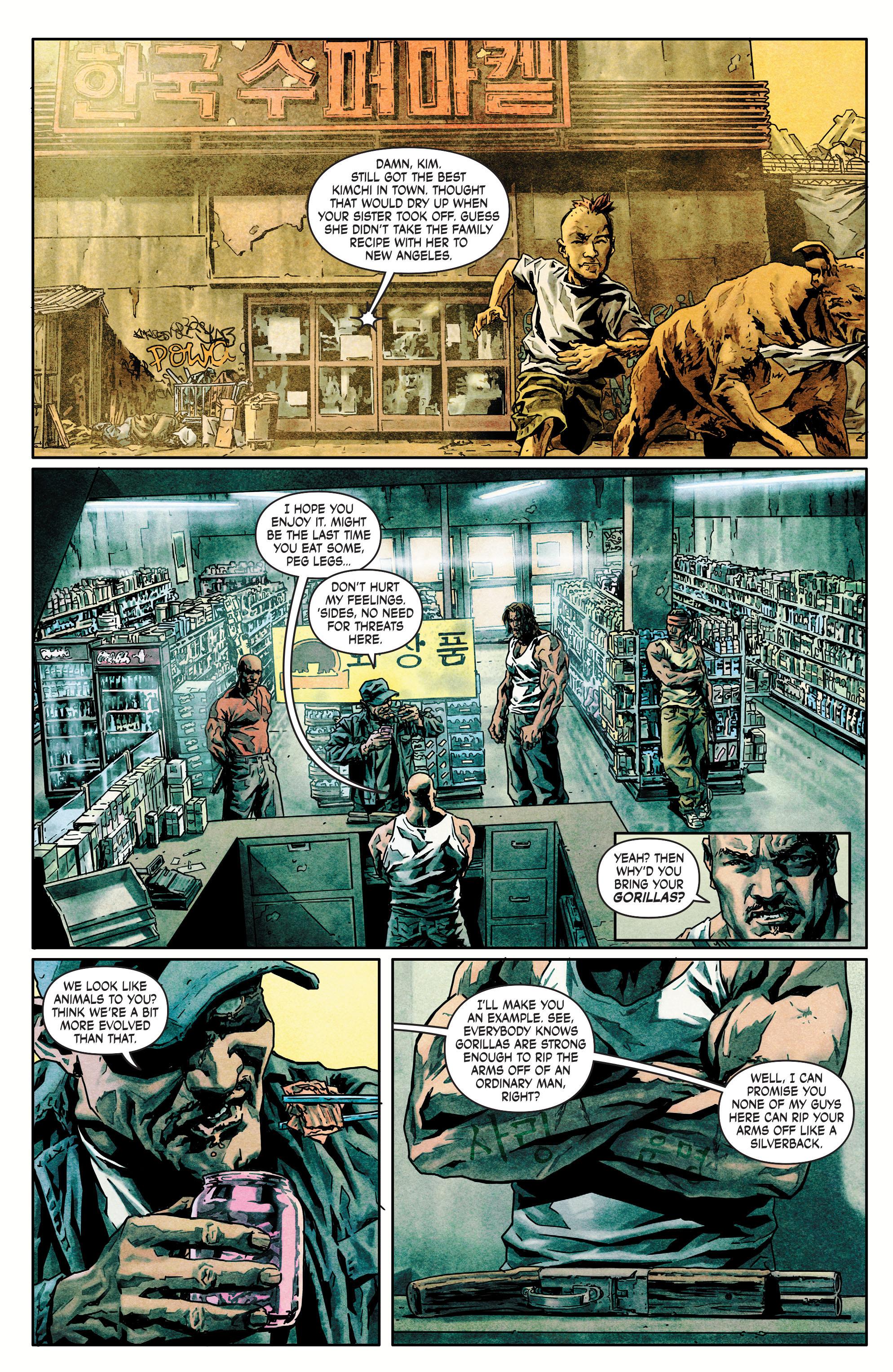 Lee Bermejo produced two series of Suiciders. The first was gathered as Volume 1, but DC give the finger to anyone who bought that collection, as the only way they’re getting the sequel in book form is to buy it again in this combined form. Is it any wonder illegal downloading of digital comics is rife when a publisher pulls such a shabby trick?

For a more detailed review of the introductory story follow the link. It introduced the rebuilt Los Angeles of the near future, where illegal immigrants are executed by border guards, and the prevailing sport is Suicide, a violent gladiatorial contest, controlled by gangsters. King of the sport is the Saint, and we learn of his past and present. Bermejo’s art is fantastic, but his story is predictable and lacking in originality.

What was originally given the ill-advised title of ‘Kings of HelL.A.’ drops back fifteen years, when the quake that destroyed LA was fresher in the memory, and when Suicide was still in its formative years. King of the sport’s early days was Leonard McCarthy until he was caught match fixing.

Bermejo’s script for the sequel is better, more nuanced as he returns to a time when corporate interests and their heavily armed and armoured enforcement squads were battling with local gangs to control neighbourhoods. A teenage thug named Johnny takes the turf control very seriously, the title being the name of his gang, and he’s escalating matters to a point of no return, and unaware that someone else very dangerous is tracking him down. That all works as an action plot, a sort of Warriors with even more violence, and because the focus switches around a fair bit there’s an uncertainty to the story absent from the opening segment. Bermejo over-eggs the plot, however, by including another wild card, transformed and horrible, but an unnecessary distraction. When his purpose arrives in the final pages it’s contrived, and the result would have been better served without him.

Bermejo might not draw this section himself, but he paired with another terrific artist in Alessandro Vitti, at least for most of the story. Vitti has a looser approach than Bermejo’s own art, but is equally good at conveying action and deprivation. He sets the tone, but for some reason can’t finish the story. That being the case, couldn’t someone with a style nearer Vitti’s have completed the job? Gerardo Zaffino is also a good artist, but with a far darker style, and lacking Vitti’s facility for expressions and character definition. He supplies the violence, but not the soul, and his versions of the characters are far beefier.

While the second story is better than the first, and the art excellent almost to the end, there’s no escaping that Bermejo’s time would have been better spent producing something else. 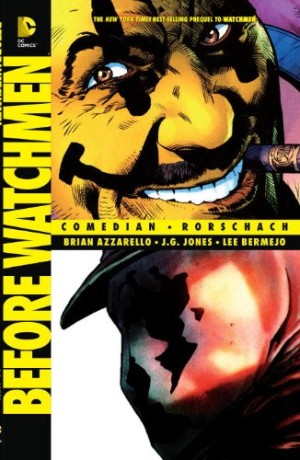