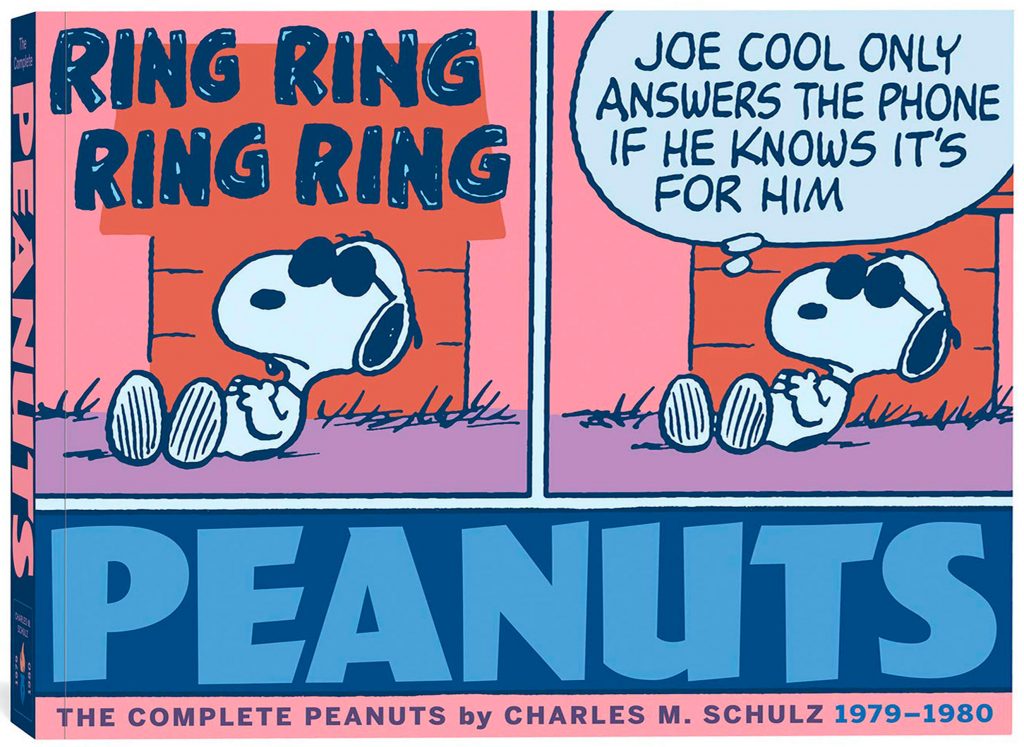 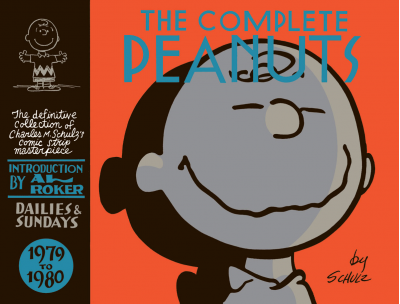 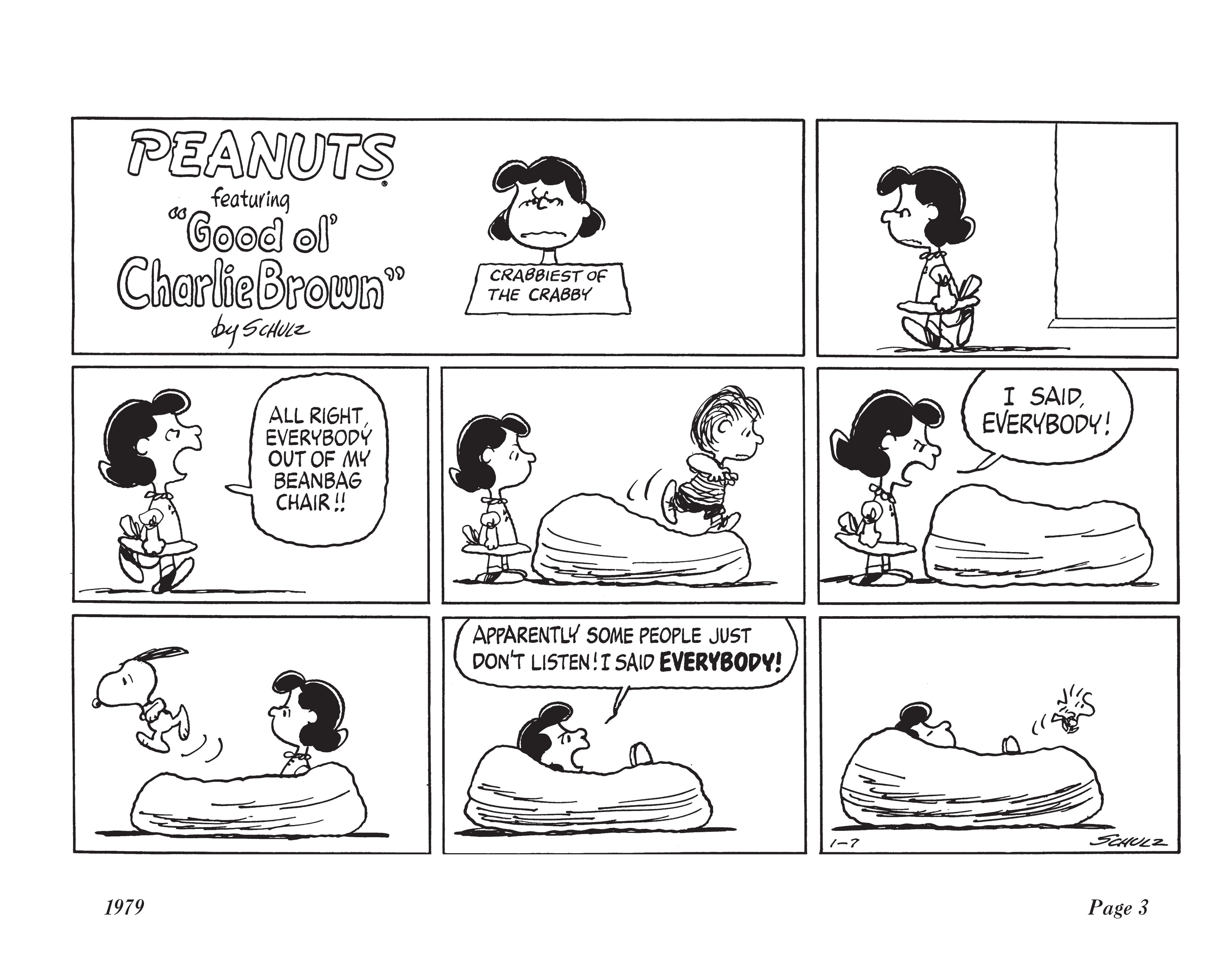 The Complete Peanuts 1979-1980 starts off funny with Lucy and Schroeder at the piano, Peppermint Patty and Marcie at a library and the World War I Flying Ace falling in love with Eudora. It then transfers to very contemplative mode with additional existential dread in an extended sequence where a terribly ill Charlie Brown (he thinks he might actually be dead at one point, brrrrr) spends three weeks in hospital, which is a very long time for a daily newspaper strip. His friends aren’t allowed to visit him, so Peppermint Patty and Marcie sit outside on a bench across the street and stare up at his window.

Lucy is so concerned at the amount of time he is ill and the lack of information about his condition that she vows never to pull the football away again if he recovers. Schulz does a very good job of taking all the emotion that we have invested in these characters over so many years of interacting with them every day, and using it to explore just how far we can go with them into some much darker territory. It’s a little manipulative of course, but it isn’t sentimental or exploitative and it’s quite moving. It’s not really a spoiler to tell you that Charlie Brown does get out of hospital. But will Lucy really keep her promise and hold the football still for him?

In other stories Snoopy takes Woodstock and the rest of his Beagle Scout troop (Bill, Olivier, Conrad and Harriet) on a hike where they meet his brother Spike. He assumes a few more identities including Blackjack Snoopy, the riverboat gambler, a ‘world-famous surveyor,’ a ‘world-famous census taker’ who counts ten people before deciding that’s enough: “If there are any more than that in the world I don’t want to hear about ‘em!” and he launches an airline with Lucy as the travel agent, Linus as the luggage handler, and Marcie as cabin crew, to take Schroeder to music camp.

Peppermint Patty and Marcie begin campaigning for women to achieve equality in sports (Billie Jean King is mentioned a lot). Charlie Brown becomes lost in the woods and Peppermint Patty, Marcie and Snoopy try to find him, Peppermint Patty decides to try a new look and has her hair braided in cornrows (a contemporary reference to Bo Derek’s look in the film “10”) and there’s a surprisingly long romance after she goes to a dance and falls in love with Pig-Pen, but nobody wants to hear about it. Neither Violet nor Frieda appear in this volume, joining the long-forgotten Shermy; recent arrival Eudora takes up the supporting character slot now, with occasional appearances from Franklin and Rerun.