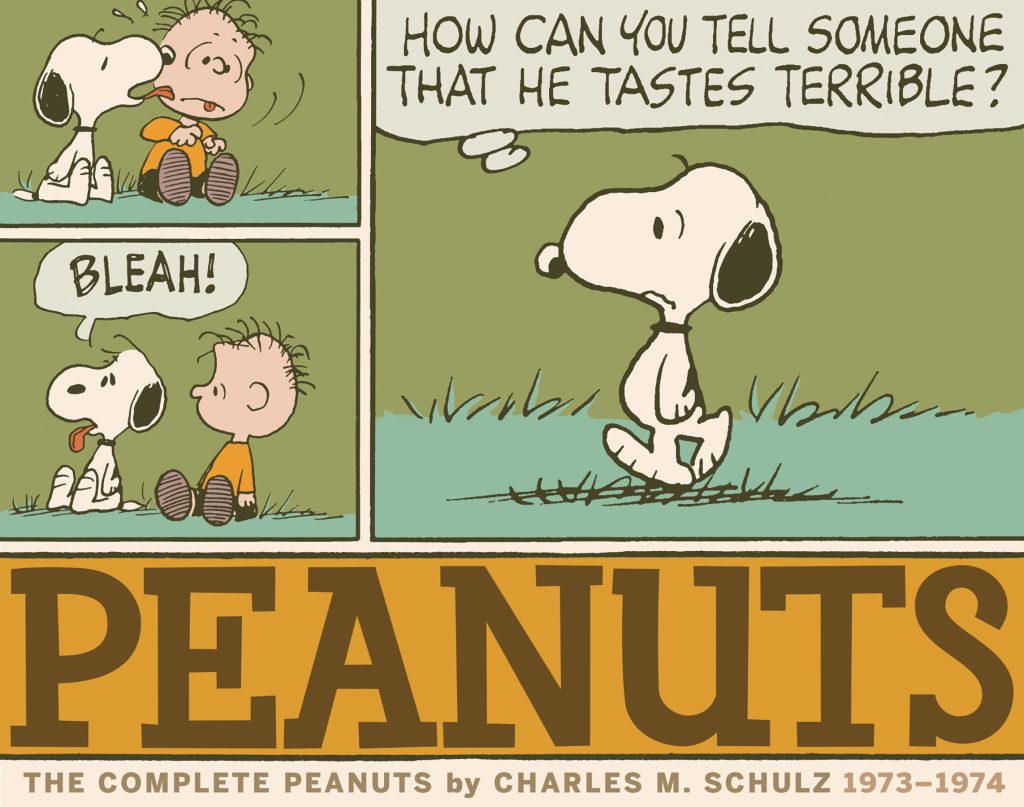 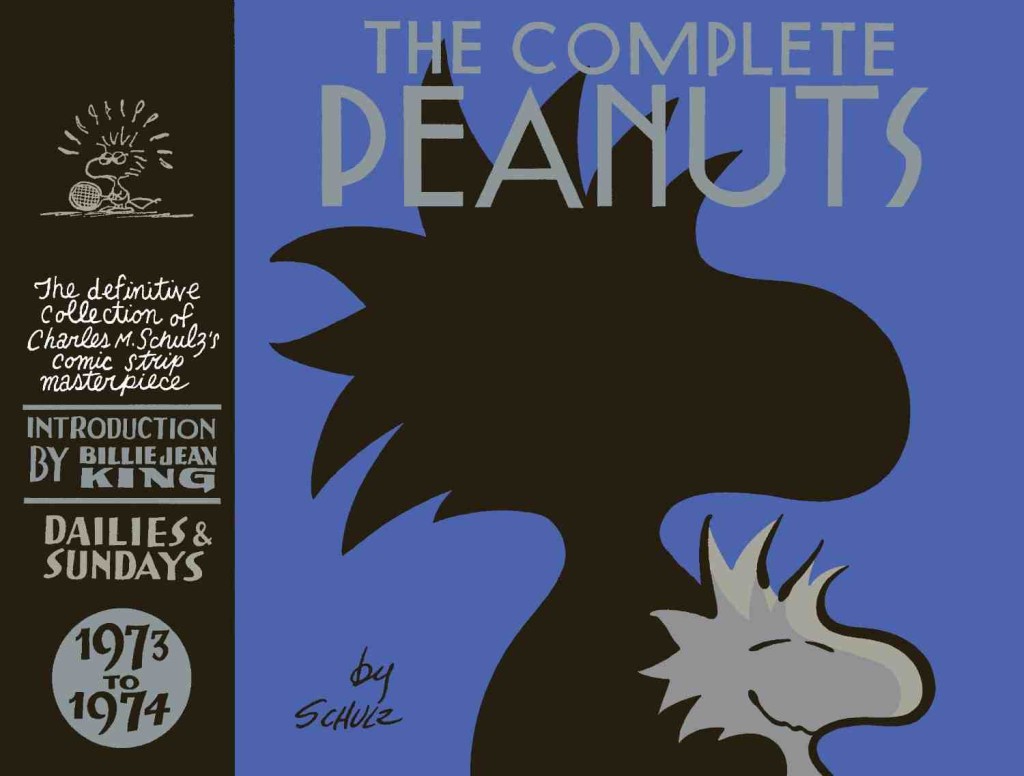 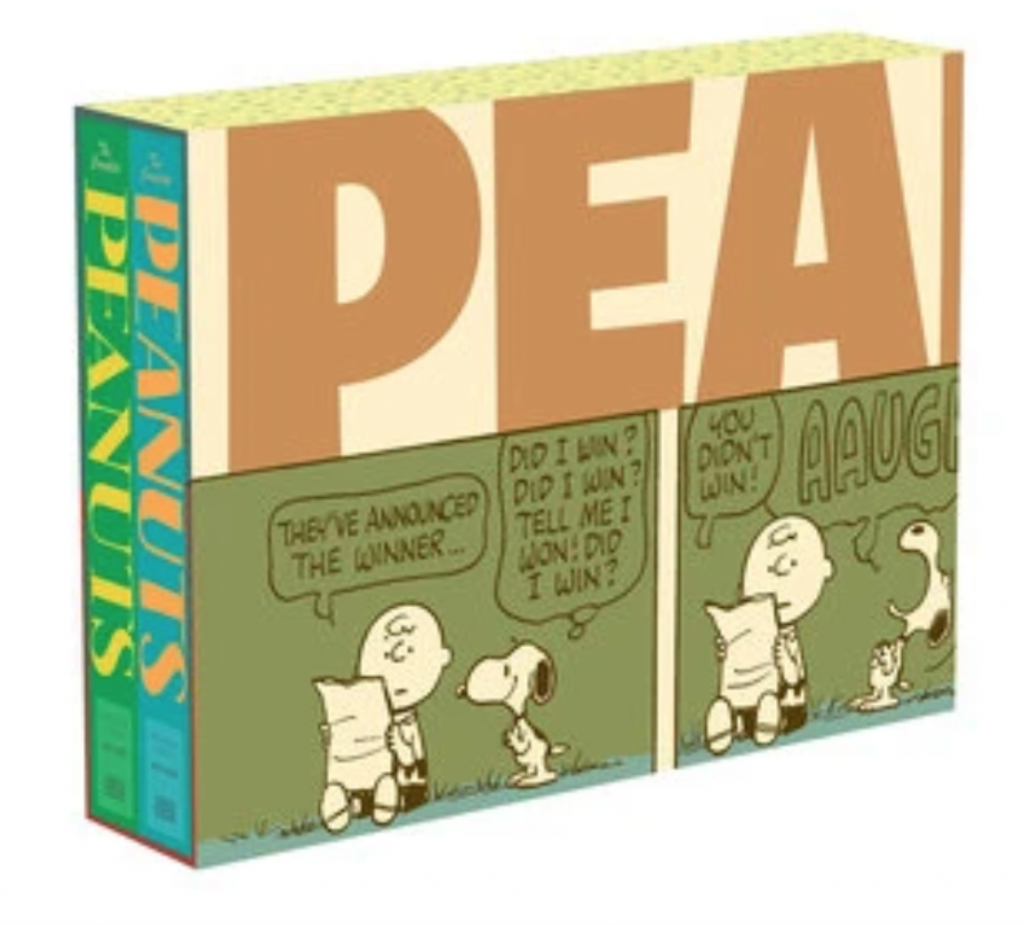 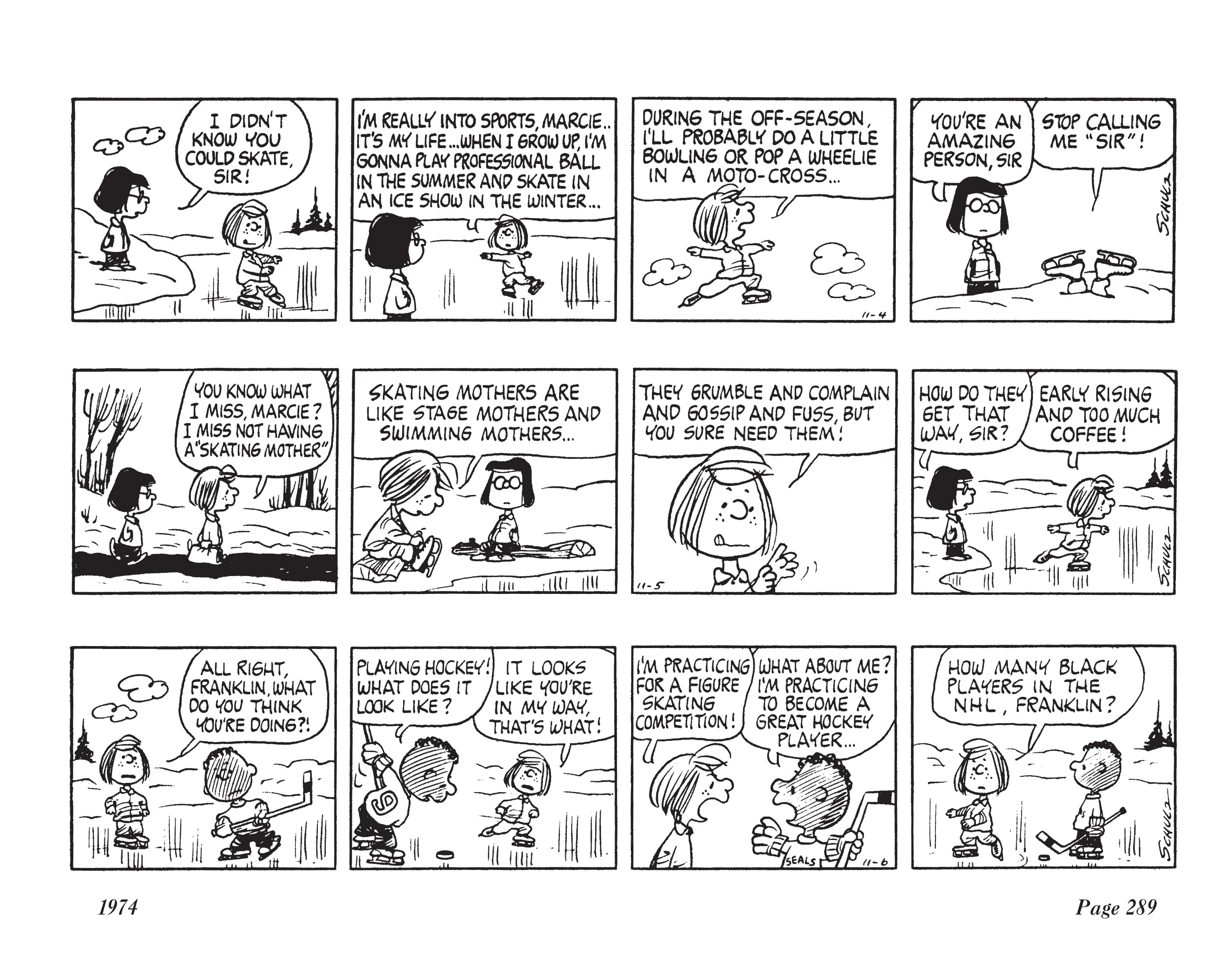 Volume twelve of The Complete Peanuts has one of the best introductions in the series, by Schulz’s longtime friend Billie Jean King, legendary winner of six Wimbledon singles and four US Open titles, World No. 1 for five years. Schulz was a keen tennis player himself, and hosted the Snoopy Cup annually in California. King talks about their relationship of mutual admiration and how Schulz would include her name in strips as a private signal when he wanted to get in touch with her because he knew she’d be reading, wherever she was in the world. Her recollections are especially well-placed in this volume because on September 20th 1973, Billie Jean King destroyed Bobby Riggs in the infamous “Battle of the sexes” exhibition match. She doesn’t mention that in her intro, but an angry Lucy writes a letter in the July 15th Sunday strip: “Dear Bobby Riggs, you were lucky!!!” referring to his easy defeat of champion Margaret Court in May 1973 before King beat him months later.

In this volume Snoopy is nominated for the Daisy Hill Puppy Cup Award, writes more novels (another one of his aliases is “Erich Beagle”) and receives lots more rejection letters: “Dear contributor, we are returning your stupid story. You are a terrible writer. Why do you bother us? We wouldn’t buy one of your stories if you paid us. Leave us alone. Drop dead. Get lost.”

Most of the extended storylines involve sport. Snoopy plays lots of tennis; the gang decides to give Charlie Brown a testimonial dinner to honour his efforts as a baseball manager, even inviting Joe Shlabotnik to be master of ceremonies; Linus and Lucy’s new kid brother ‘Rerun’ is drafted onto the baseball team and a scandal ensues; they try to sell tickets to a charity match on behalf of stomach aches; and in one of the most famous storylines of the 1970s, Charlie Brown begins to see baseballs in every round object he encounters, from the sun and moon to scoops of ice cream. The resulting stress causes him to develop a rash on the back of his head shaped exactly like the seam on a baseball. Wearing a brown paper ‘sack’ over his head to hide his rash, he heads off to summer camp, is elected camp president and becomes the most popular resident ever! “Being with you Mr Sack, has been the greatest experience of my life!” one of the kids tells him. “A prophet is not without honor save in his own country,” he responds. The zaniness concludes with one of the odder devices Schulz had used thus far… until Sally’s conversations with the school building result in it missing her at the weekends.

In the longest sequence in this volume, Peppermint Patty decides to enter a figure skating competition. “I’m really into sports, Marcie.. It’s my life…When I grow up I’m gonna play professional ball in the summer and skate in an ice show in the winter…” She gets help from coach Snoopy, and Marcie’s mother in her quest for victory. On the way she hands out some surprisingly brutal smack talk to Franklin with her usual frankness, which probably brought some letters Schulz’s way. It definitely gives an unexpected jolt to the silliness of the main storyline.

There is some repetition in the strips now, particularly where Snoopy is concerned, but other jokes and characterful situations such as Marcie finally asserting herself, Lucy trying to eliminate her competition for Schroeder’s affections again and Rerun trying to cope with his mother’s bicycling skills make this another excellent volume.