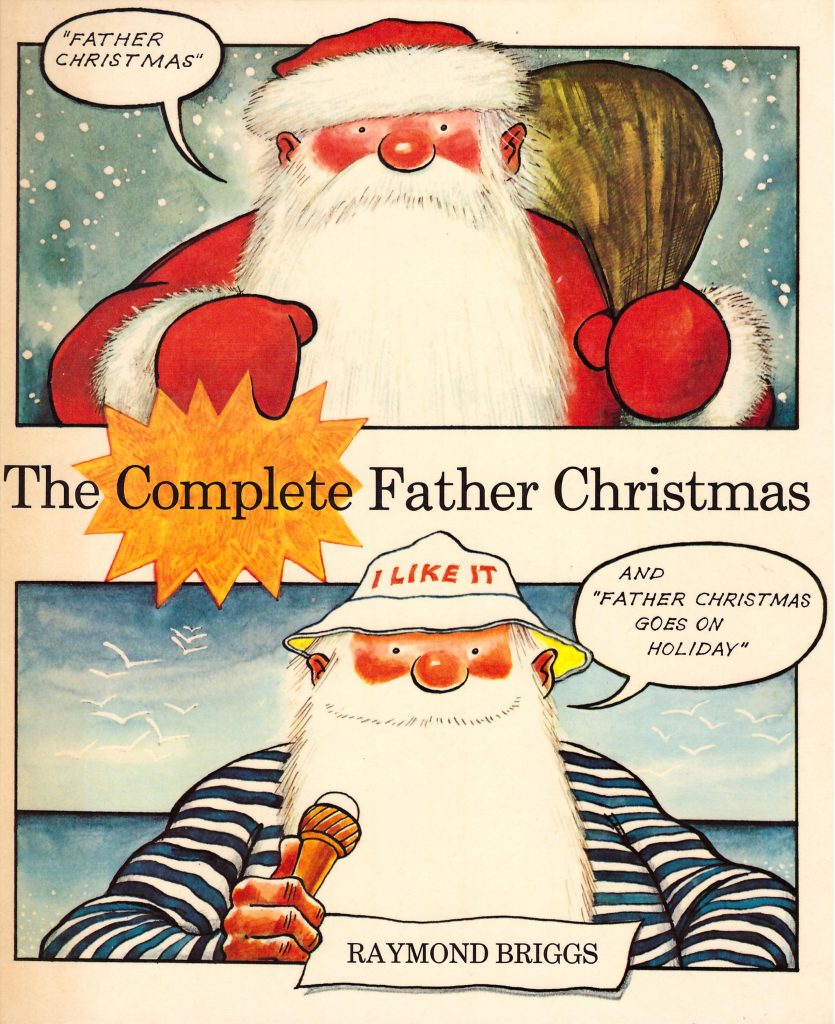 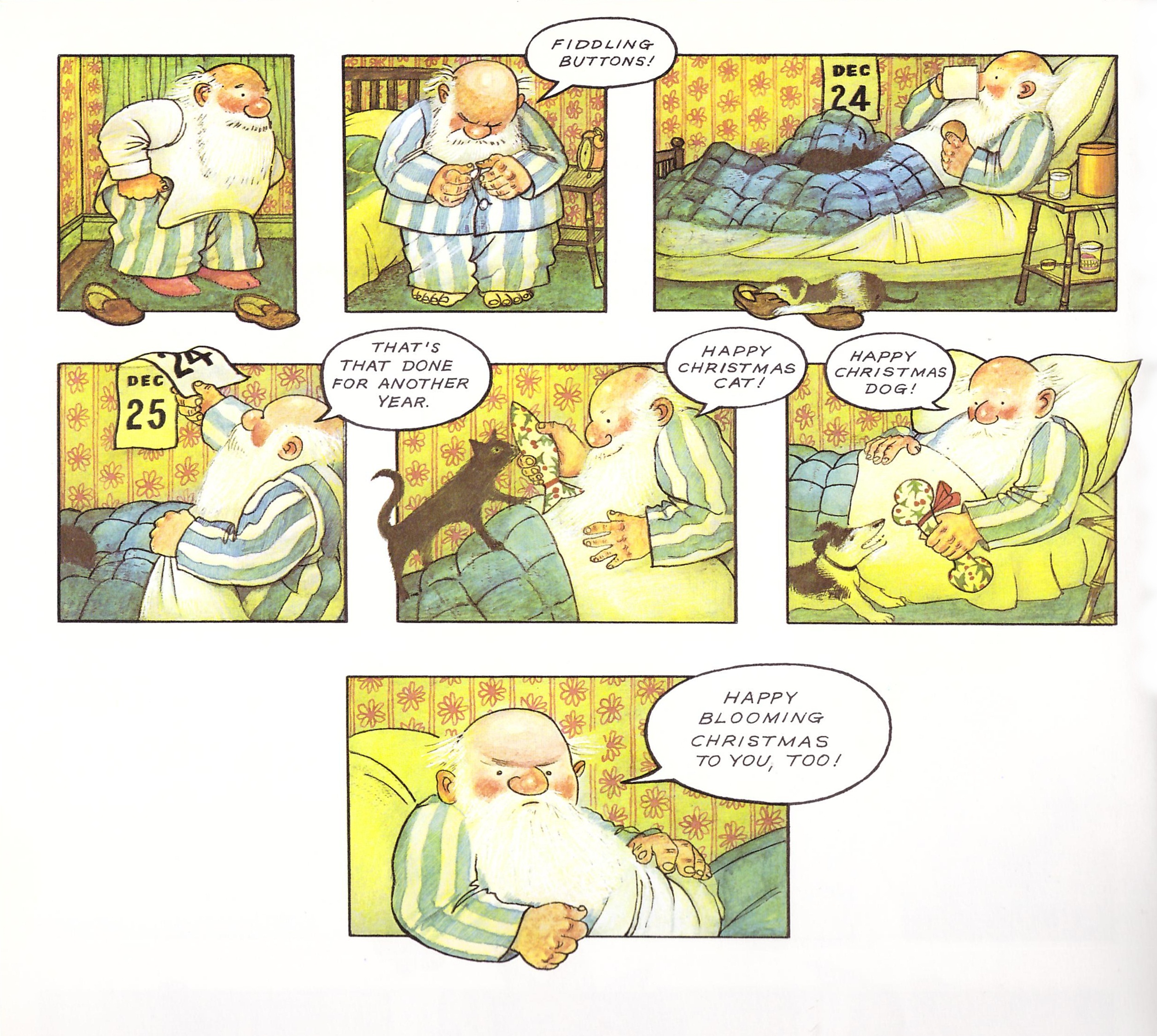 Raymond Briggs was already an award winning children’s book illustrator when he hit upon the idea of a grouchy Father Christmas as star of his own book, and the two stories combined in this hardback edition set Briggs on the way to far wider recognition.

Despite 1960s Britain conjuring up images of Swinging London, the reality for most people around the UK was one of little social progress since the end of World War II, and it was only in the 1970s that change began to creep beyond the capital. Likewise, books for children remained rooted in the values of decades earlier. There were exceptions – the anarchic St Trinians and Molesworth books illustrated by Ronald Searle come to mind – but for the most part Enid Blyton’s comforting creativity and unfailingly polite role models were what children were fed. In that context, Briggs’ grumpy Father Christmas, supposedly the spirit of joyous times after all, was superbly subversive.

In interviews Briggs has said he based his version of Father Christmas on his own father, who’d recently died when he began work on the project (see Ethel and Ernest). His father’s job as a milkman was routine, and he’d grumble about that. Briggs went a step further and repurposes the home he’d grown up in into Father Christmas’ home, with an outside toilet and the cramped feel of the two up, two down British terraced house. He transforms the iconic Santa dispensing presents to every good child in a single night with a cheery wave into someone moaning about the changeable weather as he flies his sled, and complaining about the chimneys being too tight. This is along with some lovely little jokes, such as Father Christmas cheered by the bottle of brandy in one home, accompanied by a note obviously by a child saying his father says Santa should help himself.

Santa taking his summer holiday in the second book is less constrained by routine, so even funnier, although also tinged with tragedy, as Briggs incorporates the places he visited after the death of his wife. Keen for the sun, Father Christmas settles on France as an ideal destination, so practices his French as he converts the sled into a small caravan. The French is an example of Briggs pleasing himself. There are no translations, and it doesn’t matter as the clarity of the drawings and the wonderful expressions are all that’s needed. Briggs gets great mileage from an assortment of unsuitable clothing worn in an attempt to blend in, and it’s a nice touch that it’s always children who recognise him despite that. This is a slightly cheerier Father Christmas, generally enjoying himself, and the self-contained paperback is titled Father Christmas Goes on Holiday.

This combined hardcover edition of what have become two much-loved children’s classics came and went in 1978, and the stories have long been separated back into their constituent parts. It’s the content, not the form that’s important, but if you love Briggs’ Father Christmas this is a used edition worth seeking out.