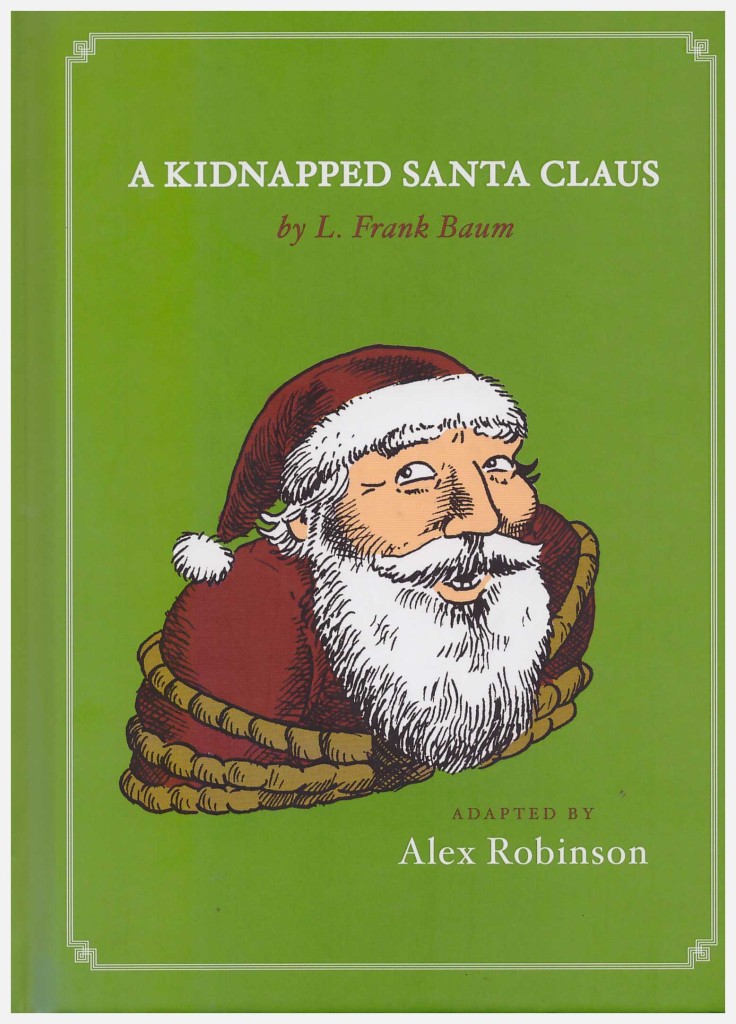 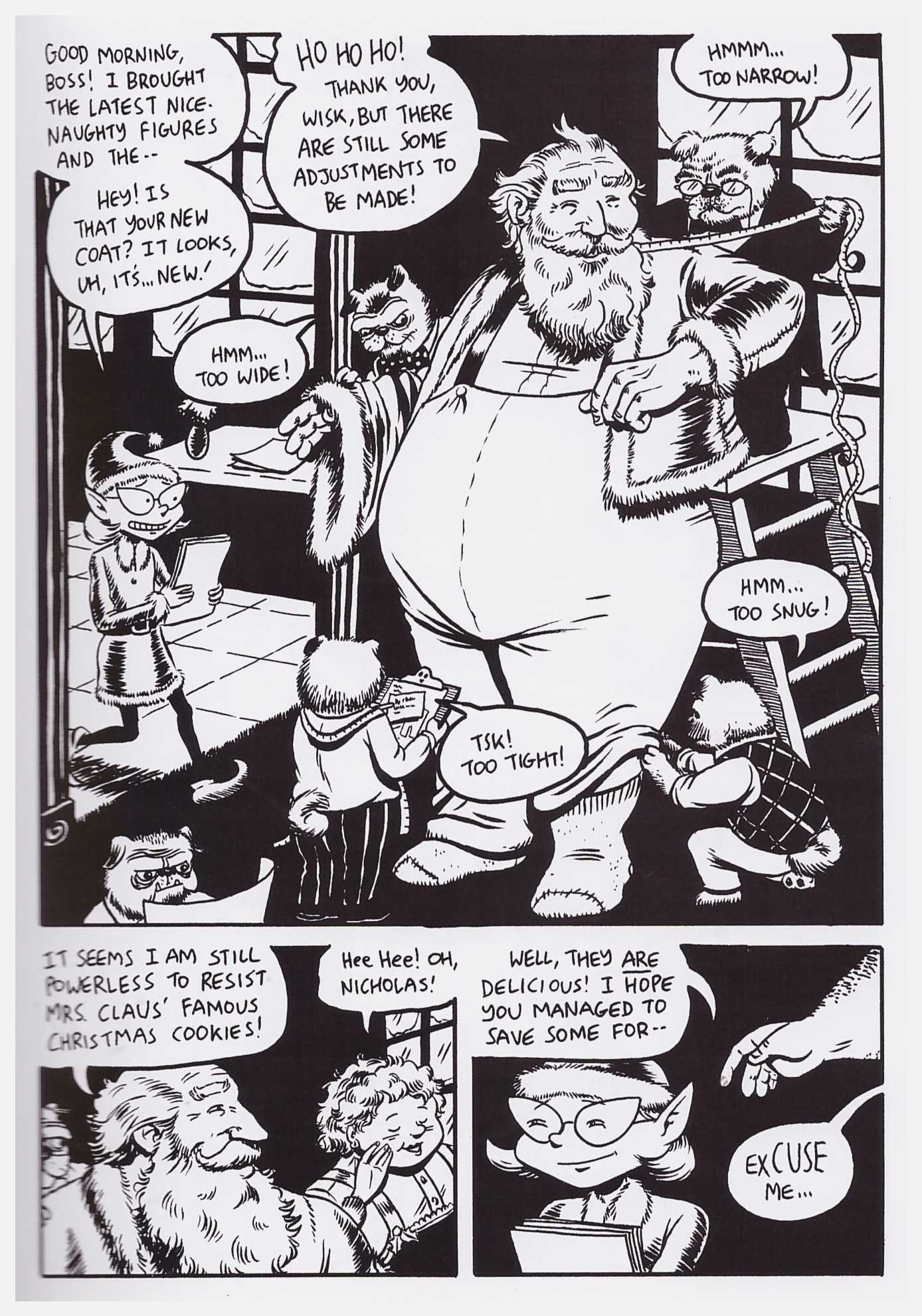 This nicely designed pocket sized hardback adapts L. Frank Baum’s second spotlight on Santa Claus, written as a short story using the same settings as his more ambitious Life and Adventures of Santa Claus, beautifully adapted as a graphic novel by Mike Ploog. Alex Robinson’s art is playful rather than lush and decorative on this rather odd morality tale.

All are happy and cheerful living in Santa’s castle in the Laughing Valley. Cross to the Forest of Burzee, though, and there are daemons, cave residents named Envy, Hatred, Selfishness, Wickedness and the somewhat more ambivalent Repentance. They’re jealous as children no longer visit them due to the contentment derived from receiving Santa’s gifts every year. They’re collectively determined to put an end to his generosity, so causing children to flock to them.

Robinson adds a few modern day touches to the identities assumed by the daemons as they visit Santa, including his own self-caricature, and due to the relatively brief nature of the story has to bulk up matters considerably. The most obvious of these is building the characters of Santa’s helpers, Wisk the fairy and Kilter the Pixie, and Nuter the Ryl, rendering them in broad sitcom strokes. Wisk is now female, calm and efficient, but becomes ditzy around Kilter, while Nuter is gruff and grumpy, but has a heart of gold etc. This is a children’s story after all.

The kidnapping occurs midway through, but the plot meanders a fair bit before everything is resolved. Baum’s reputation relies more on the worlds he conjured than his discursive plots and skimpy characterisation, and along the way that reputation has been considerably enriched via the work of others, be it illustrators or film makers. A Kidnapped Santa Claus isn’t without some charm, but the moralising is muddy, and the connivance of Repentance all too convenient. Robinson brings some life to the odd personifications of vice, and puts the effort in to improving the plot, but his cartooning is an odd match with the subject matter.