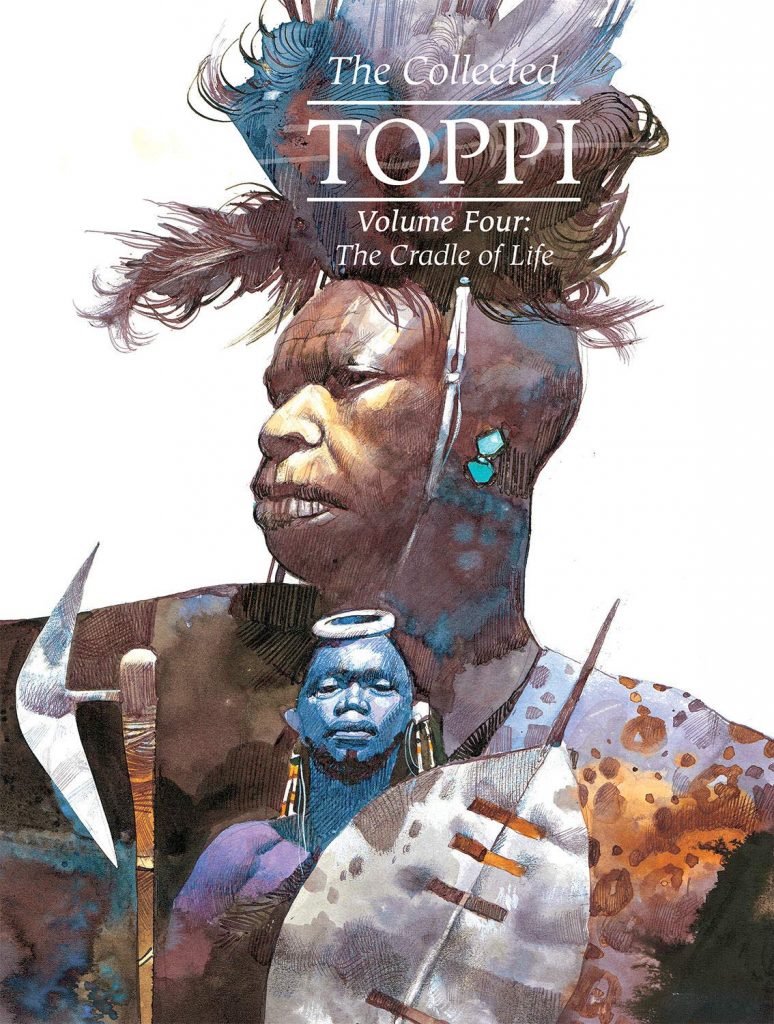 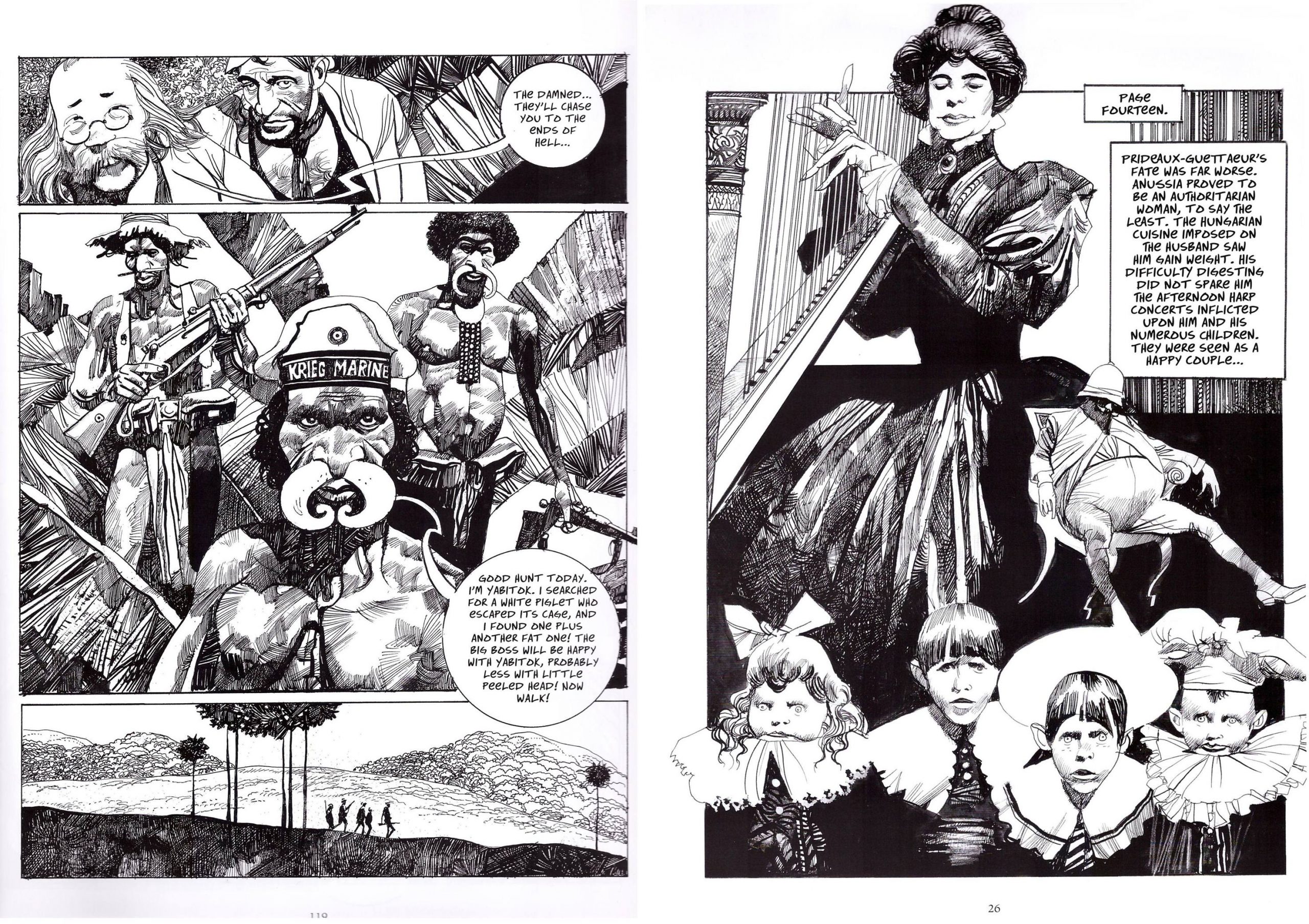 There’s a real comfort to cracking open another volume of The Collected Toppi and knowing it’s going to be quality work from start to finish. While they’re all great, this in common with the previous South America, is marginally more satisfying in restricting the number of stories to five. It gives the situations and personalities more room to breathe. Remarkably, the five stories were produced in four different decades, yet there’s none of the beginner’s uncertainty in the 1976 work, nor any tailing off in the 2011 strip, produced a year before Sergio Toppi’s death. There are differences, the later work slightly looser, or as loose as Toppi’s technique permits, with the detail not quite as worked in, but both are outstandingly drawn.

The Cradle of Life title references events occurring among the world’s oldest civilisations, where the ways of living have remained consistent for centuries, although the actual stories are set in the late 19th and early 20th centuries. The cover displays Toppi’s gift for portraiture, and within there are no patronising or slapdash depictions of people. Whatever their ethnicity, someone drawn by Toppi is given personality and if dignified, dignity, while the rogues are equally distinctive. As with Toppi’s consideration of artistic rules, that doesn’t always apply. His opening two stories require a narrator, a trader in antiques and cultural artefacts, and Toppi supplies an eccentric elderly stalk of a man, yet look at the collection of rogues on the left hand sample art. It’s from the longest story, clocking in at 43 pages, a veritable epic for Toppi allowing the thorough exploration of the remote South Seas. While he shares sensibilities with Hugo Pratt, this is the closest Toppi comes to producing a Corto Maltese imitation, although it’s no pastiche, it’s a strong story in his own unique style.

Even although only five stories are featured, it’s likely everyone will have their own personal favourite. The shortest is set in Australia where a couple of ne’erdowells evading the police meet an old native man with a limited vocabulary, but an honest one able to recognise people for what they are. Rogues frequently come in pairs in Toppi’s stories, and another pair feature in his second trip to Africa, this time Southern bush country where a callous rancher indulges a sadistic hunter. In common with so many who wish others ill throughout this book, power is all they comprehend, and their lack of wider understanding is their undoing. The first African story, chronologically the last, obviously stems from Toppi wanting to indulge himself in drawing African animals, and features a powerful warrior needing to learn a lesson.

All five tales feature some form of mysticism, an eternal truth or an eternal trust, blake but even within that the opener stands apart. It’s the tale of a totem taking its time to enact revenge, and features the wonderfully ridiculous children seen in the sample art. Here it’s an object named the Kokombo that represents the ancient world, while the final decades of imperial Europe provide the setting, Toppi relishing the ornate period fashions every bit as much as he does African wildlife in the subsequent stories.

Every one of The Collected Toppi volumes to date is an astonishing repository of great comics, and this is no different. Next is The Eastern Path. 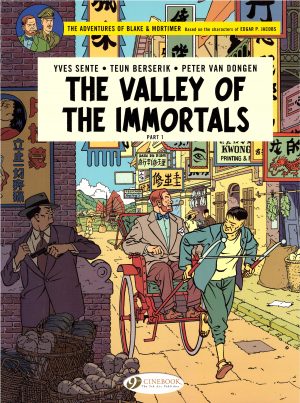