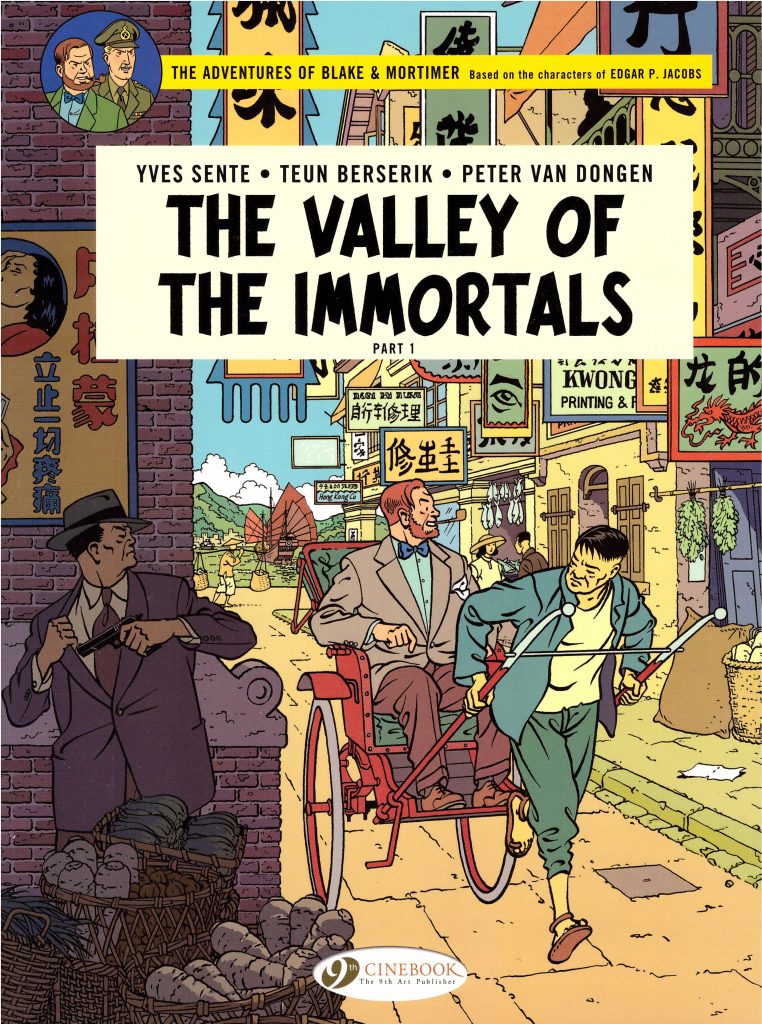 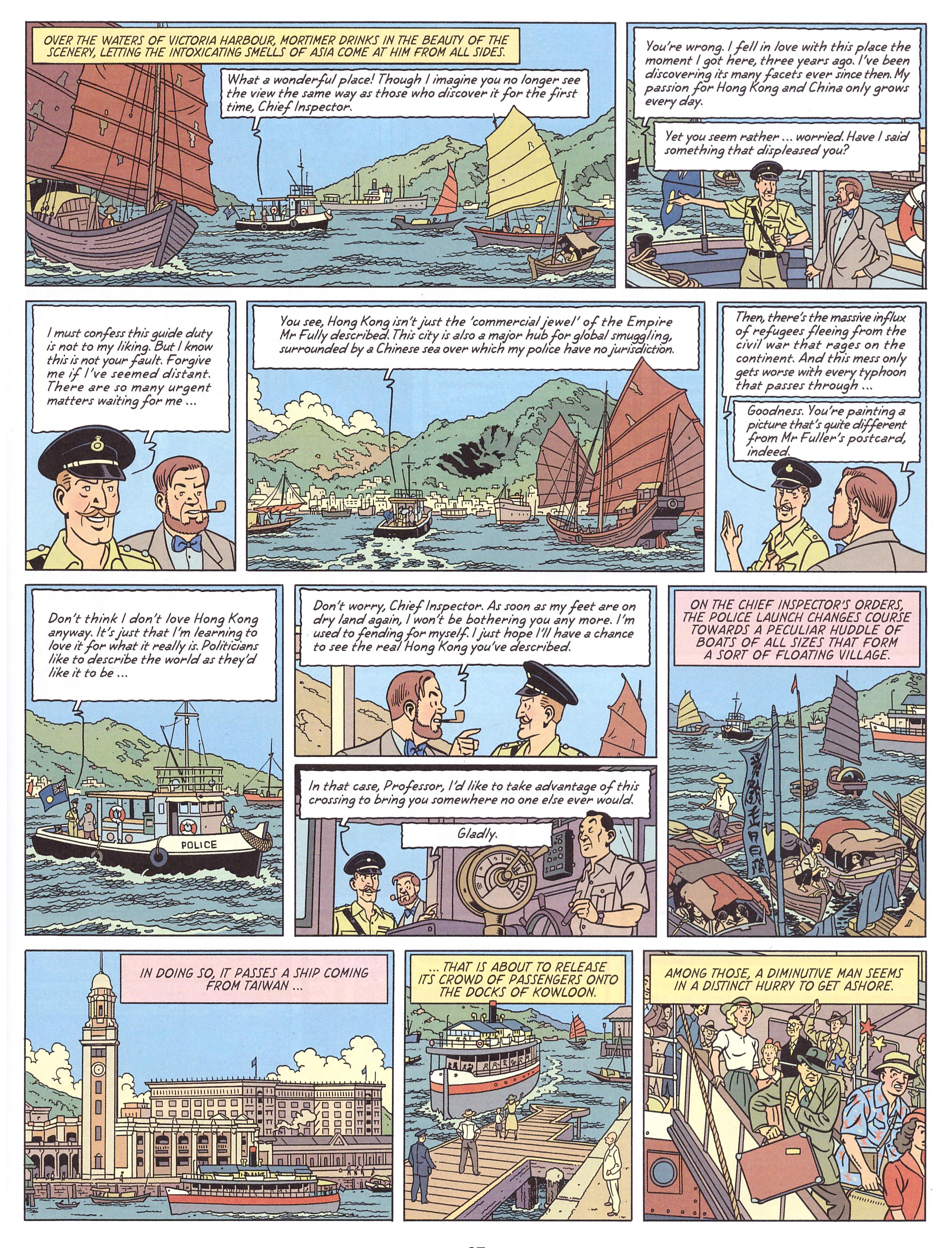 Since new Blake and Mortimer stories began to be commissioned in 1996, the most frequent writer has been Yves Sente, and not coincidentally, his have also been the best plots, showing a greater complexity than the original stories and drawing on historical events. This opening part of The Valley of the Immortals exemplifies that, presenting a search for lost historical artefacts fraught with danger.

Sente begins with a Chinese museum curator evacuating cultural treasures ahead of the Communists over-running the country in the late 1940s. A chance discovery during the process reveals a hidden communication from the era of China’s first emperor, and it refers to a second, also hidden in a small figurine. Sente has these events run simultaneously to Blake and Mortimer’s involvement in The Secret of the Swordfish, after which he details how all-purpose enemy Olrik survived that conclusion.

Given that his previous Dutch graphic novels were hugely influenced by the art of Blake and Mortimer creator Edgar P. Jacobs, Peter van Dongen is a natural artistic choice for the feature, and he collaborates with Teun Berserik, better known for animation. Their clever cover is a homage to a panel from the Tintin story The Blue Lotus, which had Tintin pulled on a rickshaw through a more crowded street, assorted shop signs looming above him. It’s also an indication of the thought and detail supplied by the art, which comes across as the story the artists have waited a lifetime to draw. They’ve researched the cultural clash of Hong Kong in the late 1940s, and illustrate the beautiful colonial architecture alongside the traditional, creating some phenomenal individual panels, a dozen per page common, yet never sacrificing story for decoration.

Amid the chaos Warlord Li Hsi considers himself China’s rightful ruler by descent, while Blake and Mortimer are charged with protecting the British interest in Hong Kong. Sente delves deep into Chinese history, the key being the mystery of how the first Emperor prevailed over his enemies to unite a nation, along the way nipping and tucking points of Blake and Mortimer continuity or dropping hints of the future, although always unobtrusively. Beyond that both Blake and Mortimer are in Hong Kong individually working on defence, Mortimer applying his scientific expertise to create a new, futuristic system. The complexity of the plot and its various players requires some explanation, and in places Sente almost approaches the word per panel totals of the older Jacobs stories, yet like Jacobs at his best, it’s never to a point where it loses readers.

We’re told this is only Part 1 on the cover, and a cliffhanger ending contains a revelation leading into The Thousandth Arm of the Mekong.