The Adventures of Blake & Mortimer: The Valley of the Immortals Part 2 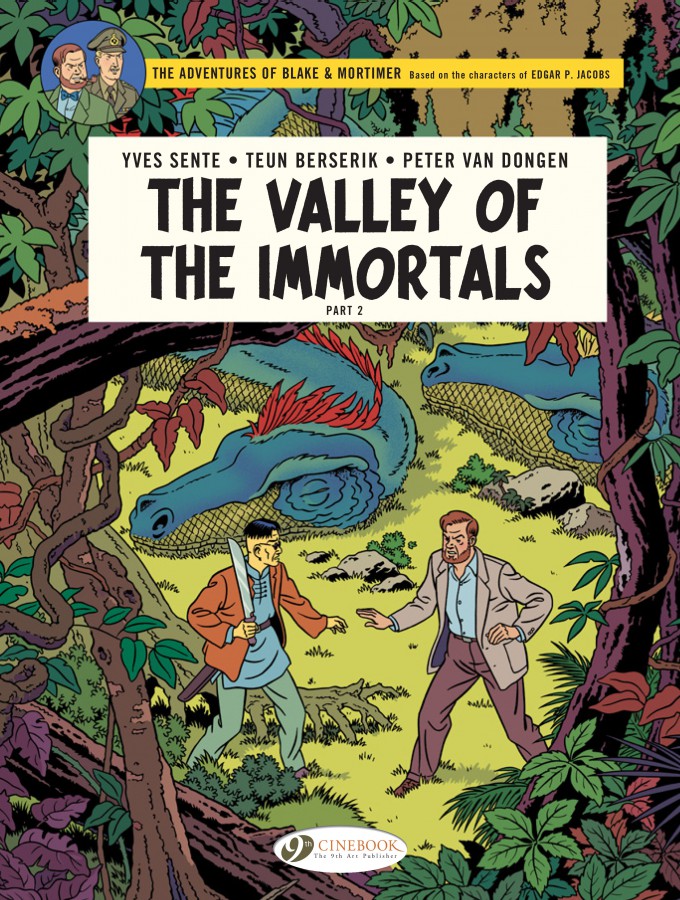 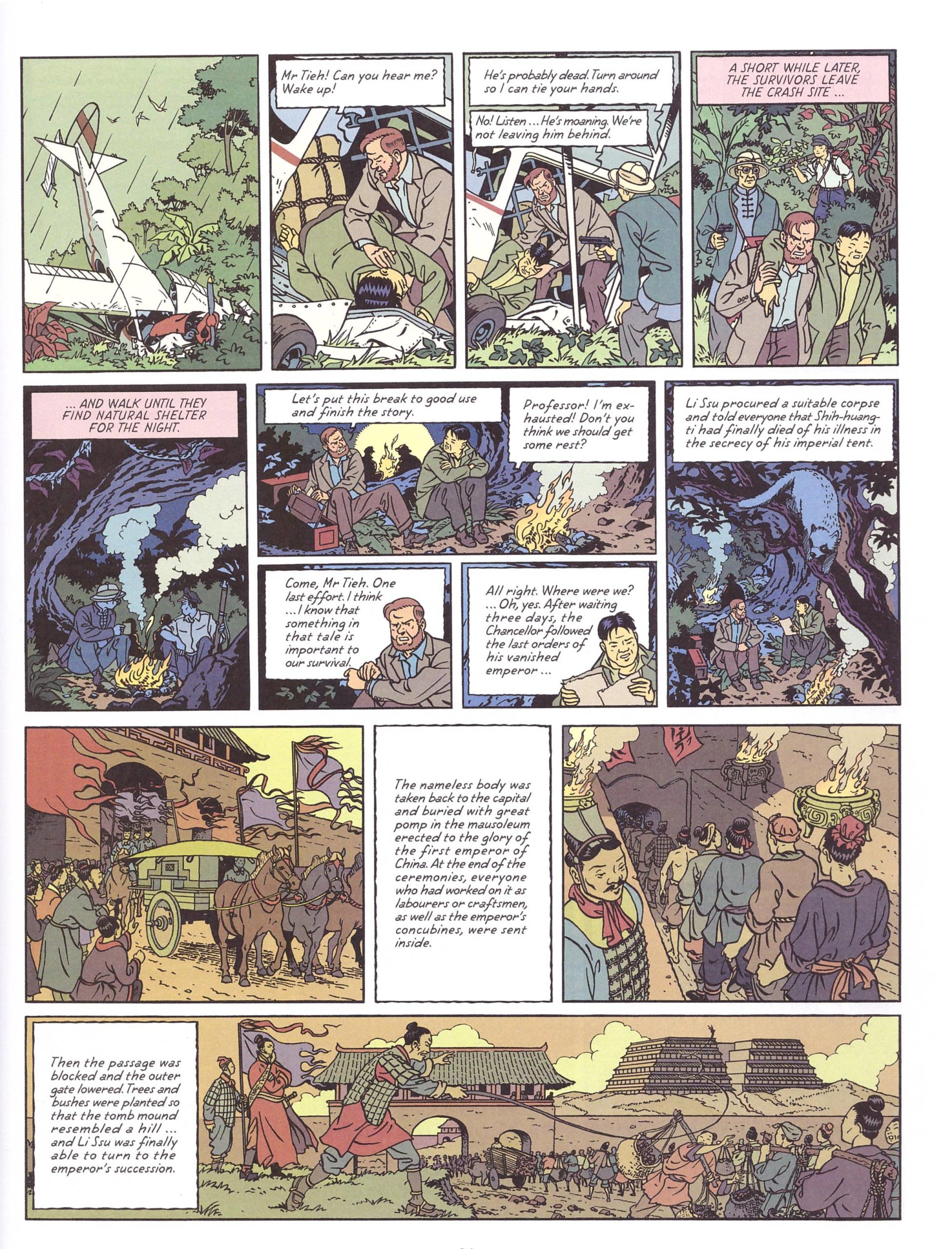 The two parts of The Valley of the Immortals are another dip back into the past from Yves Sente, cleverly setting his story just after Blake and Mortimer’s creator Edgar P. Jacobs’ first adventure of theirs, The Secret of the Swordfish. An accomplished Part 1, now referred to as Threat Over Hong Kong, ended with Professor Mortimer subdued and abducted, the early pages here showing a disguised Olrik driving him from Hong Kong into China while Blake’s concerned about his missing friend. The cover only refers to Part 2, but inside this conclusion is titled The Thousandth Arm of the Mekong.

The cover scene looks like a standard stand-off, an unarmed Mortimer endangered, but the eye then falls on the slumbering dragons. It’s a smart shock. The sample page typifies the visual density artists Teun Berserik and Peter Van Dongen supply, ten intricately detailed panels to the page being commonplace, and frequently more. Their evocation of scenery is phenomenal over thirteen panels on a page devoted to an overnight camp in the forest. One small panel is two people talking, seen from a distance, illuminated by fire and with the branches of a twisting tree in the foreground framing them. It’s a beautiful small panel, but given the additional touch of a red panda in the tree branches. The artistic thought and wonder astonishes again and again.

Chinese warlord General Li Hsi wants to validate his claim to rule China via his ancestry, and Sente filters the story of how China was united through both volumes, relating how the first Emperor Shi-huang-ti came to power and the type of person he was. That’s petty and murderous, with no gratitude for those who inspired and helped him, and the meaning of the title is introduced as toward the end of his life he begins to fear death and is desperately searching for a mythical valley that may prolong his life. Such is Sente’s skill at weaving what’s read from long lost historical documents that these sequences are just as compelling as the main story. Treachery and deception ensue, but the convincing nature of historical record introduces a viable mystical realism clashing with the logic of readers’ brains as it does with Mortimer’s worldview, and from halfway spurs the plot. Is the cover symbolic or has Sente introduced a new mysticism to the world of Blake and Mortimer?

A troublesome aspect of Blake and Mortimer’s adventures is how fate so often conspires to pit them against Olrik, and although this is technically only his second appearance, it’s pleasing that his is a minor part, although setting up a spectacular finish. It may appear as if Sente has piled too much into his plot, but by now there should be some certainty that his construction is impeccable, and the pieces slot together in surprising and wonderful ways.

The Thousandth Arm of the Mekong looks beautiful and reads beautifully. We have Jacobs to thank for his creation of Blake and Mortimer, but Sente and his collaborators consistently top all but his best work.