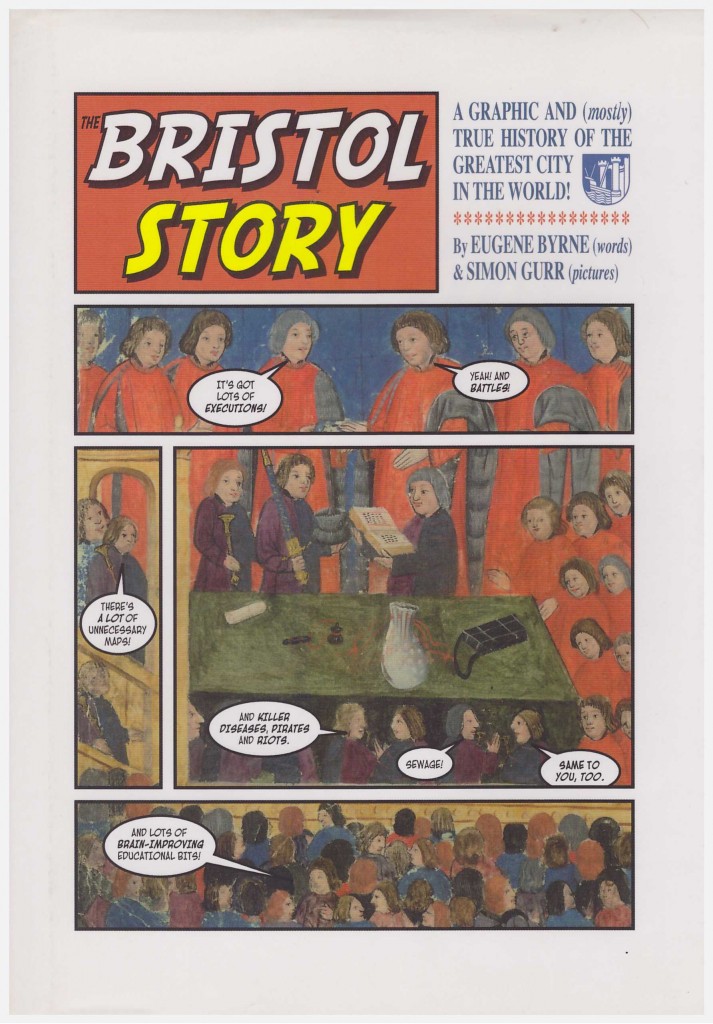 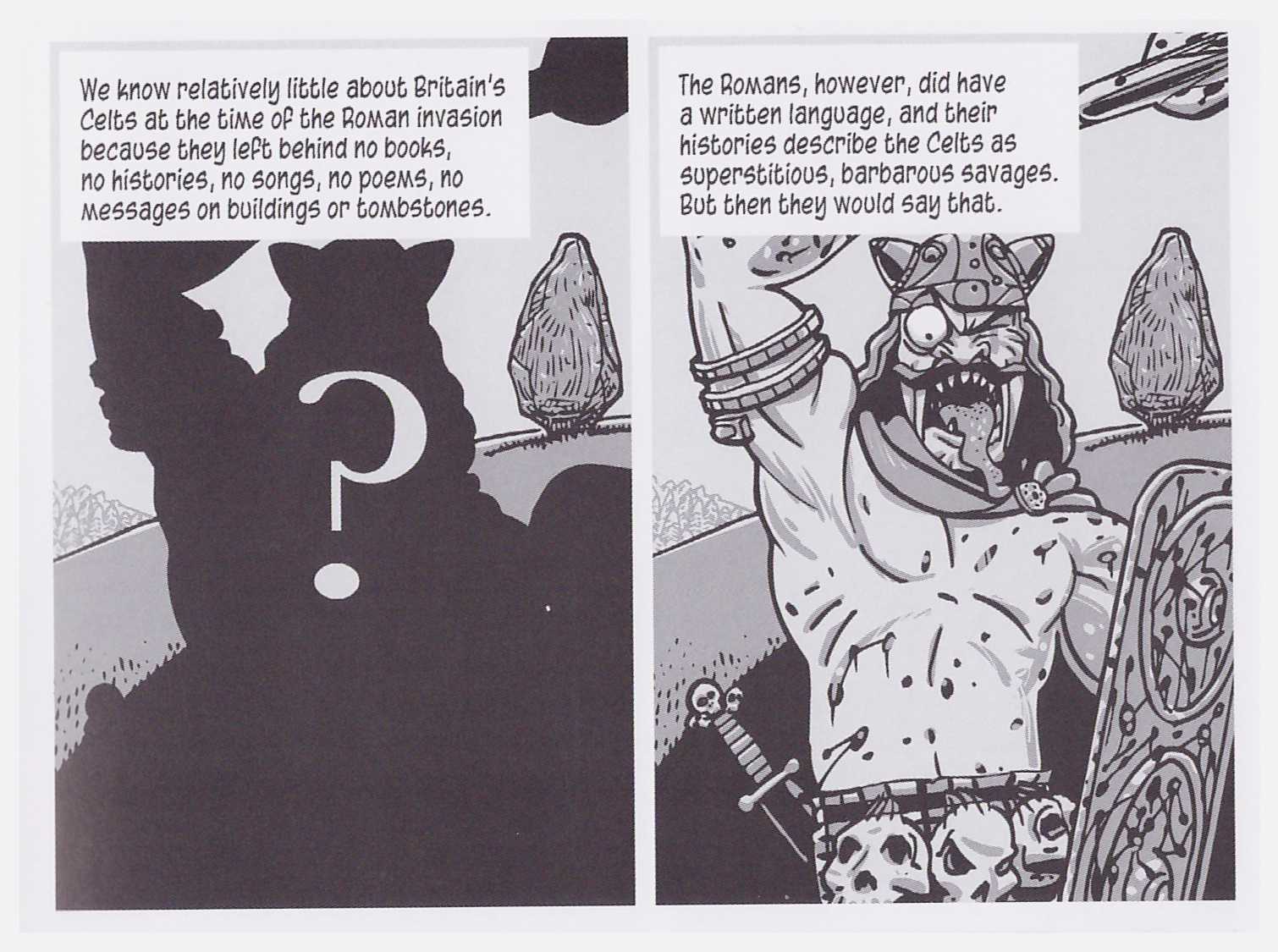 The Bristol Story is neither fish nor fowl as far as graphic novels are concerned, designed to impart the history of South-West England’s largest city in bite-size chunks to a teenage audience. It’s predominantly text with illustration with some traditional comic sections thrown in. As such it’s both achievement and oddity, with engagement entirely dependent on a desire to learn more about Bristol. The project originated with the Bristol Cultural Development Partnership deciding in 2008 that their annual city-wide reading project for teenagers shouldn’t be a classic novel as previously, but an easily digestible compressed history of the city. Acquiring the funding, they produced it themselves.

For those wanting to learn The Bristol Story packs a wealth of direct and incidental information: 15th century cranes were operated by a man in a large hamster wheel; Bristolian John Harington designed the flush toilet as we know it while in exile for translating the salacious parts of Orlando Furioso, and Cary Grant’s father had his mother committed to an asylum in order to continue an affair.

The book takes a conversational tone, much in the manner of Larry Gonick’s Cartoon History Of... series, and given a brief to pack 2000 years of history into 193 pages, space is at a premium. As comics, it’s not the most successful combination, with Eugene Byrne’s text very often compressing Simon Gurr’s artistic contributions into smaller and smaller parcels.

Gurr’s art is adequate in the limited space allotted, and when there’s space his designs are playfully imaginative. World War II is detailed in Commando comic style, complete with the odd typeset text, and lettering for the dark ages section mimics illuminated manuscripts. An engaging series of sidebars spotlights the famous, the worthy and the eccentric from Bristol’s past, endearingly portrayed in the form of cigarette cards with an illustration and opposing text. That, though is not enough to recommend The Bristol Story to those with no interest in the history of Bristol.