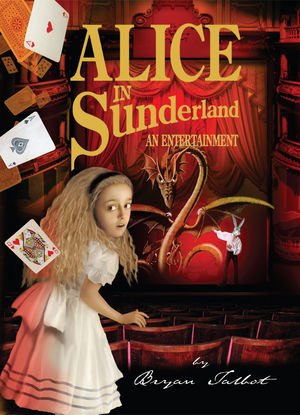 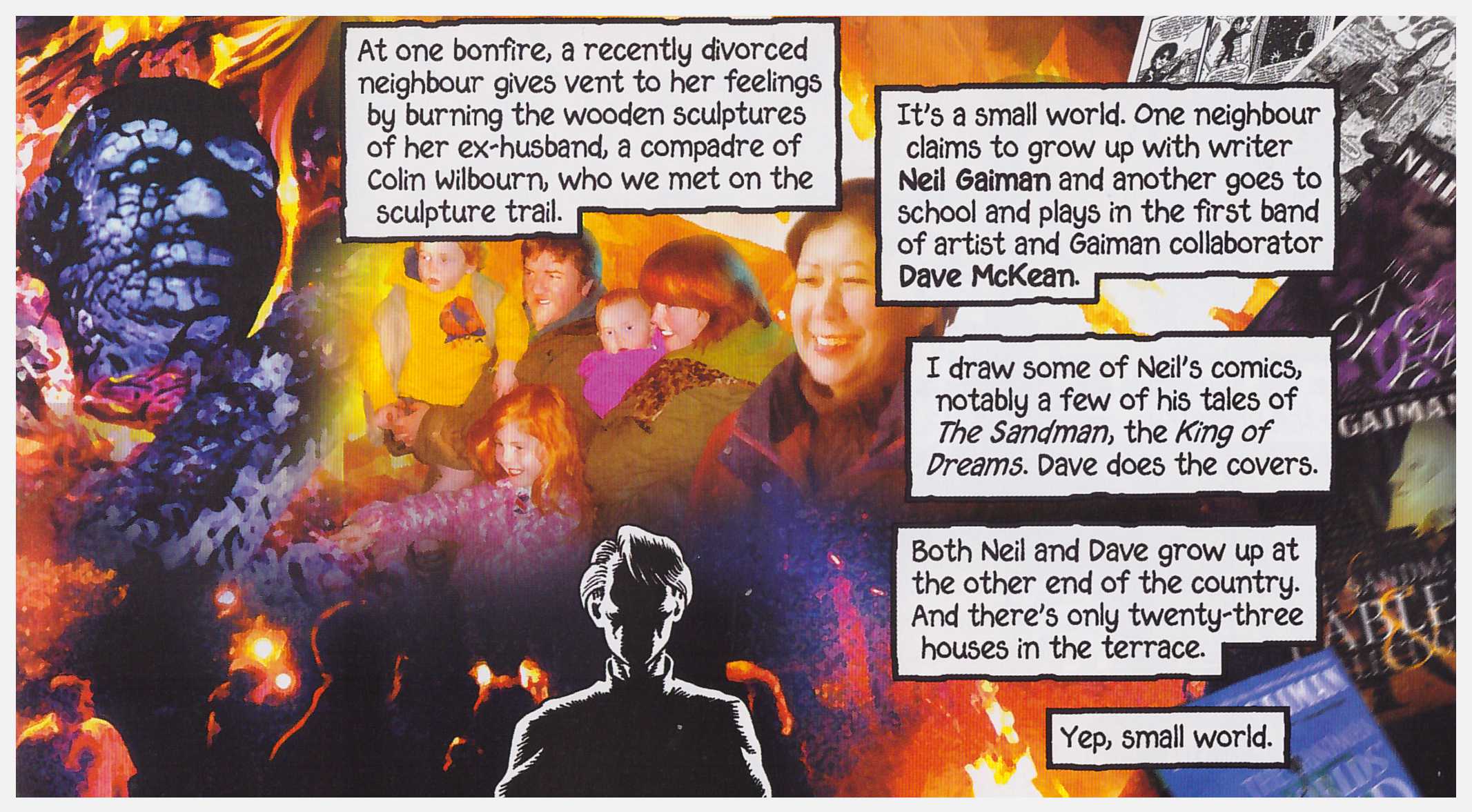 Bryan Talbot broke new ground with Alice in Sunderland, presenting a loving, detail-packed history of his adopted home town entwined with a study of how the city influenced Lewis Carroll’s creation of Alice in Wonderland. It’s a mythical tour de force that encompasses the Venerable Bede and Sid James, George W. Bush and George Formby, the Hartlepool monkey and the Lambton worm. Talbot himself acts as tour guide, adopting various identities from initiating the proceedings on the stage of the Sunderland Empire, referring to the remaining content as a variety show.

The result of his musings is a stunning piece of artistry, a scrapbook into which Talbot throws in pretty well every form of two-dimensional art at some stage. There’s photography, calligraphy, computer-generated jiggery-pokery, montage, comics as illustrated manuscript, ligne claire, Tenniel style and boys’ own adventure, abstraction and portraiture. It’s certainly the first comics equivalent of the musical mash-up. The format has antecedents, and that of Scott McCloud is acknowledged, but none cast the net anywhere near as widely as Talbot. It’s an incisive point made by Rob Maher that the disparate presentation of Alice in Sunderland ensures that a graphic novel is the sole medium in which it would work.

A primary reason this does work is due to Talbot’s engaging and enquiring personality, which is integral to the presentation beyond his presence as narrator. Much autobiographical detail personalises the educational aspects and illuminates a mind as packed as Talbot’s cabinet of curiosities. There appear to be few topics in which he has little interest, yet this polymath approach never sinks into dry tedium. He’s well aware when detail might overwhelm, and there’s always a moment to break the mood. A particularly endearing intimacy occurs midway through when Talbot awakens, begins to draw the sequence that opens the book, and his pondering of the suitability of illustrating a dream escalates into self-doubt about the worthiness of the project and possible lack of audience. That he constructed the entire framework from that dream speaks volumes about Talbot’s creative skills.

The subject of greatest focus is Lewis Carroll, whose obsessions have in turn been greatly obsessed upon. The central thesis here is that successive generations of Oxford scholars have whitewashed Sunderland from Carroll’s influences, and a wide-ranging exploration of Carroll’s life and work certainly provides a compelling case for restoration. It’s tempting to draw a comparison between Carroll’s fondness for whimsy and Talbot’s approach to this work, but that may be reading too much into coincidence.

To stretch the music metaphor a little further, the artist could be logged as Bryan Talbot featuring… Yes, Talbot carries the weight, but in keeping with the stated variety show theme there’s a page turned over to Leo Baxendale, who could be considered Britain’s equivalent to Jack Kirby. Talbot interviews creators involved in the regenerations of the old Sunderland docks, and Michael Bute, himself a Lewis Carroll scholar.

Don’t come to Alice in Sunderland with the expectation of a linear story along the lines of Talbot’s other notable work. Here the shamanic and proselytising elements of his creative impulses take precedence, to deliver a gloriously meandering and self-referential project. It’s rare that an artistic creator of any stripe delivers career peaks so polarised as this and The Tale of One Bad Rat, never mind Talbot’s other work. Talbot is a creator to be cherished. 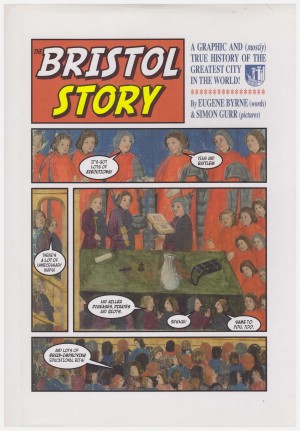