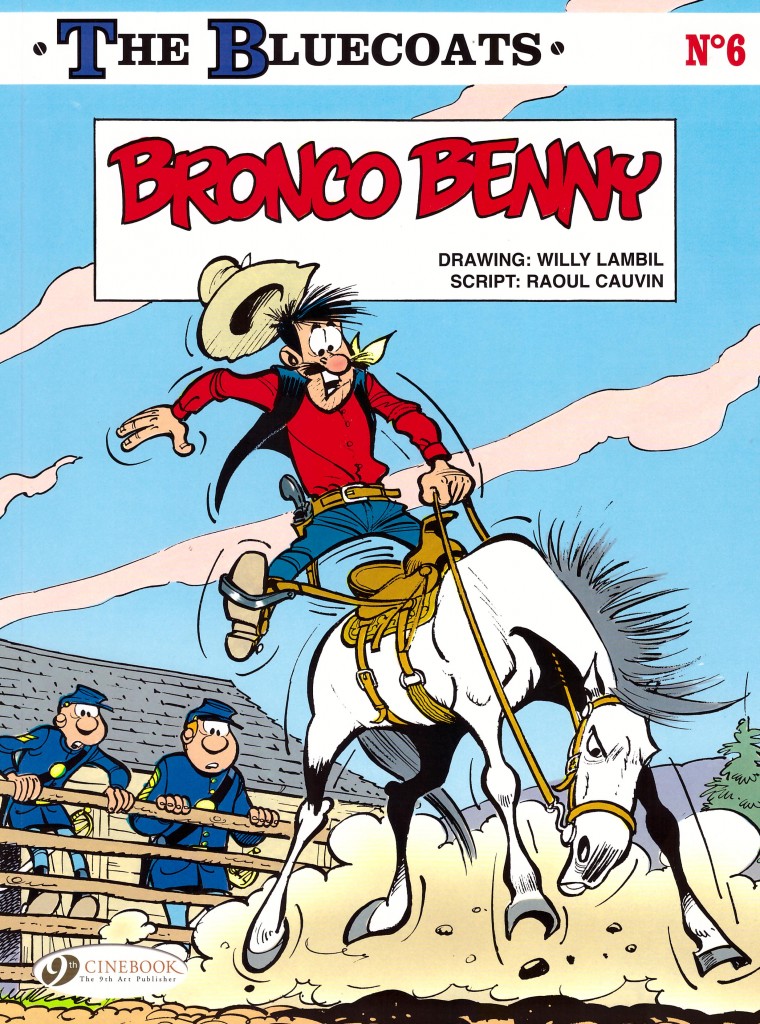 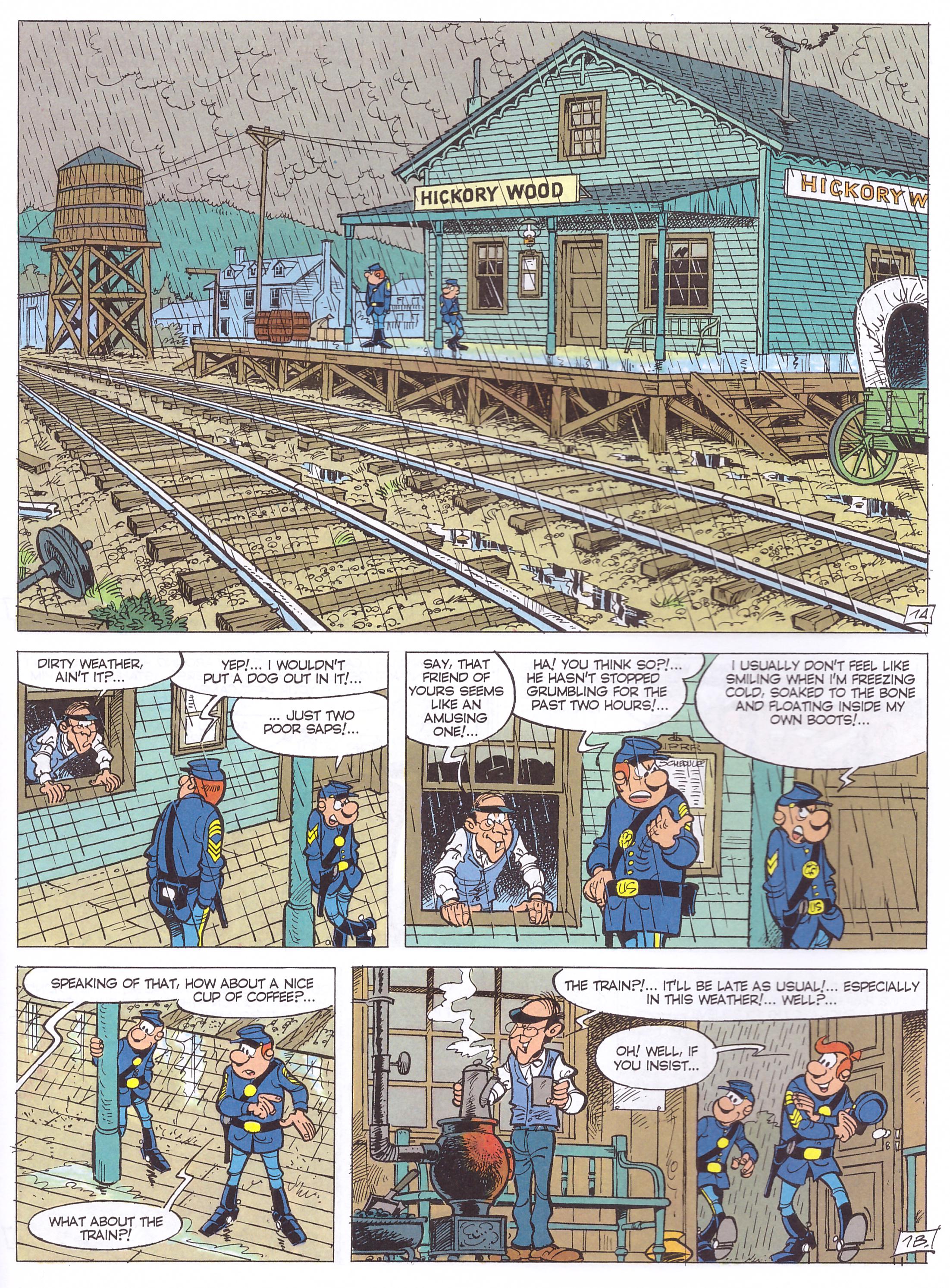 Although it’s only the sixth Cinebook release, in chronological order this is actually the sixteenth Bluecoats graphic novel. After finding his way over the first ten or so, writer Raoul Calvin hit his stride, and this is another smoothly constructed comedy adventure.

Sgt Chesterfield and Corporal Blutch are charged with obtaining some horses for a cavalry charge when replacements supplied by the army prove unsuitable. These are wild horses and the greatest asset the pair have is the near silent company of Bronco Benny, a legendary horse breaker who only comes alive at the sight of a horse. The complications are unpredictable enough to keep readers guessing, and there are plenty of character-building asides providing a depth to the strip. An example is the unscrupulous army administrator who’s quite willing to take funds allocated for soldiers’ wages to buy horses on the basis that after the cavalry charge using those horses enough of them will be dead to ensure there’s no financial shortfall. It’s extremely unusual to find this level of cynicism in what’s ostensibly a comedy adventure intended for children.

Even in the earlier books there wasn’t a problem with the art supplied by Willy Lambil, and as the series has progressed so has his ambition. The large opening panel of Chesterfield and Blutch waiting at a remote station in the pouring rain is beautifully composed, conveying the characters of both with the weather reflecting on their mood. Elsewhere the script offers Lambil plenty more opportunities to shine with larger illustrations and he excels with the carnage of the battlefield or the dangers lurking in the canyon. When it comes to creating a visual design he conceives memorable characters, and the pages of the top officers discussing plans display this, as does the title character. Bronco Benny communicates by spitting rather than with words, so it’s entirely up to Lambil to convey him to the readership, and he delivers beautifully by illustrating a grubby man who’s determination personified.

Another unusual aspect of The Bluecoats is that this isn’t a strip where everyone ends up happy around the campfire with the village bard bound and gagged. The adventure is good, the laughs are fine, but sometimes not everything works to plan, and Bronco Benny exemplifies this.

Cinebook’s numbering follows this with the earlier Blues in the Mud, but they’ve also published the English version of the next story chronologically, El Padre.