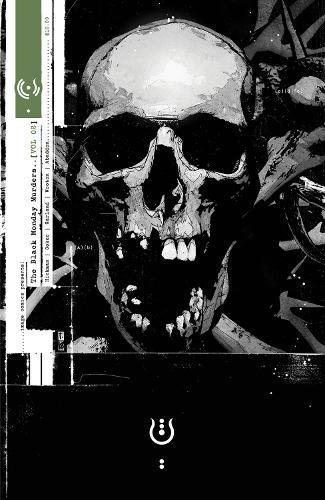 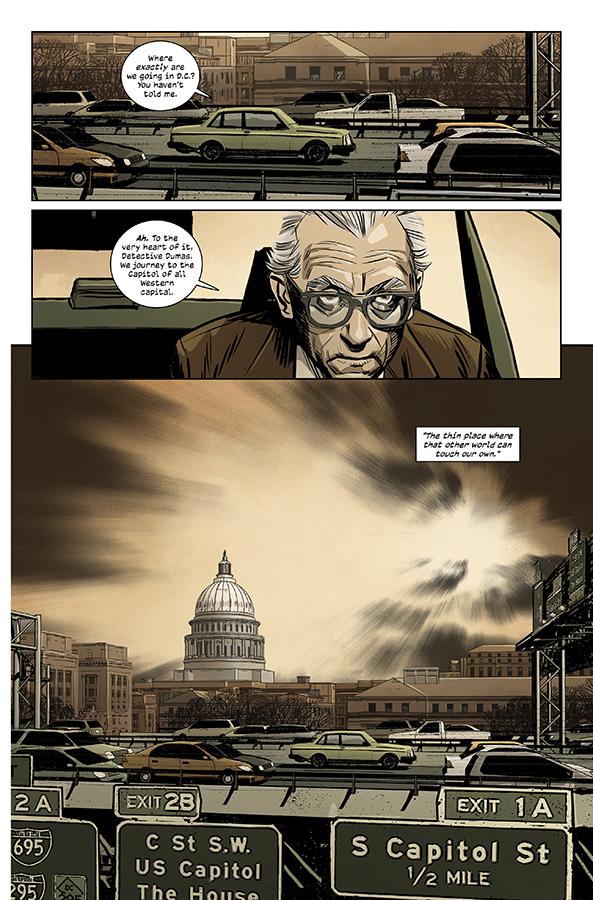 Having hinted at an equation between the acquisition of wealth and the supernatural in All Hail Mammon, over the course of The Scales Jonathan Hickman spreads his net further. Among the initial salvo he lays out CIA complicity in overseas assassinations and attributes over half the world’s wealth being owned by sixty families as fraud.

In story terms, the Caina-Kankrin investment bank have experienced a relatively peaceful few decades since a power play failed in the late 1980s. In 2016, however, two events have dramatically shifted the status quo. The first is the death of Daniel Rothschild, initiating a murder investigation handed to Detective Theodore Dumas, a tenacious and inquisitive man with uncanny instincts. The second is the re-emergence of Grigoria Rothschild to take her twin brother’s seat of power, with a terrifying accomplice and some scores to settle.

Over All Hail Mammon Tomm Coker was the epitome of restrained brilliance, creating a world of old money and the characters who manipulate it. There was glamour and beauty and a stunning set of locations. In Scales he’s able to broaden his scope. The blood flows copiously and gruesomely, Coker not shying away from the horror, and he also provides glimpses into another world. Everything is superbly drawn. Other artists surely look upon his work and weep.

With his dropping of ancient family names and constantly being on the cusp of revealing something when in fact he’s prompting further questions, Hickman is surely channelling Thomas Pynchon into graphic novels. There is further information to be mined from the supplementary text pages, which aren’t just there for the padding, so when at one point a character demands revenge for Irena Koslov, you’ll know their motivation. However, in common with some Pynchon, Hickman has problems creating anyone vaguely sympathetic in his cast of demons and fools. Dumas is the single hope, but he’s not on panel enough. Can we believe him over the final pages? The discovery will be interesting.

The Black Monday Murders title becomes a little clearer with the revelation that the stock market crash of 1987 has immense significance. It occurred on what was labelled ‘Black Monday’. Of similar significance is that much of the drama of 2016 refers to events of 1987. We’ll surely find out a little more in volume 3. Just to note, this is a serialised story, and there’s no point in jumping on board here.