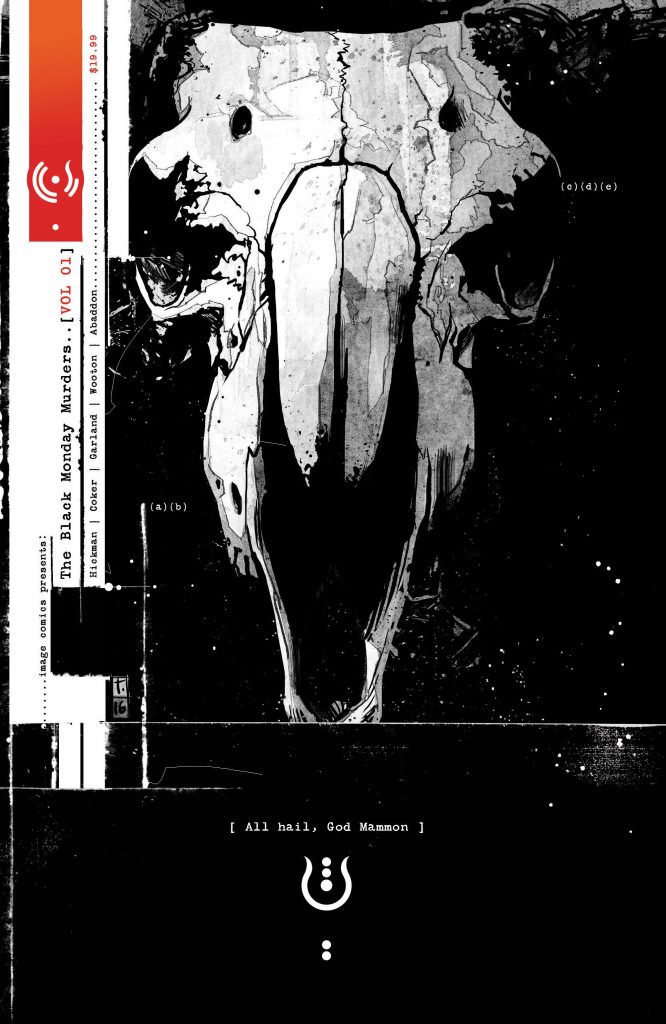 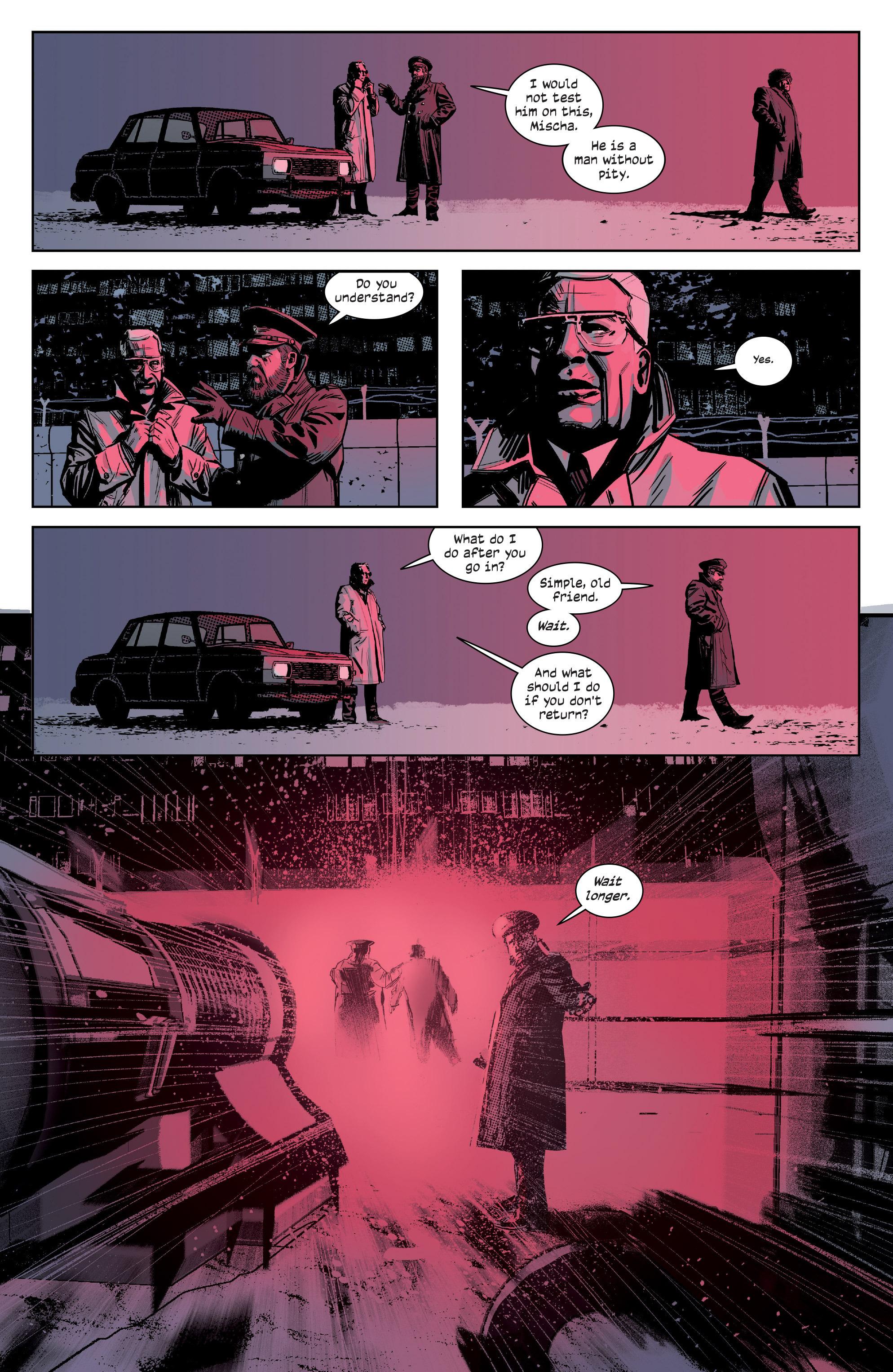 Before becoming known for long and complex superhero sagas Jonathan Hickman had a lot to say about the state of the world, why he thought it was in that state, and who was responsible. He returns to those concerns with The Black Monday Murders, presenting a longstanding organisation, the Caina-Kankrin investment bank, uniting Western and Eastern financial traditions. They combine the acquisition of money with the ceremonies and symbolism of a religion. When one of their directors is found dead, it opens a police investigation, and because his instincts are at an uncanny level, Detective Theodore Dumas is placed in charge.

Hickman is playing a very long game, toying with the often fostered conspiracy theory that an elite cabal of financiers control the world. As far as this is concerned they may not exactly do that, but neither is there an elected official who can stand in their way. There are over two hundred story pages in All Hail Mammon, and by the end we’ve learned very little beyond names and dates. There has been a conspiracy in the 1980s, and it failed. Or did it? There is an ancient language, possibly the world’s first, that very few understand. A family member has been brought back in from the cold. Consumption of blood seems to be literal and de rigeur among certain types, and everything has a price to be paid. Everything.

As we burrow down into the minutae, at times it almost becomes dull, but Hickman’s not without an awareness, and will throw in a shocking scene or glimpse of the past, like a sardine to a captive seal. The comic strip pages have information pieces sifted between them, a list of bankers heading an influential group from 1929 to the 1980s, the investigation sheet of Detective Dumas, interview transcripts, and other documents, some partially redacted. It all builds up the feeling of an investigation more solid than the usual shorthand procedures enabled in graphic novels.

Tomm Coker is the ideal artist for this sort of dark reality, capable of glamour and the emptiness behind the eyes, while ensuring almost every location and person is kept as real as possible. As we’re dealing with the pursuit of money, stately old buildings are featured, alongside almost bare offices and other, stranger places, and they all look phenomenal. However, his cast are even better, each of them utterly distinctive, if sometimes featuring in cut and paste moments, three dimensional and unique.

Not everyone has the patience for Hickman’s ambitious storytelling methods, and if you’re among that group then Black Monday Murders isn’t the graphic novel series for you. It’s as if with every succeeding project Hickman experiments with how far he can push an audience. Gods, this must have been a frustrating series to follow as individual comics, yet his track record proves he can be trusted to deliver in the end. The Scales is next. 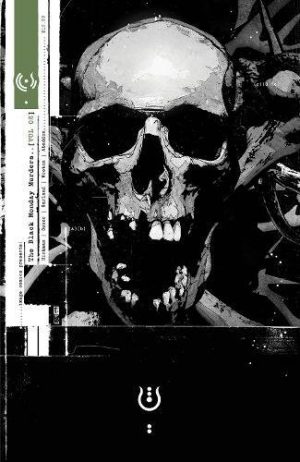