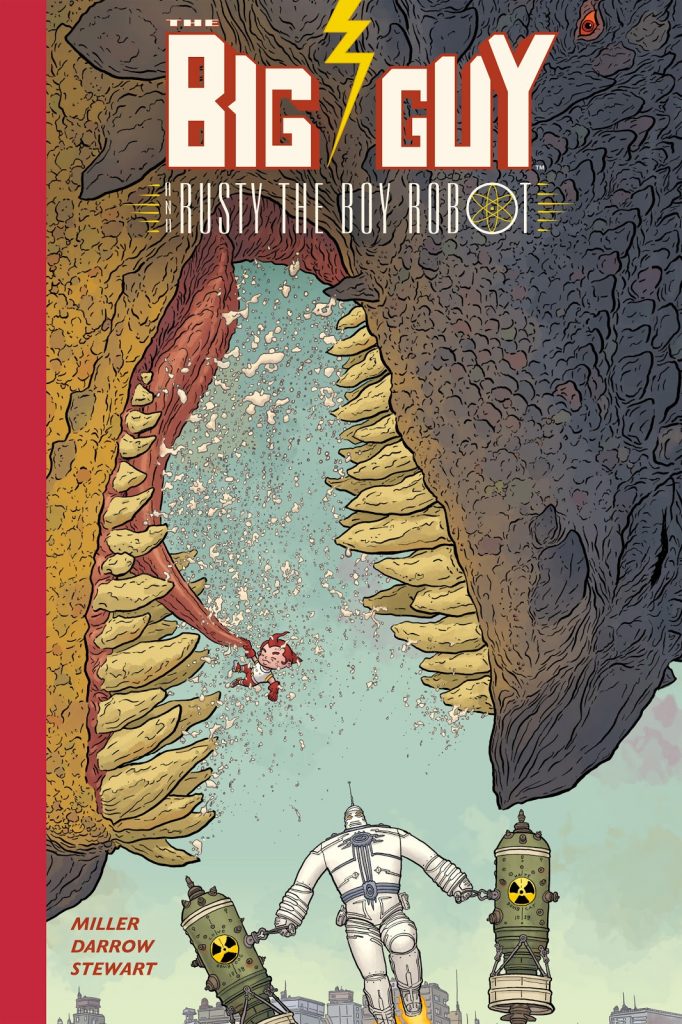 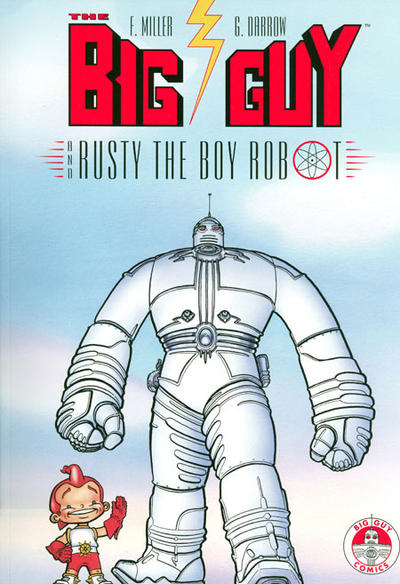 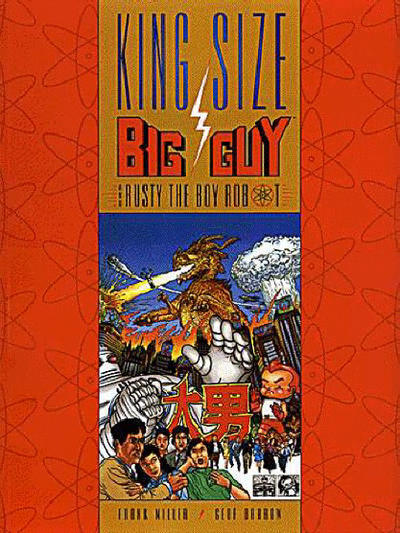 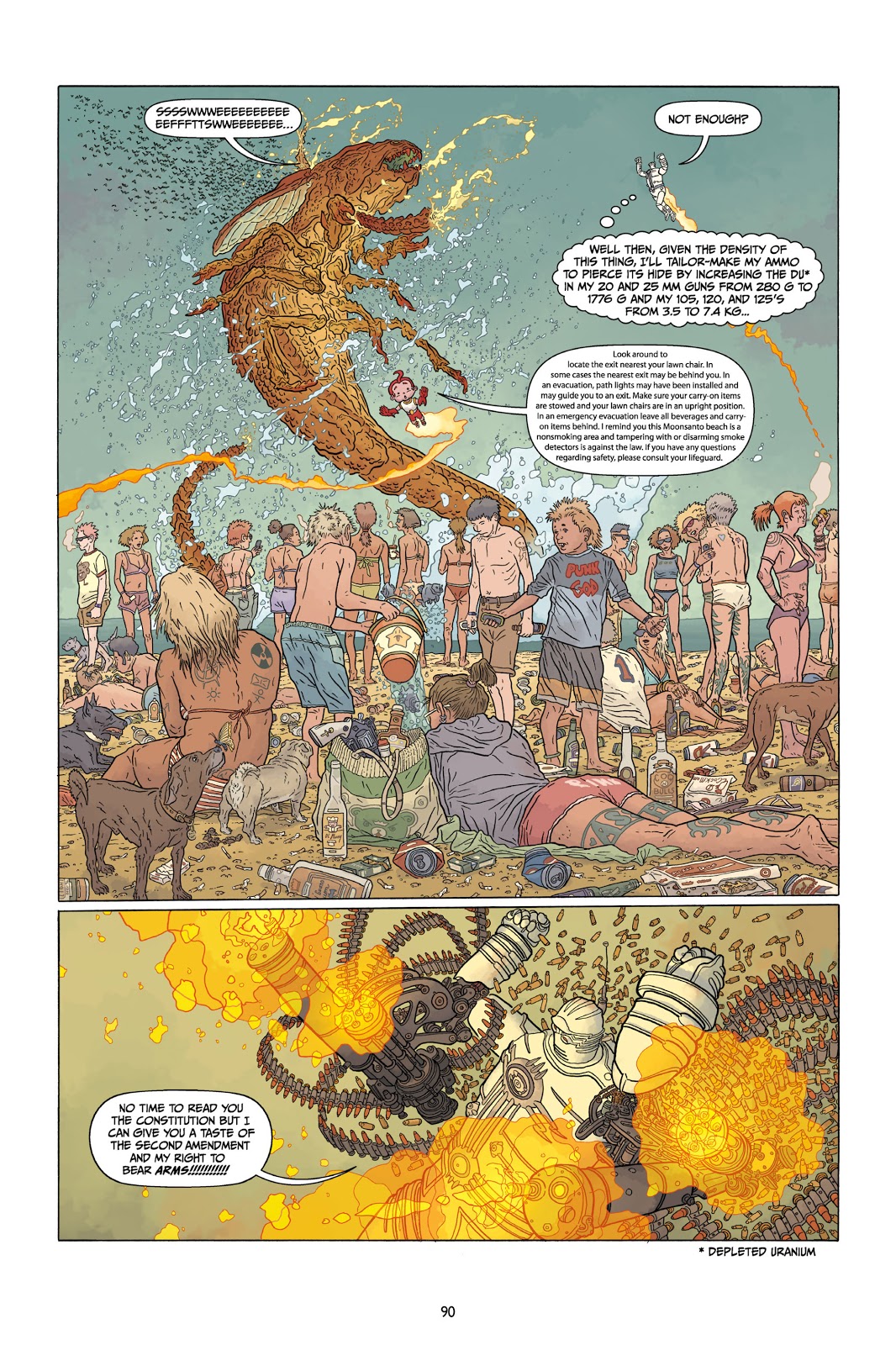 Above all else, robots are an artefact of personal childhood mythology: a synthesis of comics and toys and cartoons absorbed without inhibition as your brain was laying out the blueprints of the mature person you became. They’re always going to taste of fear and wonder and uncomplicated joy. That doesn’t mean you can’t revisit them with adult eyes and sensibilities, only that the results might be a little… off-kilter.

The Big Guy and Rusty, the Boy Robot was an occasional but intense collaboration between legendary creators Frank Miller and Geof Darrow: a gloriously madcap, stridently ironic tribute to 1950s/1960s B-movie madness and a post-modern love letter to the magic of Osamu Tezuka’s Astro Boy. Like Bosch or Brueghel, Darrow’s exuberant, meticulously extravagant, manically-detailed tableaux churns with life and macabre animation whilst Miller plays with revered plot tropes and movie memes and takes measured swipes at contemporary American society.

It all begins with ‘Rusty Fights Alone!’ as a landmark genetics experiment in Japan opens a doorway to ancient supernal terror, releasing a demonic beast that rampages through Tokyo devouring and transforming the populace into monsters. With police and defence forces helpless, the authorities have only one hope: a plucky prototype android boy determined to do his best.

Concluding chapter ‘The Big Guy Kicks Butt!’ introduces a blockbusting, armed and armoured mammoth mechanoid. It’s programmed with the amiable personality of a salt-of-the-earth US GI and carrying the acme of American ordnance deployed to save the city and the world. It’s a knock-down, drag-out no-holds barred battle that devastates everything, but ultimately true grit and American know-how win the day. In the aftermath, the battered warrior-bot is lauded by the survivors and awarded the rather annoying little robot as his eternal companion, sidekick and protégé.

Added extras include a hilarious spoof cover gallery by Darrow and colourist Dave Stewart plus an extra vignette of comics fun. ‘Terror Comes on the Fourth!!!!!!’ finds the mechanoid marvels battling a disgusting giant bug-beast menacing Moonsanto Beach with its genetic atrocities, just as vacationing patriots seek to celebrate the nation’s birthday. Not on the rowdy, righteous robots’ watch, no sirree!

Topped off with a bevy of brillant pin-ups by Darrow, and guest cameos from Todd McFarlane’s Spawn and Joe Quesada and Jimmy Palmiotti’s Ash, this is a bombastic, blustering action riot: a sly pastiche dipped in satire and a powerfully self-indulgent treat for unrepentant kids of all ages.