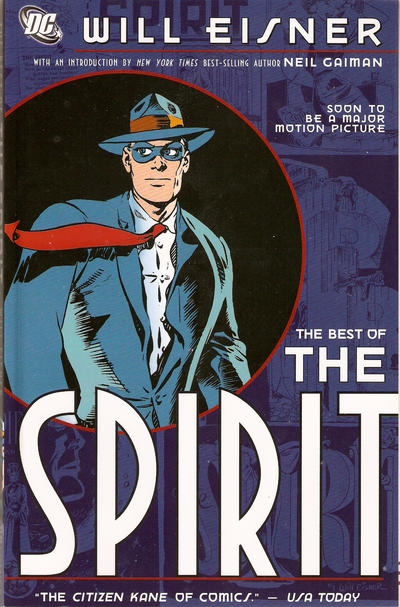 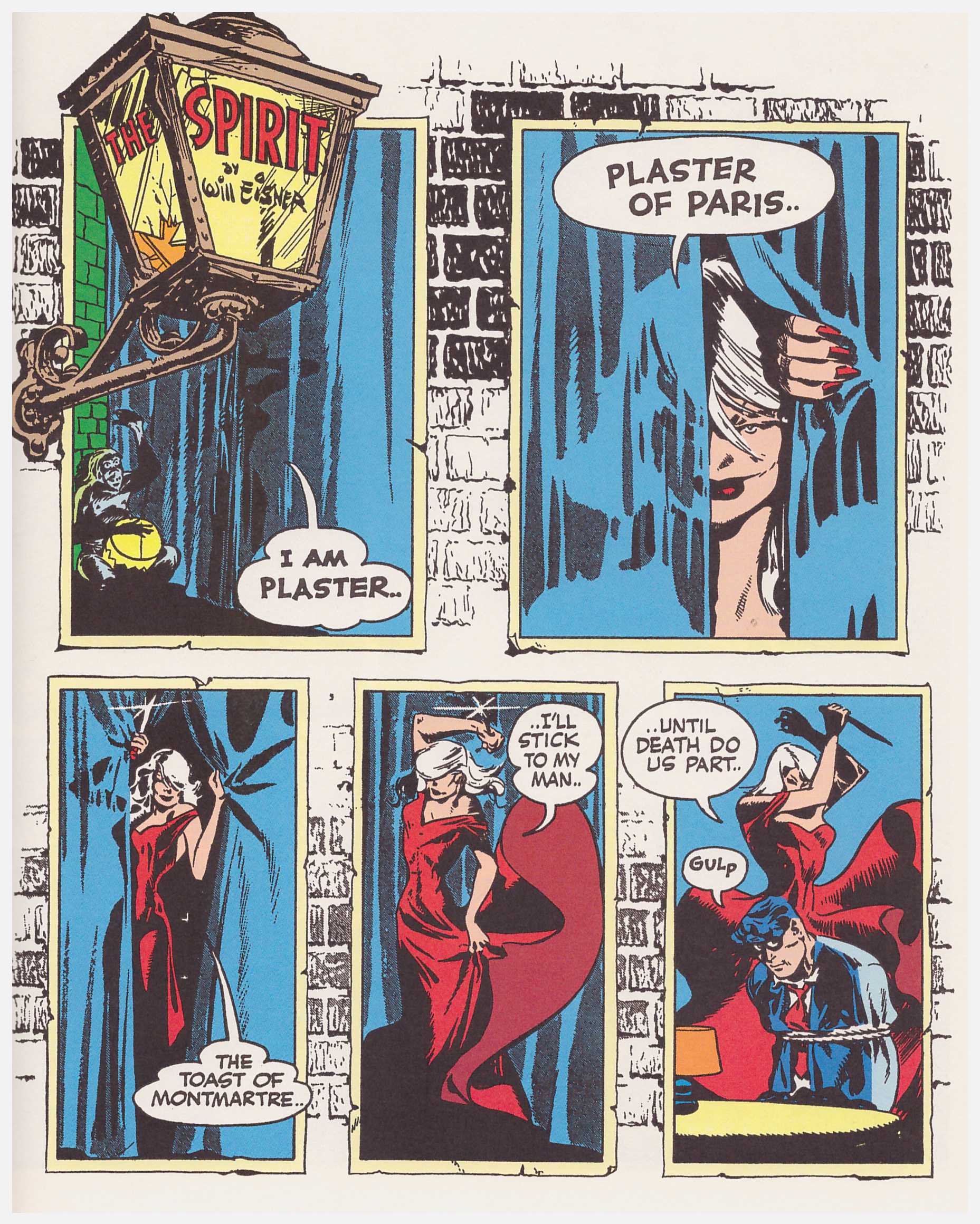 As a companion volume to those unable to afford the lavish Spirit Archives series DC, aware a film was in the works, issued this handsome paperback collection touching on the Spirit’s finest moments. Anyone who’s not previously read The Spirit and wants to know why a strip from the 1940s about a crime fighter in a suit is so highly acclaimed can’t ask for a better primer.

These 22 stories are exceptionally well chosen to encompass the assorted moods of the Spirit, and just how clever the strip is. Will Eisner writes or co-writes almost every strip here, pencils most, and for those in 1946 and 1947 pencilled by John Spranger he provided the layouts and inks. Eisner took a very cinematic approach to the Spirit, creating a dense film-noir tension, or a sentimental whimsy that would make Frank Capra beam with pride.

The story Eisner always cited as his favourite is here, that of Gerhard Schnobble, suppressing his natural talent his entire life until one glorious release. Yet it’s a pleasant surprise to come across inclusions that don’t regularly appear on best of lists, but meriting their place. ‘The Last Hand’ has the tables turned on a confident crook and ‘Fox at Bay’ is a mini-masterpiece of economy and years ahead of its time in dealing with a coldly psychotic killer.

On the face of it, a story about a toy machine gun related in the style of a nursery reading book is a novel pastiche, but such is the pathos that Jules Feiffer and Eisner manage to imbue that it’s still maintains a perverse pull. And the very next week in 1949 it was followed by the equally good, but completely different ‘Ten Minutes’, co-written with Feiffer, in which we’re told at the start that we’ll be witnessing the final ten minutes of Freddy’s life. Despite the inevitability, the tension is beautifully perpetuated, and it’s a trick repeated and equally well spun out with the following ‘Death of Autumn Mews’. From the same starting point the way Eisner approaches the story results in an even bleaker tale.

This pairing of variations on a theme further applies to the selection of 1948’s Christmas tale about a convict escaping immediately after ‘Two Lives’, also featuring a prisoner departing his cell.

For all the glamorous women Eisner introduced to the feature, one of his greatest tales of forlorn love appeared toward the end of his stint on The Spirit. Sand Saref had grown up with the young Denny Colt, yet their shared background deprivation led to very different individuals, but with a bond that transcends the years. All the more remarkably, this was constructed to incorporate pages left over from an unused strip.

One way in which the material is unrepresentative is that it’s been carefully selected to avoid the presence of Ebony White, the Spirit’s assistant for many years. There’s no denying that in terms of artistic depiction he’s now an unacceptable caricature, yet in terms of personality and resourcefulness he was never merely the comic relief so prevalent in contemporary material. He was also integral to the strip for several years, but his absence is understandable.

Rather strangely, five tales her recur in the later collection Femmes Fatales, spotlighting the dangerous women the Spirit encountered over the years. This, though, is the one essential sample you want. Unless, of course, you’d prefer a comparison with the way other creators handle the character, in which case there’s the more recent Will Eisner‘s the Spirit A Celebration of 75 Years.