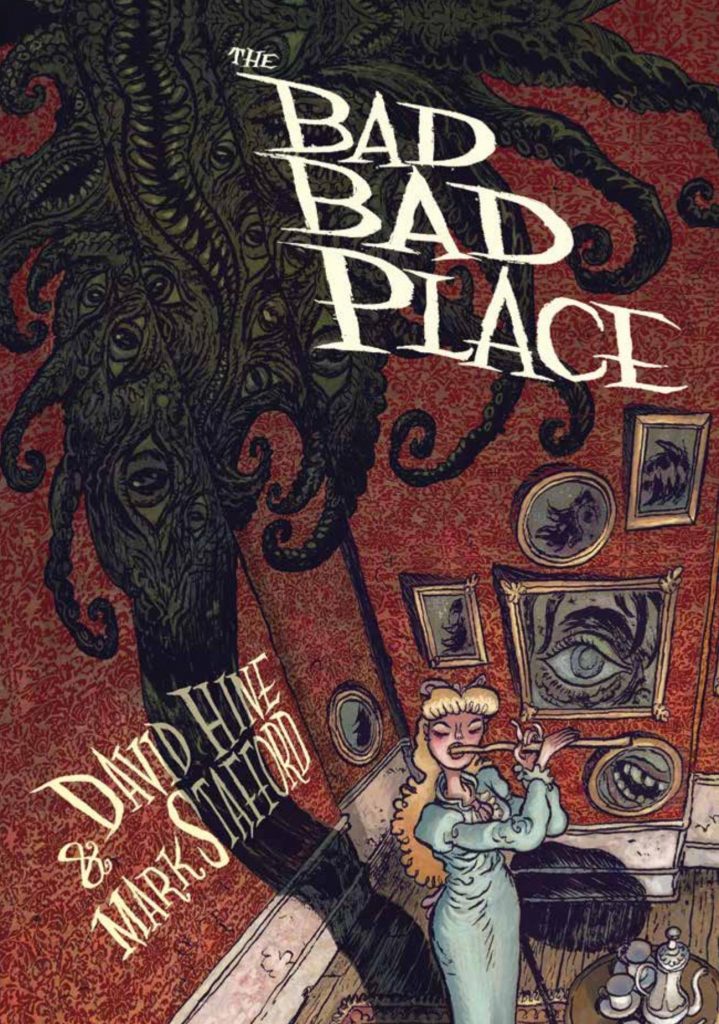 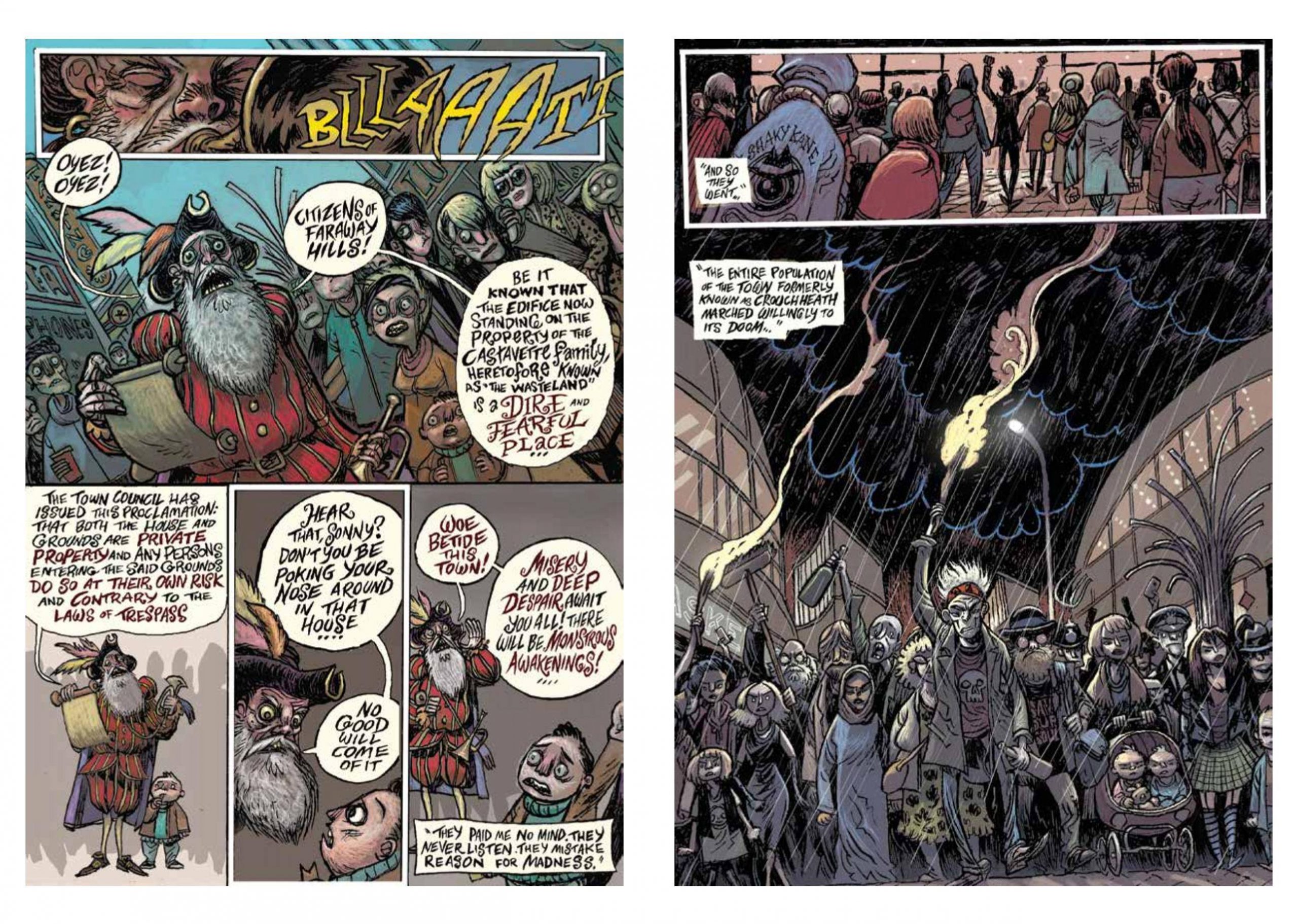 The town of Faraway Hills is constructed by developers who are not allowed to touch one festering piece of land. Once the new community is occupied, the land becomes used as a general tip until a full Victorian mansion appears there overnight. At first the residents are wary, but the local authority need information for their records, and that’s when the trouble starts.

They’re a right pair of raconteurs are David Hine and Mark Stafford, to the point of having their spooky story narrated by the Town Crier to a young woman who’s evaded all the Do Not Enter signs by arriving in Faraway Hills via the back streets. It seems one by one all the residents come to Castavette House wanting something and are never seen again. Hine’s young woman is a narrative blessing, moving the story along before it clogs. Like her we want to know the truth and the whole truth, and like her we’ll be horrified by it.

The Bad Bad Place has the ring of the authentic campfire ghost story, where a few details must remain constant whoever’s doing the telling, but the narrator can embellish away to their heart’s content, stringing the listeners along with the creepy details and evil doings. Hine’s chosen the Lovecraft route of things beyond mortal ken lurking in the dark places beneath awaiting their summoning, yet this is actually a darkly humorous story despite the trappings. Stafford’s brilliant cartooning supplies demented characters brought to ghastly life, and even what are meant to be ordinary people drip with oddity, something wonky about them. He’s not associated with the genre, but his is great underground styling. Literally in some places.

As the twisted events continue the truth becomes known, at which point the question becomes whether anything can be done about it. The ending isn’t the strongest, but getting there is gloriously gruesome fun. 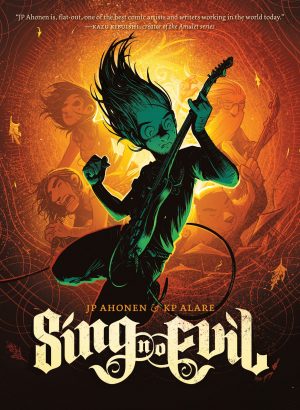