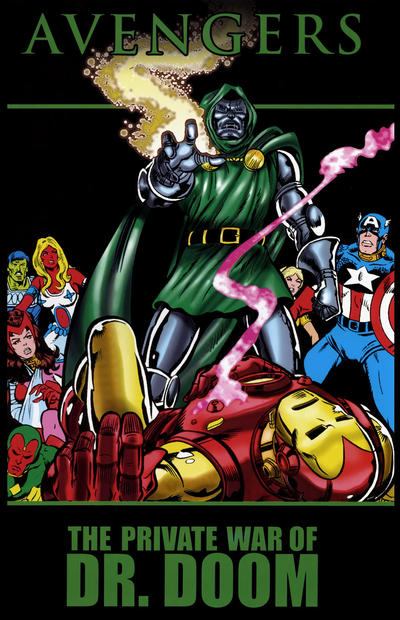 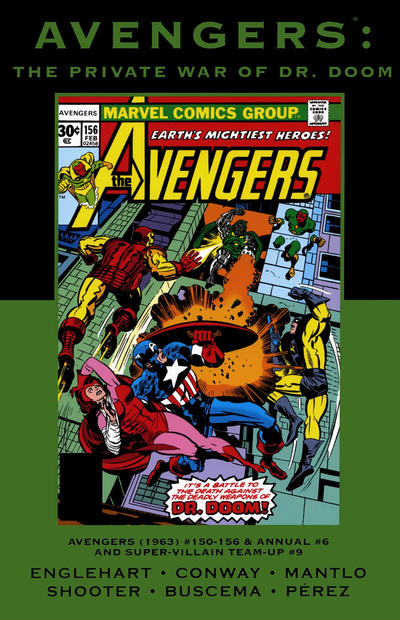 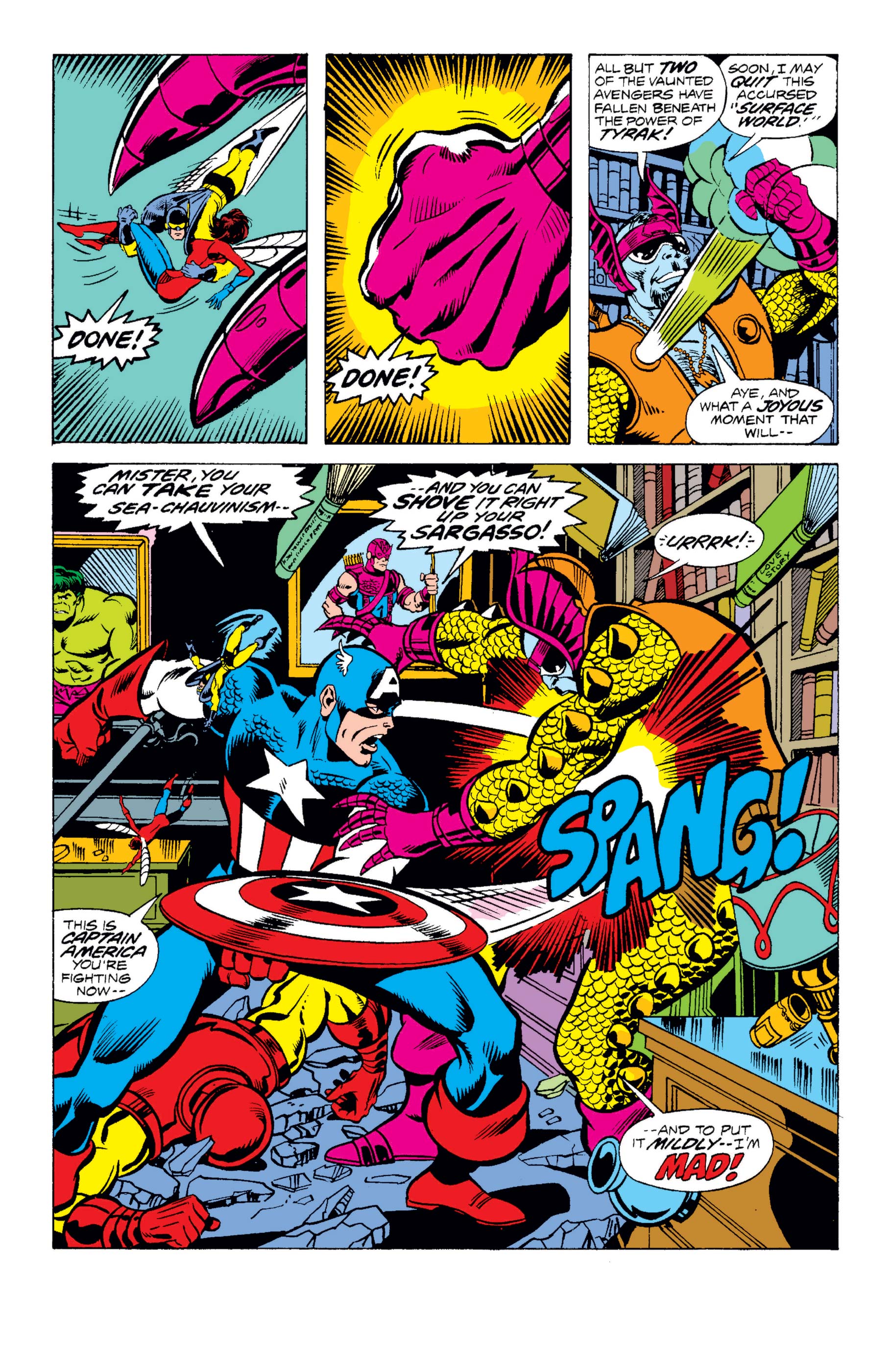 In his introduction to the same content when reprinted in volume 16 of Marvel Masterworks: Avengers, Gerry Conway notes his work on the title was hardly sparkling, and describes the system contributing to that. It hasn’t stopped Marvel from charging again for this largely mediocre work from 1976 and 1977.

It’s the opening story that’s the best on offer, despite it being punctuated by Stan Lee and Don Heck reprint material. Steve Englehart establishes an always enjoyable format recycled several times over the years, with the tension set by wondering who’s going to make the cut as the Avengers re-jig their line-up. Englehart’s character-driven piece, the second chapter also featuring the scripting of Conway and Jim Shooter, is intercut with media speculation, and ends by reviving Wonder Man. It’s the single worthwhile piece in an otherwise poor collection.

Unfortunately the office squabbling meant Englehart would never follow that plot through, and instead we have Conway’s less than enthralling mixture of voodoo magic and the unlikely teaming of villains the Living Laser and Nuklo. The best thing about it is the developing art of the enthusiastic George Pérez (sample page).

The title story begins with the Vision depositing the Serpent Crown (see The Serpent Crown) in the middle of the ocean, having unfortunately chosen the exact spot where one of Atlantean warlord Attuma’s battleships in lurking. In a largely unimaginative five chapters Attuma plans to wrest control of Atlantis from the Sub-Mariner as a stepping stone to invading the surface world, and defeats the Avengers, some might consider all too easily, as the first stage. He hadn’t counted on Dr Doom’s presence in Atlantis, however. Some other surprises are factored in, but they’re very much of the rabbit from the hat variety, some with little logic or sense about them, and as for titling the collection after Doom, he doesn’t play nearly as prominent a role as the title would suggest.

Any wonder about this collection concerns the art, and not just because one chapter is drawn, adequately enough, by Shooter, who begins writing the series with the following Bride of Ultron. In a little over a year as the regular Avengers artist Pérez progressed from enthusiastic newcomer to an artist who revelled in designing pages and packing them with both detail and characters. His anatomy is still not quite settled, but there’s a real spirit of enjoyment.

In the final analysis, however, it’s surely only the Pérez completist who’d consider paying the exorbitant hardcover price for such run of the mill material. It’s perhaps more palatable accompanied by some better material in cheaper format as Essential Avengers 7, or as the Epic Collection The Final Threat.