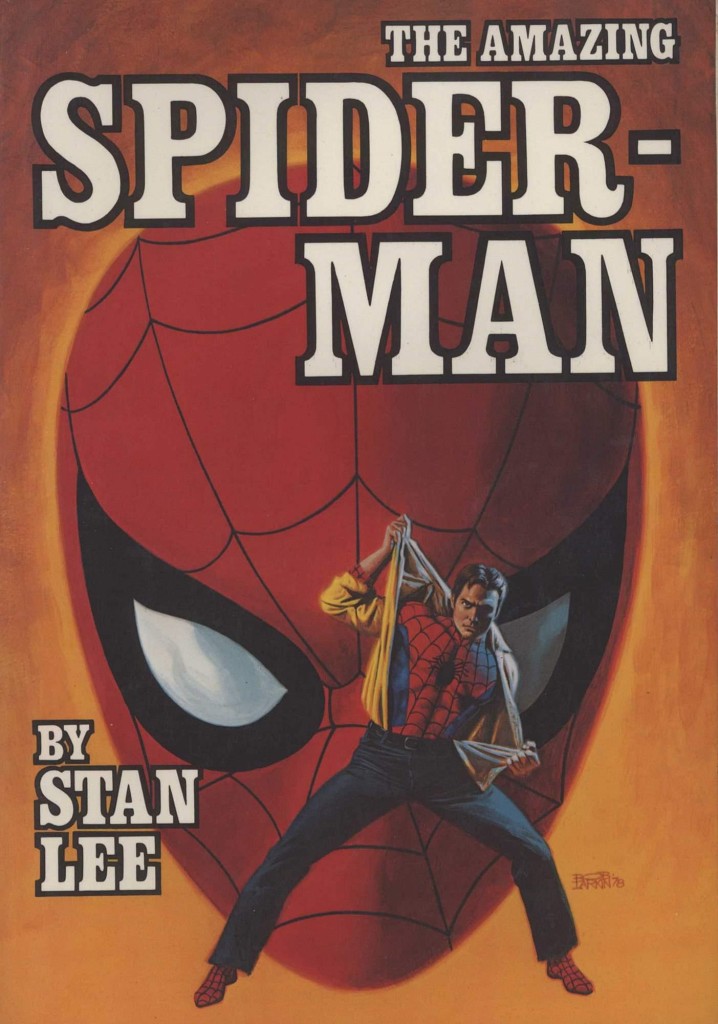 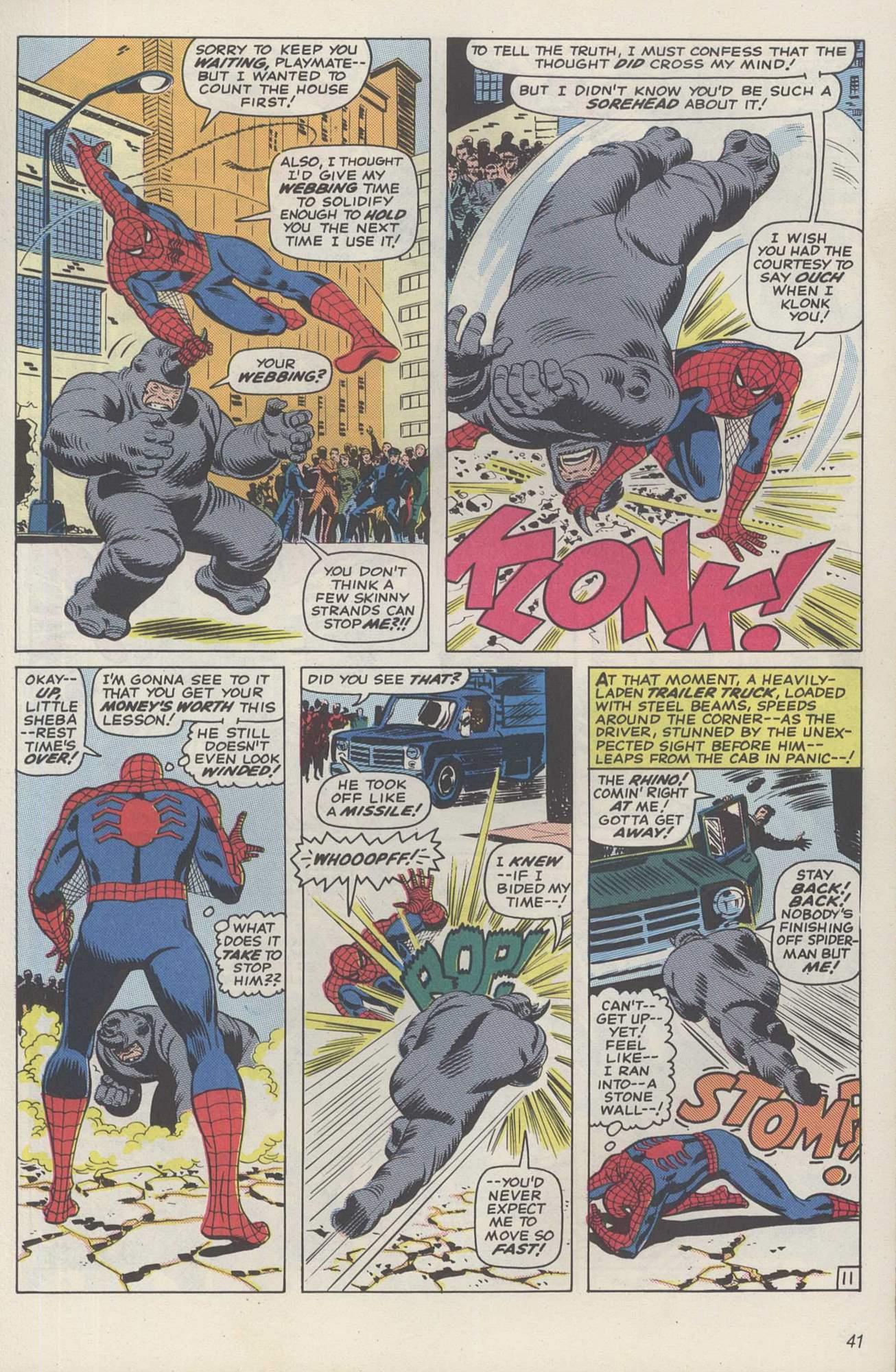 Issued in 1979 when graphic novels were almost non-existent, this was once a treasure trove for comic fans as an opportunity to see rare old issues of Amazing Spider-Man printed, if a bit vividly, in a durable format. Furthermore, there’s commentary from Spider-Man’s co-creator Stan Lee on how the strips were created.

In the 21st century those wanting to see pristine reproduction of John Romita drawn Spider-Man have several sources ranging from print to digital, which leaves Lee’s essay as the selling point. Lee was well practiced by 1979, having written material introducing four previous anthology collections, and one starring the Hulk, so is light on the insight and heavy on the hyperbole. We do learn how a well intentioned story featuring the misuse of drugs came about, but there’s no mention of the subsequent troubles with the then powerful Comics Code Authority over the issue. He admits to errors such as forgetting how many pages to write, so presenting a story with two endings, but he’s such a genial huckster there’s no way of knowing if the selection is genuinely his favourite Spider-Man material, or an editorially convenient package. It is very noticable that no Steve Ditko drawn material is featured.

That, though, is irrelevant with regard to the bigger picture, and this collection hits all the right beats. We have a skim through of Spider-Man’s problems, some early Mary Jane Watson, a fair bit of J. Jonah Jameson (a character Lee obviously loved writing), the Rhino and the Green Goblin. These are accompanied by a full dose of the eccentricities and soap opera dilemmas that propelled Spider-Man from cult favourite to national sensation during Romita’s term as artist.

As Lee notes in his introduction, Romita’s background was in romance comics, and his transformation of Peter Parker from geek to matinee idol (if permitted to use a term contemporary with the comics) played a part in the success. He had to learn from Jack Kirby how to lay out the dynamics of a superhero comic, but picked up the process very rapidly, and by the time of these mid-1960s stories was a master himself. It’s Gil Kane who illustrates the final three part tale with the Green Goblin, and at the time his pages were a revelation for a man who’d obviously been shackled while drawing 1960s DC material.

Excess verbiage and expository thought balloons were the style of the day, and no-one at Marvel was going to tell the person who co-created the company to tone them down. If you can ignore that, Lee’s stories stand up well. For all the latter-day concerns about his company man status, Lee obviously had a social conscience that extended beyond a headline-grabbing drugs tale, and he can still hook with the soap opera elements all these decades later.

With prices of second hand copies very cheap online, those just wanting to sample a smattering of Spider-Man in the 1960s could do much worse than this.