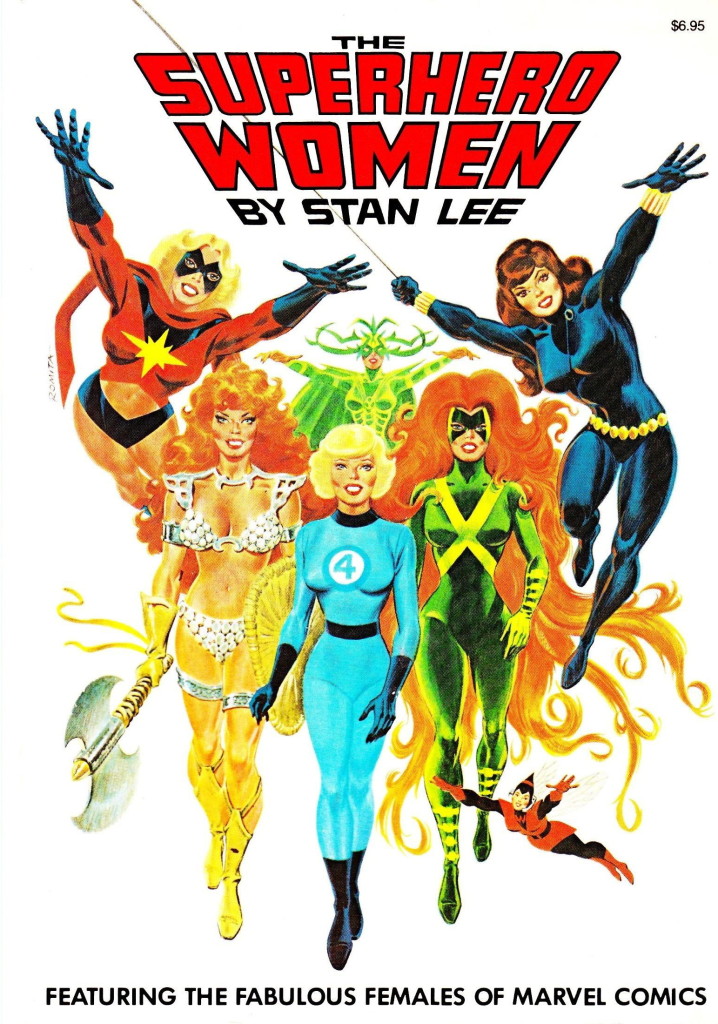 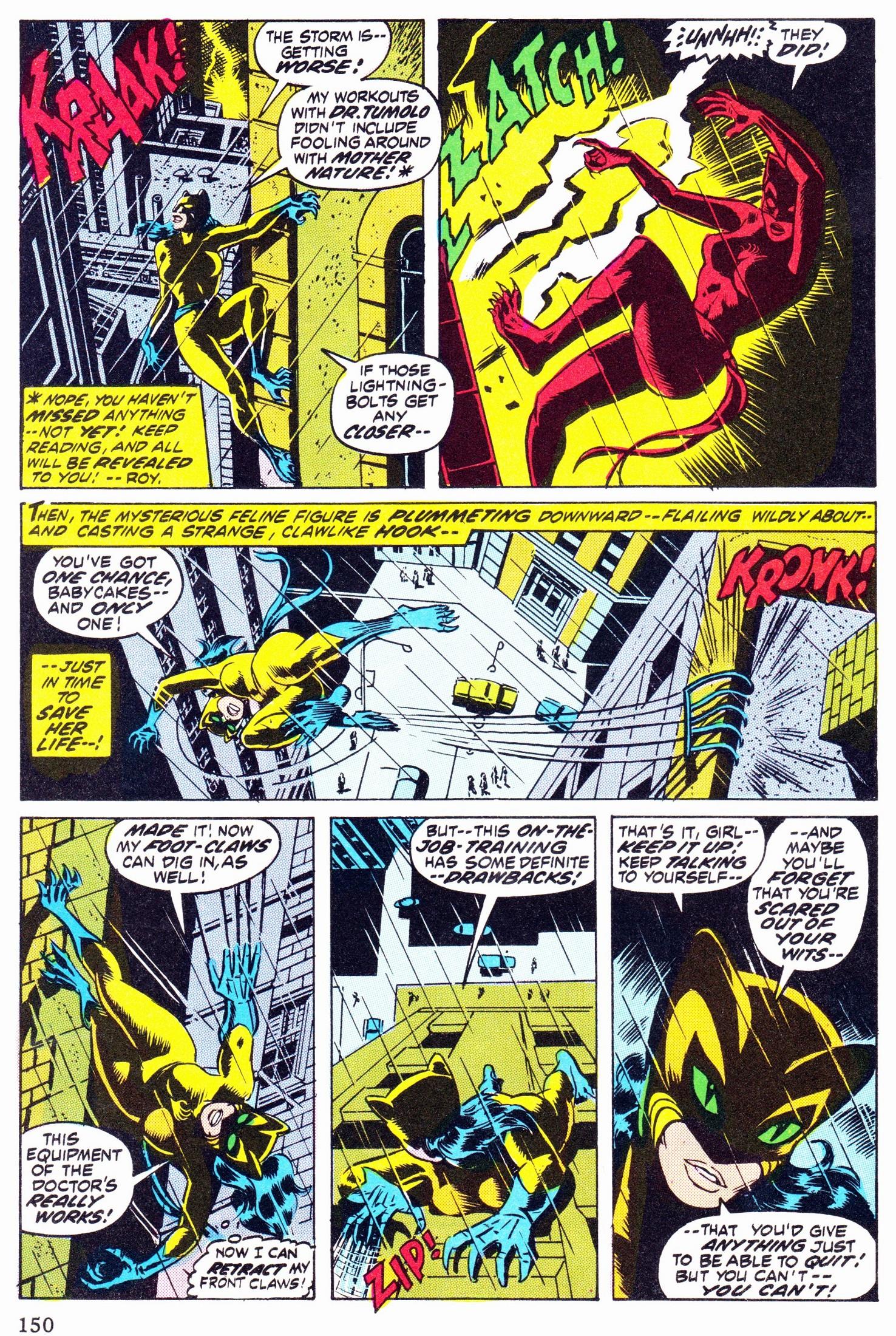 Fireside’s 1970s anthologies reprinting Marvel material rather hit a brick wall of credibility with this fourth in the series, and it’s no surprise they concentrated on single character collections thereafter. The problem with calling a book The Superhero Women was that even allowing for less enlightened times, Marvel’s attitude to their female characters was largely patronising at best, and extremely misguided at worst.

As an example, in 1977 they launched Ms. Marvel, intended to represent the new liberated woman of the 1970s. Despite only making her début earlier in the year of publication, such is the relative paucity of choice, she’s there on the cover in the skintight red and blue outfit, a star motif accentuating her breasts, and a large section of her perfectly toned midriff on display. Stan Lee’s commentary notes how the series needed to prioritise how a woman thought, her emotions and reactions, so Gerry Conway was selected as writer! If further evidence was needed, in 1977 only four of the featured characters had hosted a series under their own name, and at the time of publication none had managed even ten issues. This wasn’t a problem affecting the male heroes spotlighted in Origins of Marvel Comics and Son of Origins.

Having said all that, this book contains material not since reprinted by Marvel, so has a validity beyond Lee’s engaging comments. The Cat and Shanna the She-Devil date from 1972 and a previous attempt to engage with female readers by having a near-naked jungle heroine and a victim turned burglar in a skintight costume. These at least employed female creators. Linda Fite’s origin story for the Cat’s has promise, and is nicely drawn by Marie Severin and Wally Wood (sample art).

Much of the content is merely mundane (Spider-Man taking on Medusa and the Black Widow) and some additionally handicapped by being of it’s era (The Wasp, Ms. Marvel, Shanna). The Invisible Woman story has dated, but works as re-think of how Sue Storm could use her powers, and Jack Kirby’s art is spirited. In general it’s the art that impresses. Frank Thorne’s style was unlike any other seen at Marvel to that point, and his Red Sonja, although ludicrously costumed, is lithe and athletic, while however daft the costume and premise, John Buscema’s art on Ms Marvel is a storytelling masterclass. Buscema is even better when it comes to Hela, contrasting the everyday of New York with the grandeur of Asgard. Yet she’s an odd choice when, for instance, the Scarlet Witch, far more prominent at Marvel, is entirely absent.

There is one final treat, the unintentionally hilarious Femizons. This is Lee’s idea of feminism as applied to an Amazonian society of the future, where female warriors battle for male slaves and have a creed of “Sexuality! Solidarity! Superiority!” Except when they fall in love and wonder what good a kingdom is when it lacks a king. Nice art from John Romita, though.

Lee’s introductory comments, insightful in previous volumes, are somewhat diminished here due his lack of direct involvement with the characters, but still entertain, often unintentionally. It’s to be presumed that at some point Marvel Unlimited will eventually make all these strips available online, but until then around 25% of the content is only found here or in the original comics, and that might be an inducement. 2006’s Women of Marvel features some of the same strips, but sadly no Femizons.