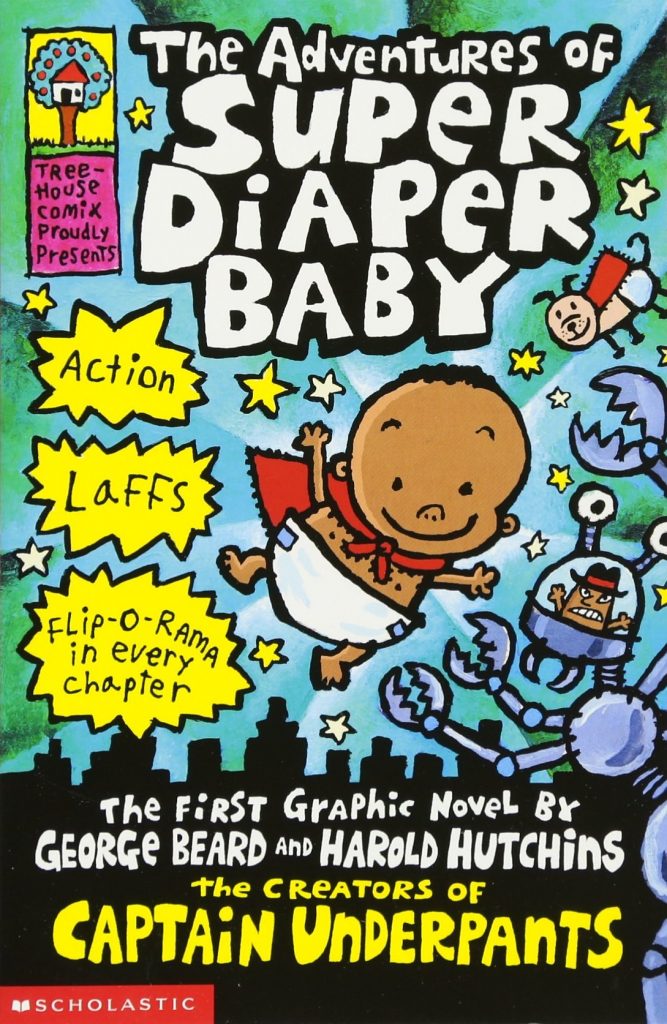 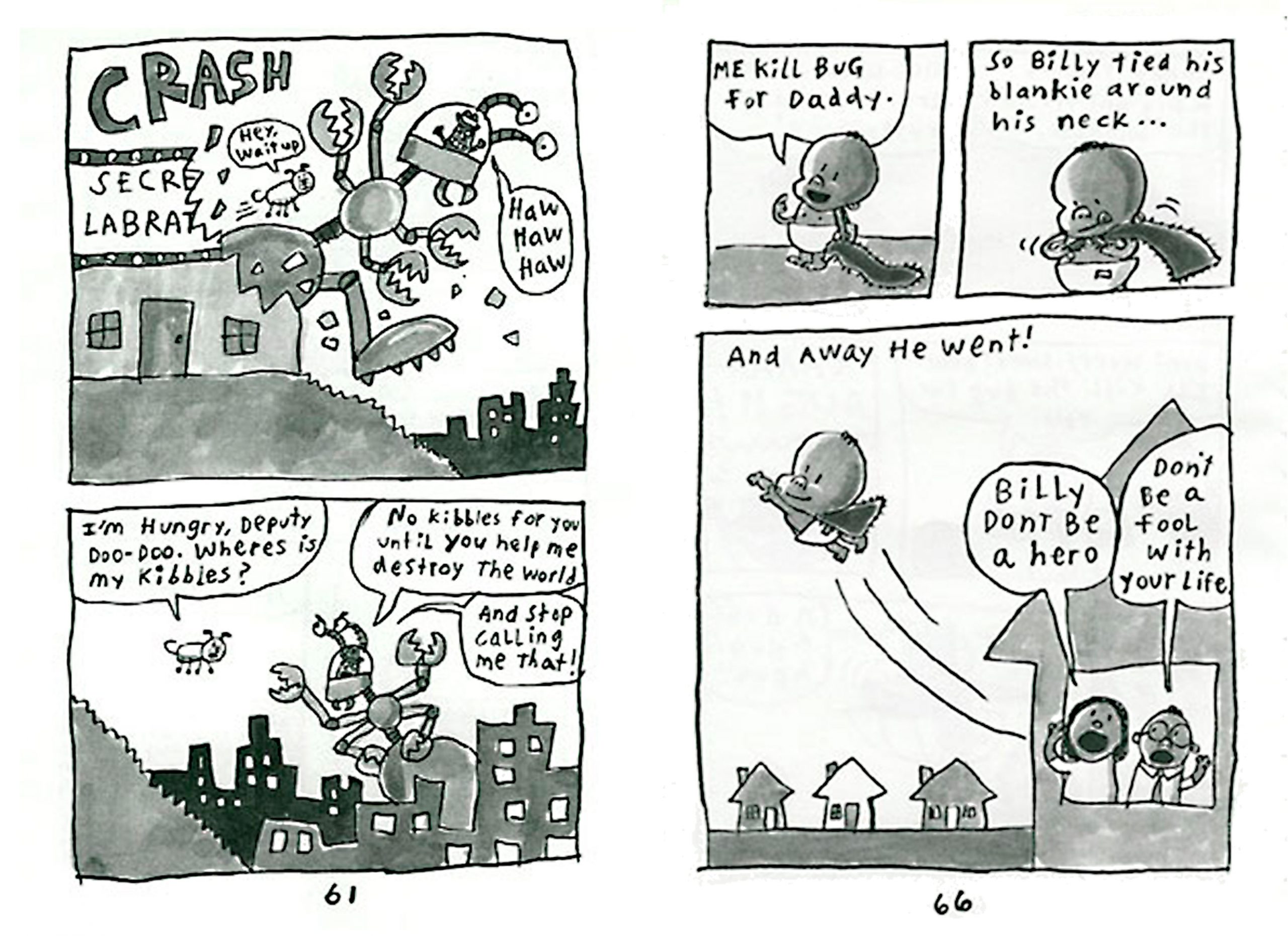 George and Harold are two boys who are always in trouble with their school principal Mr. Krupp. After they make a mess in the school gym, he assigns them to write a 100-page essay on good citizenship, with instructions that they can under no circumstances write one of their offensive Captain Underpants comics. So they invent a new superhero to represent the concept of being a good citizen: Super Diaper Baby. This is an actual baby called Billy who gains super powers after accidentally being dropped into a cup of  ‘Super Juice’ by the doctor who delivers him at birth.

As you might expect, Dav Pilkey makes extensive use of the connection between babies and diapers to create a villain from a piece of baby poop that gains sentience and grows to giant radioactive size, and the plot that revolves around toilet humour escalates hilariously. The appearance of this book is also anarchic, drawn to look like it was made by children, with wonky panels, shaky and basic drawings, and lots of mis-spelled and crossed-out words.

This combination of messy pictures and messy jokes was too much for the American Library Association, which ranked Super Diaper Baby as 47th in their list of ‘Top 100 Banned/Challenged Books 2000-2009’. Dav Pilkey’s Captain Underpants series placed even higher, in 13th place, and if you’re curious, number one was the Harry Potter series by J.K. Rowling. There is a guest appearance here from Captain Underpants, tying Pilkey’s meta-fictional universes together (and giving fans another reason to buy this book).