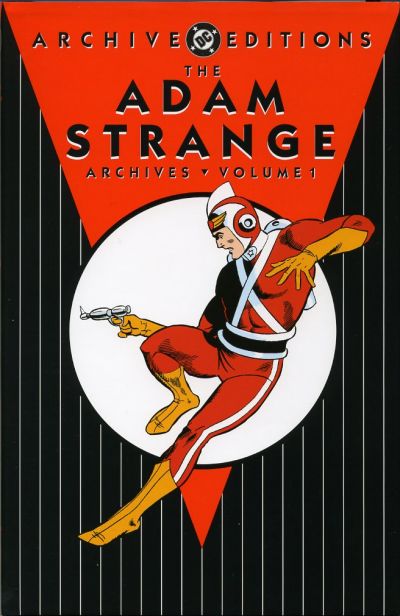 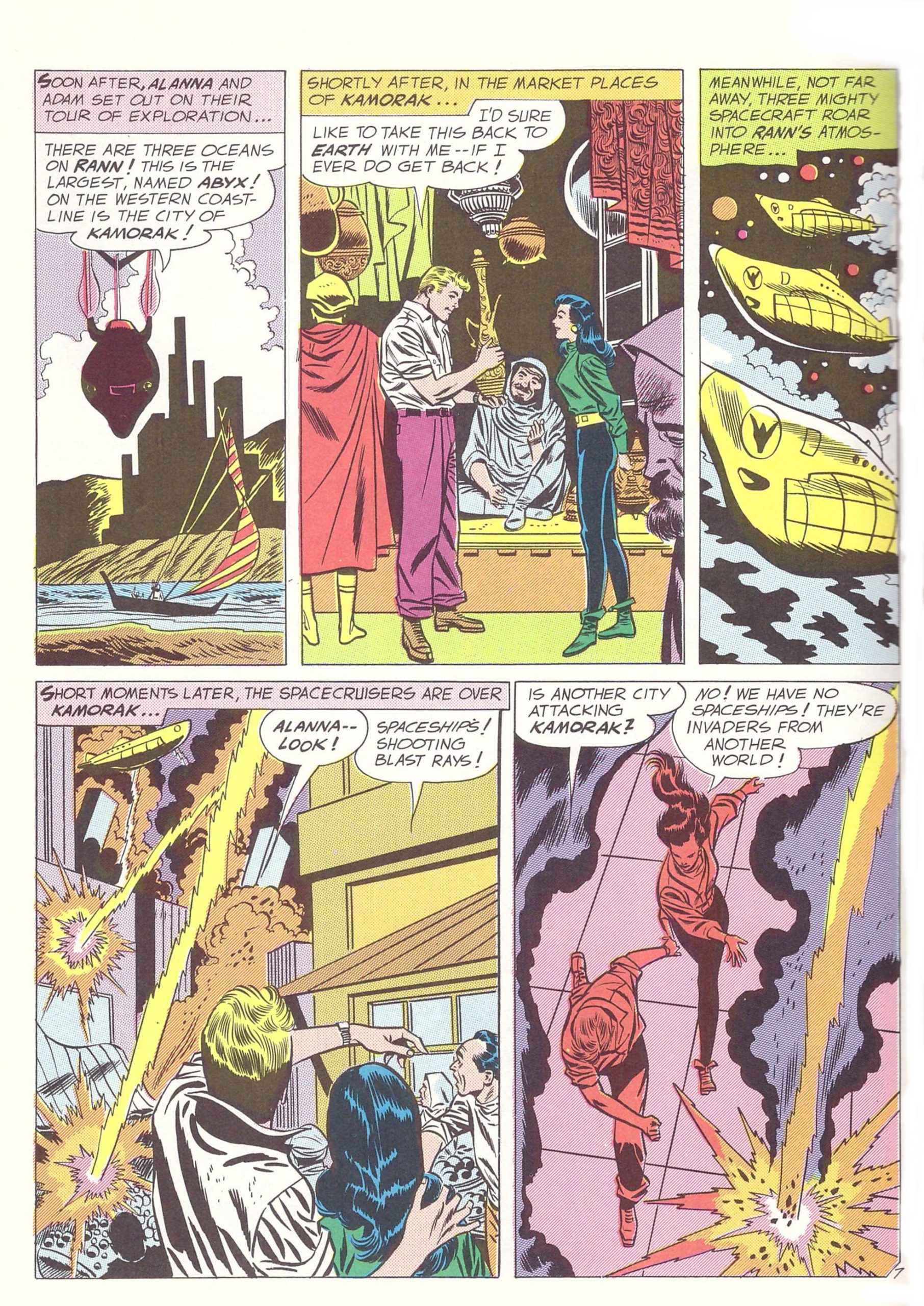 Moreso than any other late 1950s comic creation, Adam Strange exemplified the American optimism of his era. Yes, he was in part based on Flash Gordon, but here was an ordinary man transported halfway across the galaxy who not only captures the heart of the scientist’s beautiful daughter, but becomes protector of his adopted planet. His adventures are spectacular, and he overcomes varied threats armed with nothing more than a ray-gun, a jetpack and his own ingenuity. This hardcover selection presents his first 22 outings, all written by Gardner Fox, with Mike Sekowsky drawing the first handful (sample art).

‘Adventures on Other Worlds’, introduces archaeologist Strange who is hit by a stray teleport beam. He materialises on another world, filled with giant plants and monsters and is rescued by a beautiful woman named Alanna who teaches him her language.

‘Secret of the Eternal City!’ reveals Rann as a planet recovering from atomic war, and the beam was in fact a simple flare, but cosmic radiation converted it into a teleportation beam. Until the radiation drains from his body Strange will be a very willing prisoner on a fantastic new world. No sooner has Adam started acclimatising than an alien race invade. Adam’s courage and sharp wits enable him to defeat the invaders only to have the radiation fade, drawing him home. And thus was established the principles of this beguiling series. Adam would intercept a follow-up Zeta-beam hoping for some time with his alien sweetheart only to be confronted with a planet-menacing crisis. The next of these, ‘The Planet and the Pendulum’ sees him obtain the crimson spacesuit and weaponry that became his distinctive trademark.

‘Invaders from the Atom Universe’ is self-explanatory, and in ‘The Dozen Dooms of Adam Strange’ the hero must defeat the dictator of Dys who plans to invade Alanna’s city of Rannagar. ‘Challenge of the Star-Hunter’ and ‘Mystery of the Mental Menace’ are classic puzzle tales as the Earthman must outwit a shape-changing alien and an all-powerful energy-being.

As Adam transferred into a regular series he found a new artist. Carmine Infantino applies his clean, classical line and superb design sense to create a stark, pristine, sleekly beautiful universe that’s cooly spellbinding, but deeply humanistic and genuinely thrilling in its imaginative wonders. Infantino begins an immaculate run of exotic high adventures with ‘Menace of the Robot Raiders!’ followed in glorious succession by ‘Invaders of the Underground World’ and ‘The Beast from the Runaway World!’

Infantino’s art looks even better when Murphy Anderson becomes the semi-regular inker, his precision brush and pen introducing unparalleled beauty. ‘The Menace of the Super-Atom’ and ‘Mystery of the Giant Footprints’ are sheer visual poetry. However, even ‘Chariot in the Sky’, ‘The Duel of the Two Adam Stranges’ (inked by Joe Giella) and ‘The Attack of the Tentacle World’, ‘Threat of the Tornado Tyrant’ and ‘Beast with the Sizzling Blue Eyes’ (inked by Bernard Sachs) were streets ahead of the competition in terms of thrills, spectacle and imagination.

Anderson returns for ‘The Weapon That Swallowed Men!’, ‘The Radio-active Menace!’ and, ending this volume, ‘The Mechanical Masters of Rann’, all superb short story marvels that appealed to their young readers’ every sense – especially that burgeoning sense of wonder. More follow in Volume 2.

The deluxe Archive format makes a fitting home for these extraordinary exploits that are still some of the best written and drawn science fiction comics ever produced. They’re also found in Adam Strange: The Silver Age Omnibus, or in black and white in Showcase Presents Adam Strange. 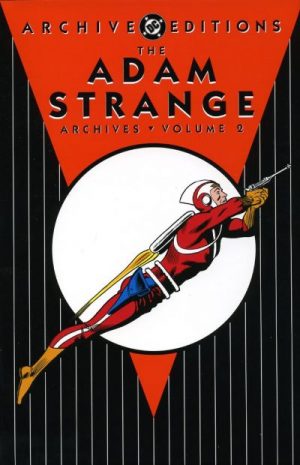 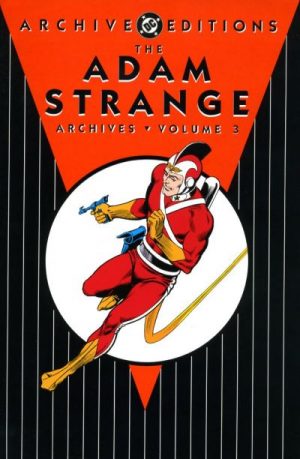