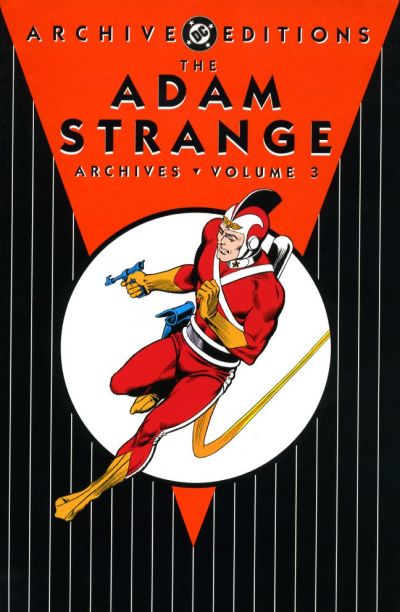 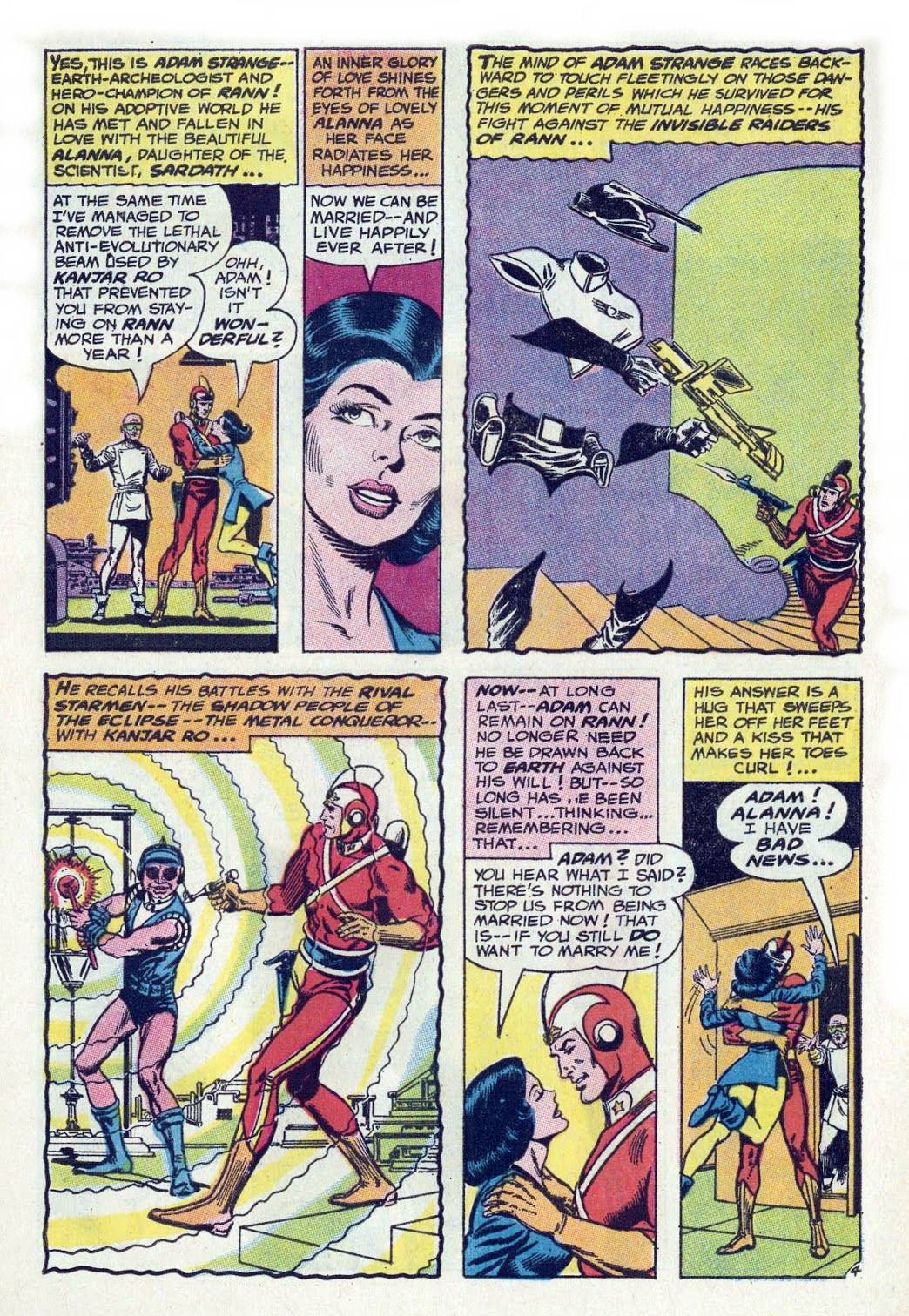 Pristine paragon of the latter age of “thinking man’s heroes”, Adam Strange was an interplanetary ambassador who was very much of his era. As his elegant adventures gave way to a superhero avalanche the creative team of Gardner Fox and Carmine Infantino left, and this third and final hardback outing gathers their final forays from 1963 and 1964.

Jim Starlin’s introduction ‘The Coolest Dude Around’ is followed by a barrage of delights. It begins by testing our hero to his limits as the dictator who caused Rann’s nuclear armageddon returns after 1000 years to threaten both Adam’s homeworlds in ‘The Cloud-Creature that Menaced Two Worlds!’ Then a terrestrial criminal’s scheme to conquer Earth is thwarted as a result of Adam ending a ‘World War on Earth – and Rann!’.

Following that we meet the desperate ‘Emotion Master of Space!’ before relentless Dust-Devil Jakarta returns (see Archives Volume 2), shrugging off ‘The Powerless Weapons of Adam Strange!’. ‘Riddle of the Runaway Rockets!’ features a revived primordial robot rampage, and ‘Attack of the Underworld Giants!’ foreshadows big changes via a fantastic vision.

An intriguing diversion follows. ‘Rescue by Moonlight!’ is actually a Space Museum yarn wherein 25th century descendent Alan Strange foils the theft of an arcane mineral. Thereafter ‘The Super-Brain of Adam Strange!’ (with Sid Greene as new regular inker) finds the Earthman hyper-evolved by Zeta-radiation and a menace to all.

An ethereal do-gooder goes astray as ‘The Robot-Wraith of Rann!’ and Adam proves irresistible to the ‘Siren of the Space Ark!’ before Infantino and Murphy Anderson reunite for Fox’s book-length End-of the-World(s) epic ‘Planets in Peril!’. It teams Adam with co-stars Hawkman and Hawkgirl to save two worlds, the glory days concluding with ‘Puzzle of the Perilous Prisons!’, offering a return engagement with archfoe Mortan.

Strange’s later divergent direction was ignored by Fox and Anderson in an early 1967 Hawkman outing that has the Winged Wonder join Strange against malevolent Manhawks to locate the ‘World That Vanished!’ The planet in question was Thanagar and when it went, it took Hawkman’s beloved wife Shayera with it.

More than any other character, Adam Strange, epitomises the carefree spirit of 1955-1965 DC Comics. Witty, sophisticated, fantastically imaginative, fabulously illustrated, and always fighting beside him, bold, capable, intelligent, beautiful and – for the pre-pubescent oiks comprising the majority readership – unattainable Alanna. The happy-ever-after was always just in reach, and can be again in this collection. 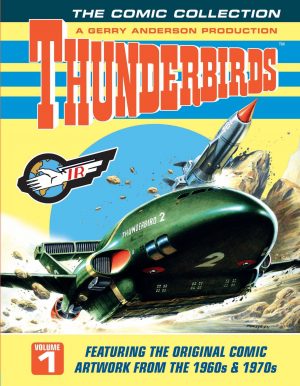 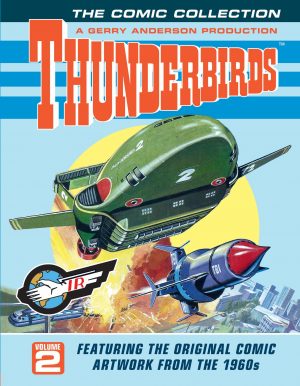 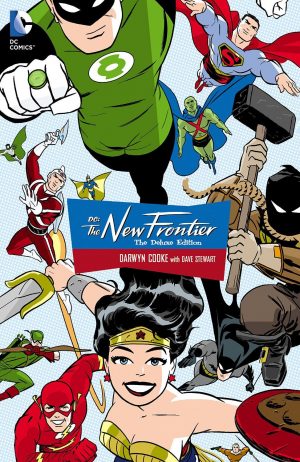