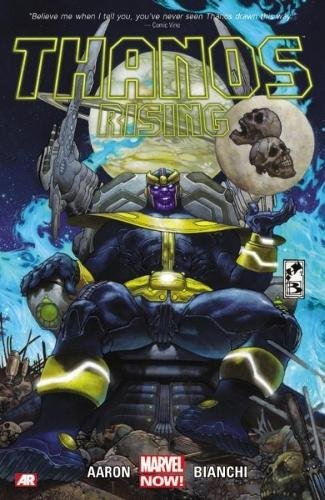 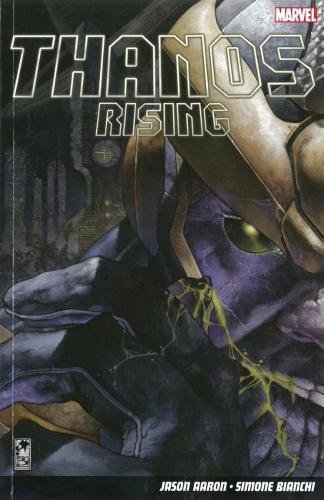 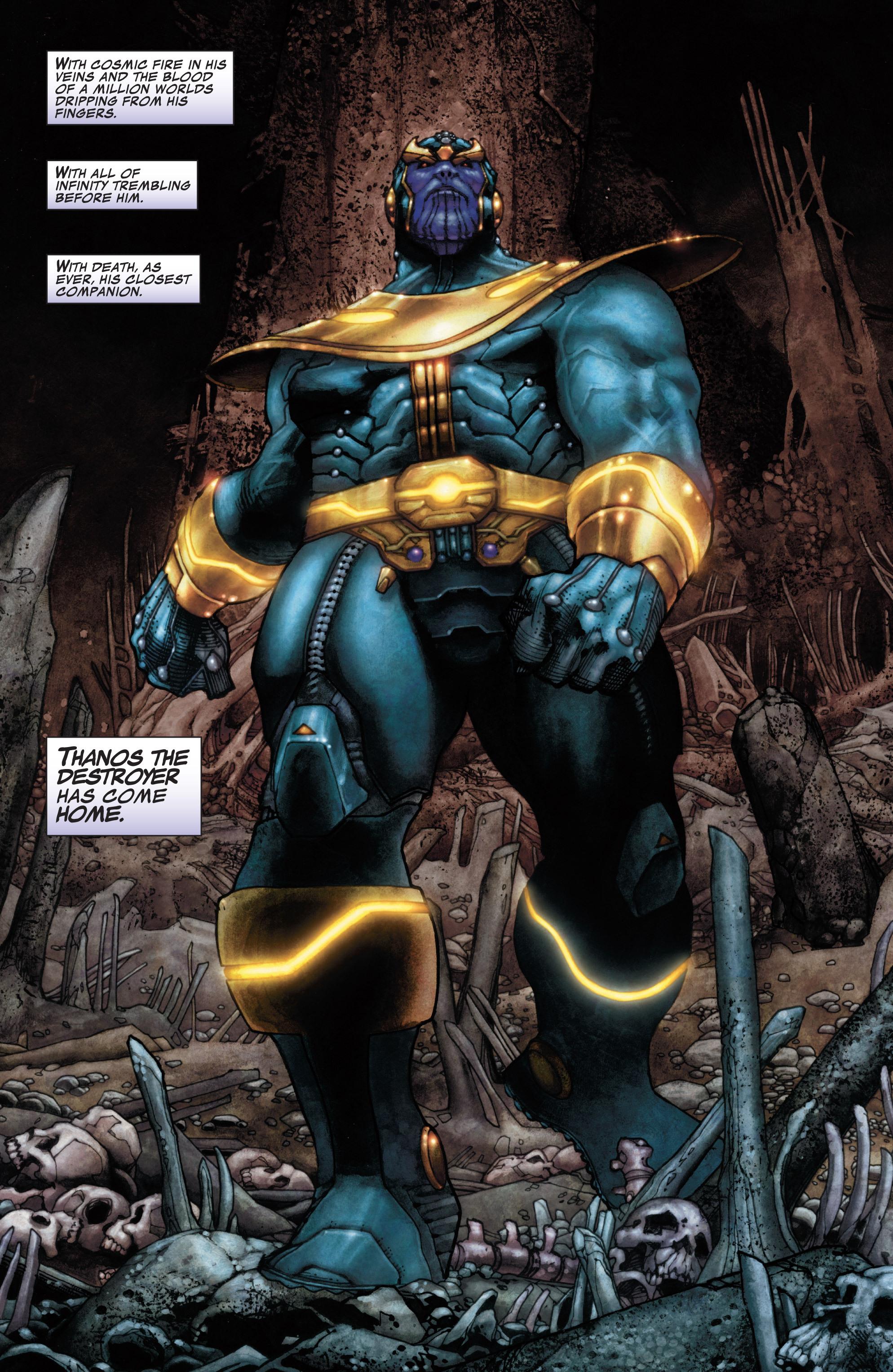 How do you humanise a monster? By showing them during the innocence of childhood, as what they became was formed through neglect, loss and tragedy. The opening chapter is a heady piece of writing from Jason Aaron, something that could easily have slipped into satire, but doesn’t. This is the youthful Thanos destroyer of planets, wanting nothing more than to have playmates.

Credit Simone Bianchi as well. Whether it was he or Aaron that settled on iguanas as the visual mirror for the dark soul Thanos would become, it’s Bianchi who illustrates them in brilliant realism, their dead eyes and vicious claws an ideal motif.

Jim Starlin, who introduced Thanos was only interested in what he represented as an adult, perhaps the dark side of Starlin’s personality, and only briefly addressed how Thanos evolved, which left Aaron plenty of scope to address the gaps. The story rapidly progresses from innocence to unadulterated evil as Thanos searches for exactitude in defining what he is, the smartest person on his planet unable to comprehend that this isn’t possible and such definition requires others. The abyss from where Aaron pulled the philosophical justifications for escalating acts of monstrosity hints at deep and disturbing research into the minds of those best left unexplored.

Bianchi’s art begins as spectacular, but that standard isn’t maintained. Presumably deadlines took their toll, and by the final chapter he’s descended to the mortal plane of being very good. By this point he’s being inked by Ricardo Pieruccini, and the colour work also makes a difference. While Ive Svorcina and Simone Perruzi rely predominantly on blue, Perruzi’s work on the opening chapter possesses a greater delicacy.

For all the style and diligence, one nagging inconsistency remains unexplained. When people began disappearing on Thanos’ home planet, a place that had never experienced this phenomenon, surely some investigation occurred. It’s only after one final atrocity and Thanos’ departure that the penny drops, and this isn’t convincing.

From very strong opening chapters, the quality dips a little as Thanos learns further as a space pirate, but builds to a Shakespearian final act lacking any final answers. It’s better that way. Aaron’s added depth to Starlin’s concept of Thanos worshipping death and explained to a readership, if not to Thanos himself, what Thanos is. So why is he so alluring?