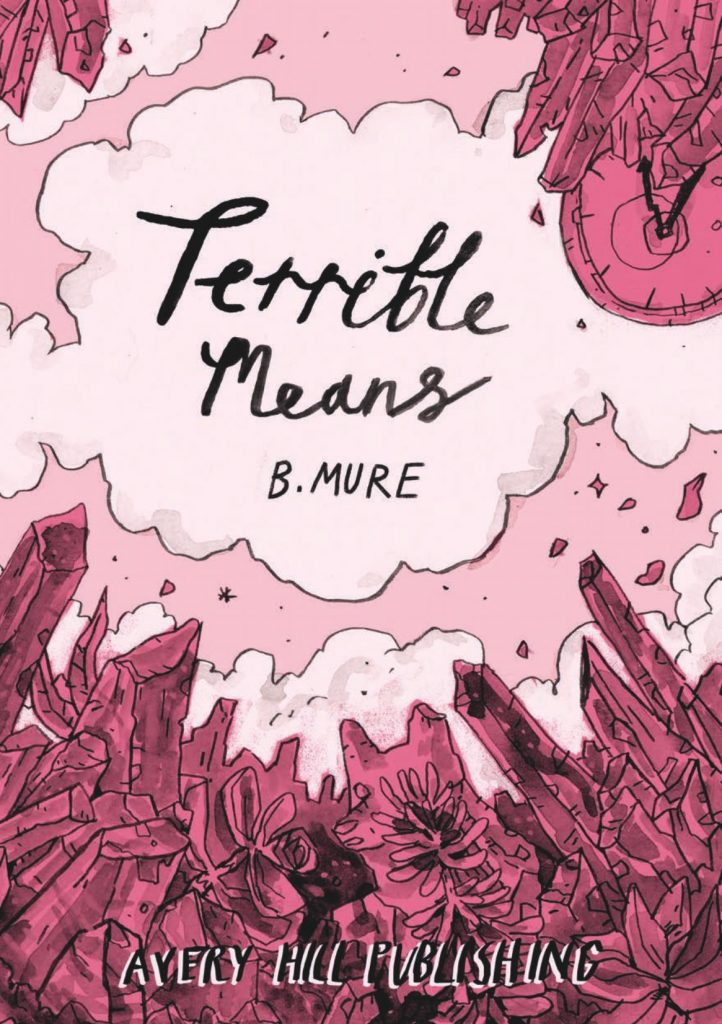 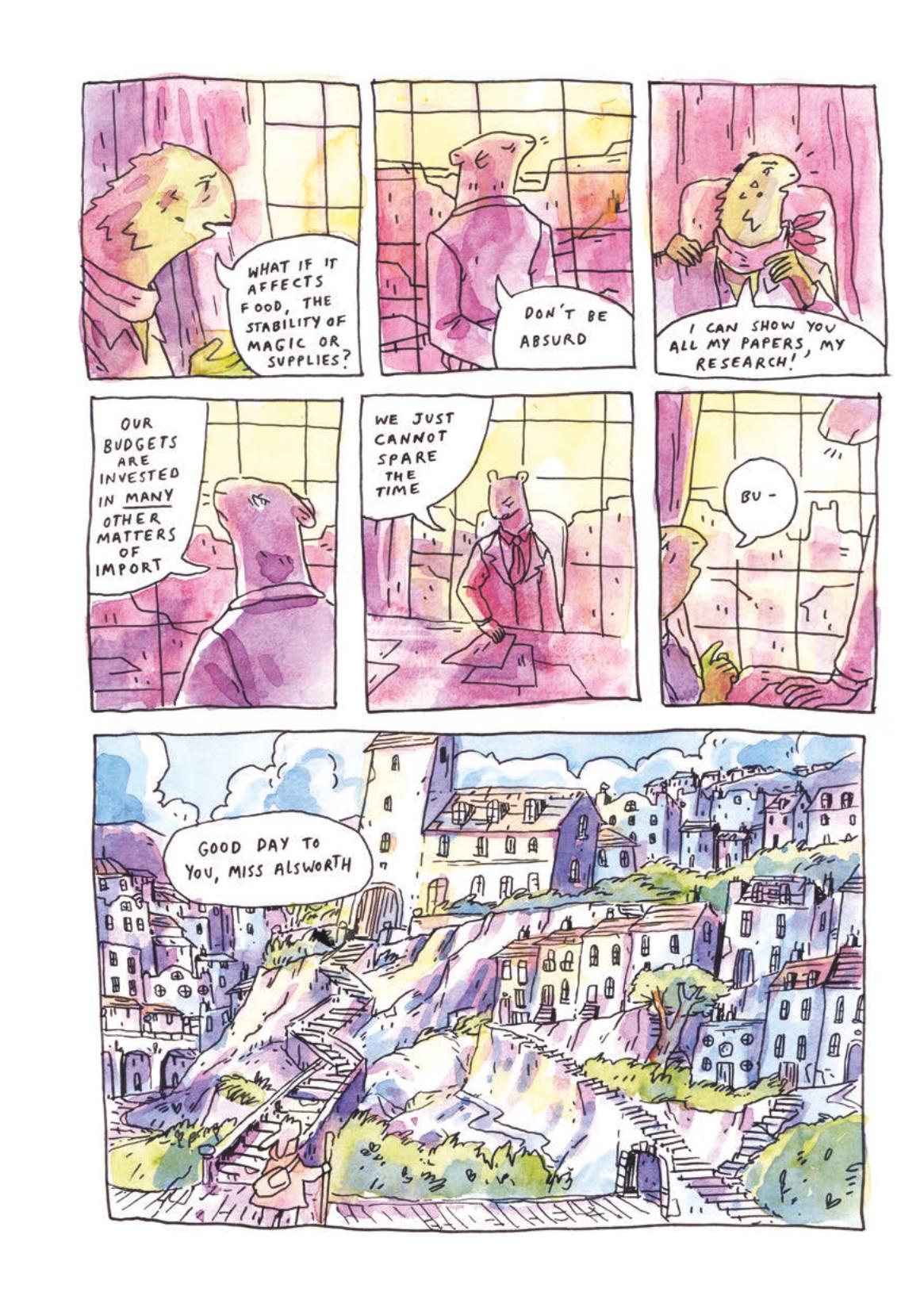 The state of Ismyre may be populated by humanised animals and be a place where magic is commonplace, but in other ways it’s depressingly familiar to our own. A professor disgraced for destroying a rival’s work has taken on new, isolated research, discovering something that threatens the well being of the entire country, but when presenting this to officials, however, Henriet Allsworth is given short shrift. Unfortunately there’s an explosion as she talks with an official, and he immediately accuses her of responsibility. While she becomes a fugitive in the company of the true culprit, her friends attempt to piece together the truth.

Terrible Means is a companion volume to B. Mure’s earlier Ismyre, set in the same fictional location, building on the environment, and making some connections with that book while remaining accessible for new readers. While there’s a stronger sense of character here, it also possesses the same positives and concerns as Ismyre. It’s an ecological allegory, warning against commercialising things better left untouched, in which sympathetic characters are involved in an intriguing plot. A pastoral tone of threat is well cultivated, but Terrible Means meanders slightly, sometimes lingers in the wrong places and the nicer cast members are prone to leaps of faith that prove correct. The biggest problem, however, is the basic art, cramped, untidy, with minimum capacity to convey an emotional state, and given little chance to show its finer qualities due to the eccentricity of the colouring. The watercolour splodges are unlike any colouring seen on other graphic novels, so providing a unique look, but then perhaps there’s a reason that style isn’t seen on other graphic novels.

B. Mure continues to follow an individual path, and Terrible Means reads as if it’s the start of something larger, with a cast and their views gathered and broader concerns still to be addressed.