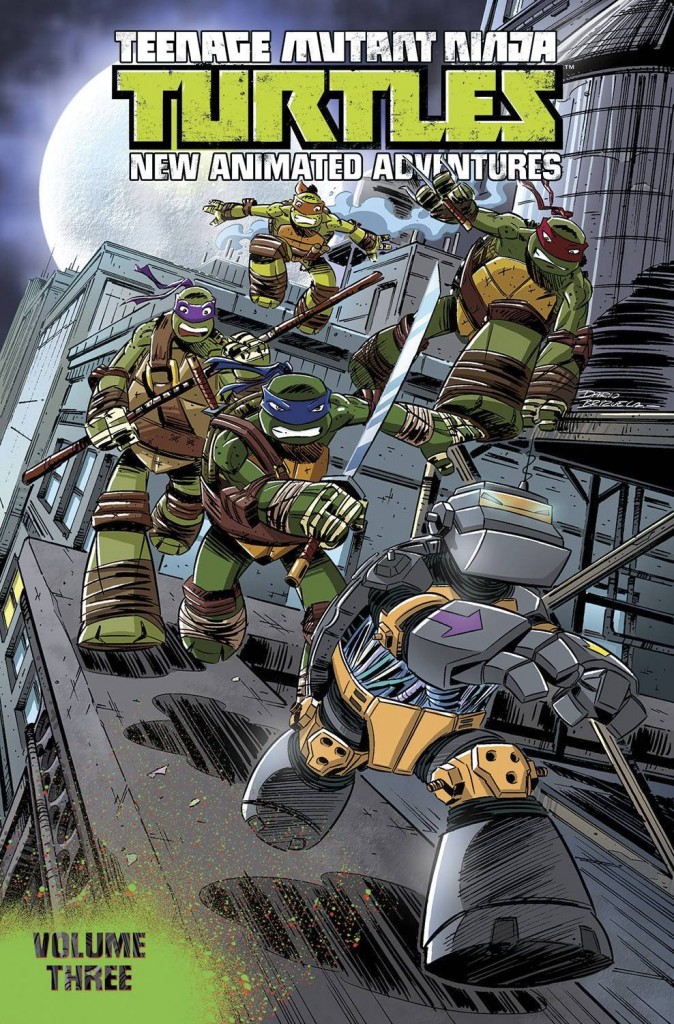 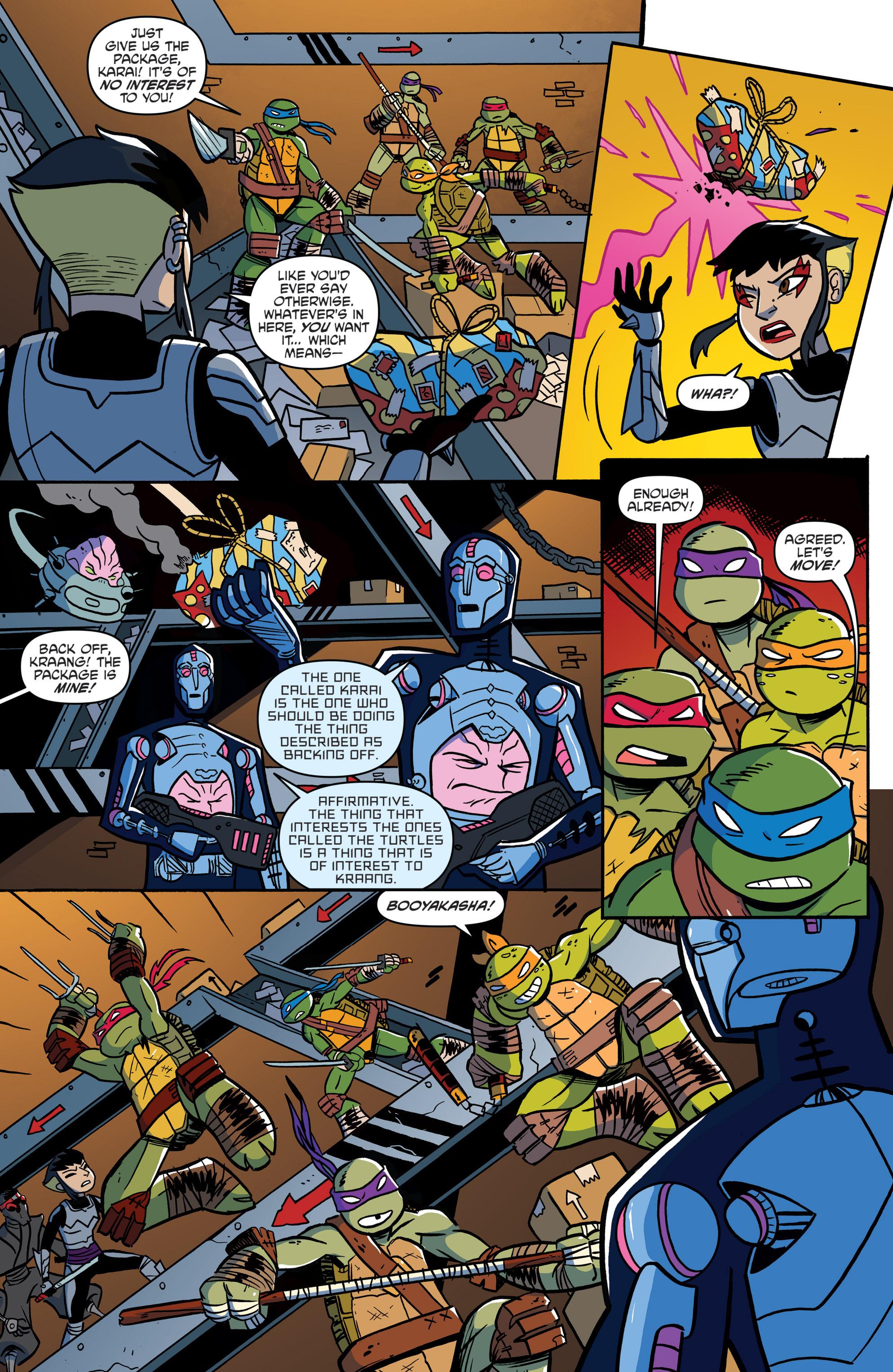 IDW’s re-booted Teenage Mutant Ninja Turtles continues with another four crowd pleasing chapters from a constantly rotating creative staff. They all follow the fast pace of the animated version, with little pause for thought, but all supply that full dose of shelled entertainment.

The opening problem is Donny tinkering with Metalhead, enabling techno-foes the Kraang to take control. Kenny Byerly’s script hinges on good-natured competition between the turtles, and the primacy of intellect over physical strength. An escalating problem is well channelled by Byerly’s visual script, illustrated by Chad Thomas (sample page). Thomas draws more pages than any other artist this time, and if Dario Brizuela’s not available he’s a fine substitute. His turtles exude personality and there’s good movement to his action scenes.

Derek Fridolfs has a handle on the personalties of the four turtles, but his opening plot of disappointment on Valentine’s Day is more obvious and his chase sequences not as inventive as those of Byerly. The second begins better, with Mikey and a Footbot adopting new identities, but then veers into predictable territory. Both are well illustrated by Brizuela.

Landry Q. Walker’s strip has Mikey misguidedly sending ina  video of a turtles training session to a TV channel. Everyone else realises this impacts on their secrecy, and it has to be retrieved. Various turtle foes become involved, involving a long sequence of chase the package, but the lapse of logic in the final revelation is one only a child won’t spot. Before that, however, it’s a fun romp.

In addition to the feature presentations the book also includes four shorter pieces, all basically extending a single gag over five pages. Despite the use of regular series artists, none of them are memorable.

Due to the weaker back-ups and an a greater inconsistency over the main stories, this volume doesn’t match the previous two. That, though, is viewing it through adult eyes, and the intended audience will probably have few complaints.

The stories collected here can also be found with those from the previous two books in the first Omnibus edition of Teenage Mutant Ninja Turtles New Animated Adventures.