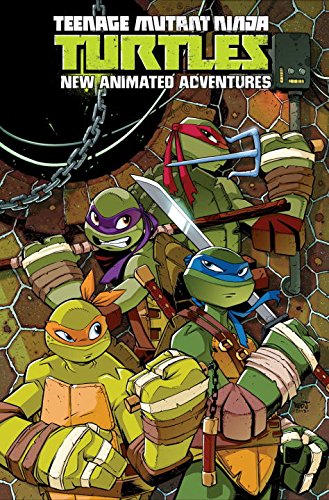 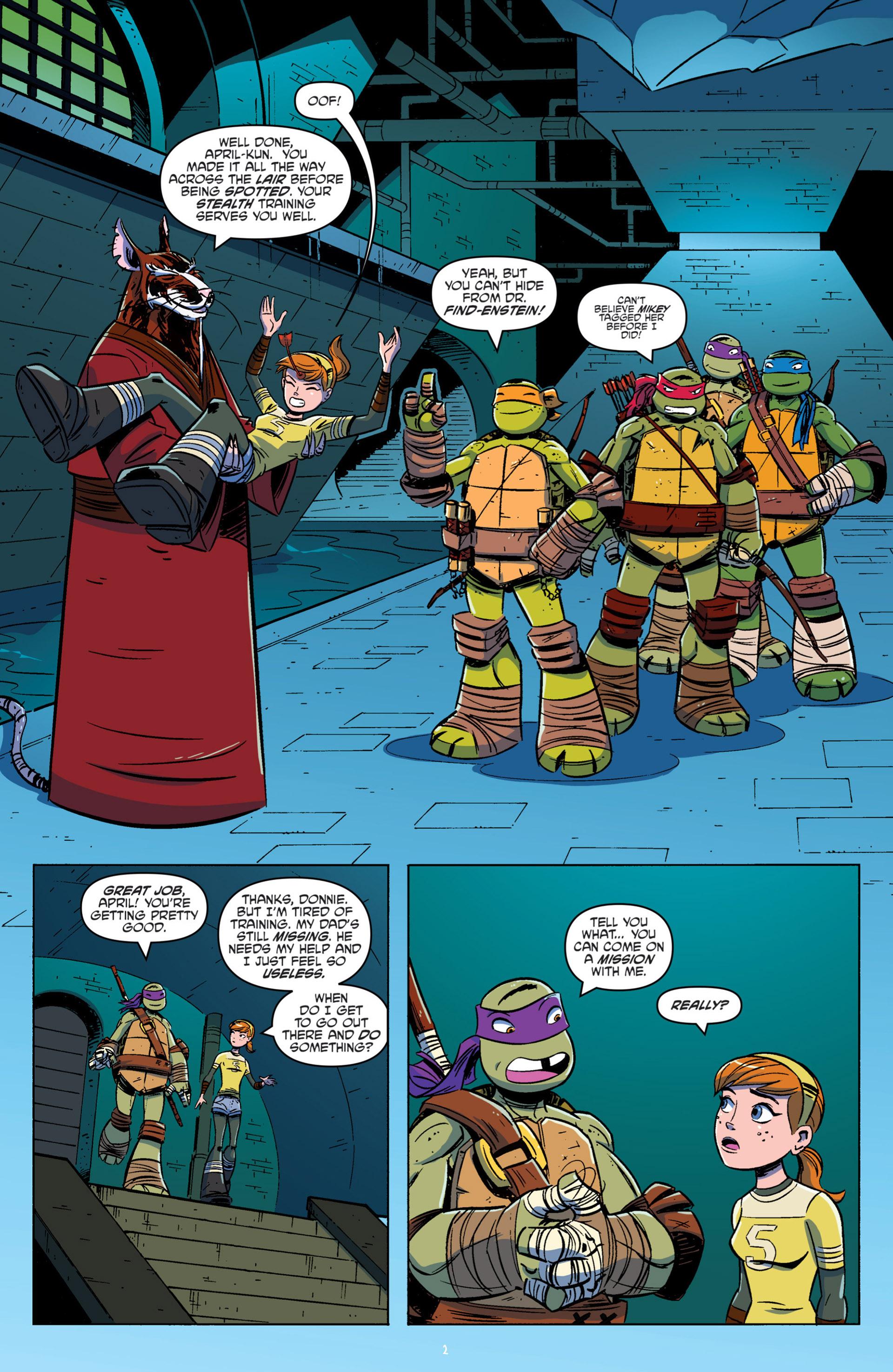 This bulkier edition combines the opening three volumes of Teenage Mutant Ninja Turtles New Animated Adventures, in which a rotating crew of creators deliver new stories in the spirit of the cartoon series begun in 2013.

One obvious change for those who loved the Turtles in the 1990s and now want to read their new adventures to their own children is that this isn’t Donatello, Leonardo, Michaelangelo and Raphael, but Donnie, Leo, Mikey and Raph. This is probably for the best as the joke was only funny the first time you heard it.

Kenny Byerly writes the most stories overall, although his contributions diminish as the book continues, and his are the best. He provides a greater distinction between the characters of the four turtles, and his sense of adventure pacing and visual imagination is greater than the other writers. These include the team of Scott and David Tipton, Cullen Bunn, Eric Burnham, Derek Fridolfs and Landry Q. Walker, all considerably experienced. None of their stories are poor. They should all please the intended audience, but Byerly is better.

Almost all of the cartooning is by either Dario Brizuela (sample art) or Chad Thomas, distinguishable via Brizuela taking the term ‘bigfoot’ more literally, and just having that slight edge when it comes to the dynamism of his layouts. Both provide good character and action. Adam Archer, only seen the once, isn’t quite up to that standard, but Brad Smith is also fine.

Best story? Everyone will have their favourite, but Byerly mixing Dr Rockwell in his ape form with the Rat King is a lot of fun, involving a clever doohickey and some great rat-related visuals for Brizuela to draw.

The entire series is pitched at the same level of the animation, so while there are thrills and the full range of the Turtles’ foes, there’s nothing to send the intended readership to bed with nightmares. A second Omnibus volume completes the series.