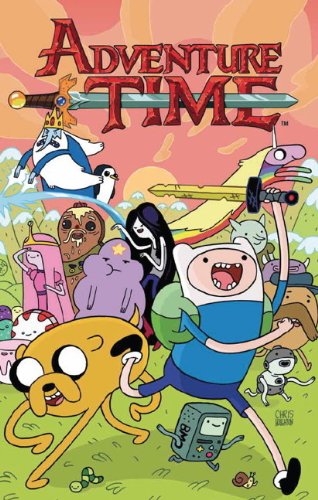 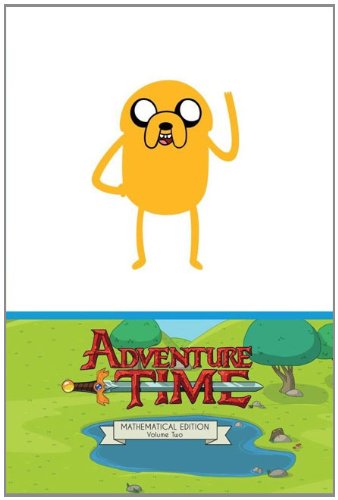 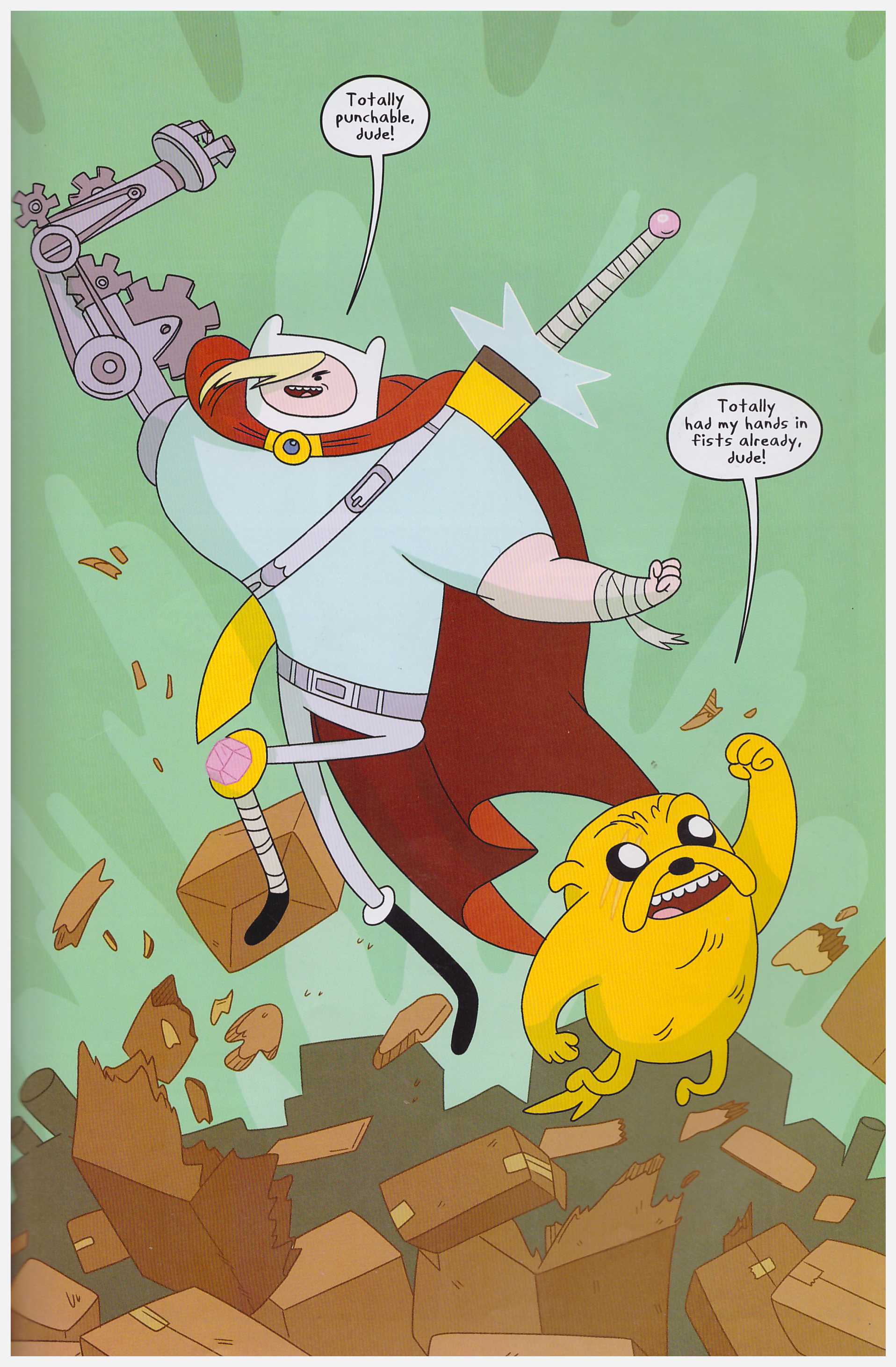 There’s a consistency to the Adventure Time graphic novels that ensures anyone who likes the TV shows is going to be pretty happy with the books. The same wacky and surreal sensibilities are apparent along with the oddly touching moments, while the art team of Shelli Paroline and Braden Lamb capture the animation style, the elasticity of the characters matching that of Ryan North’s plots.

A theme of alternatives runs through this collection, with every story touching on the topic in one form or another. Robot duplicates, a composite and future variations are presented for your entertainment.

It’s Mike Holmes who illustrates the opening story about Adventure Tim, an odd being who lives far away and is a fusion of Finn and Jake. Holmes’ art is almost as good as the regular team, but comes across as slightly more posed, primarily due to his illustrating the casts with mouths wide open more often than not.

Amiable idiots Finn and Jake have a difficult time keeping their word not to use Princess Bubblegum’s time machine for trivial purposes, and that leads to a larger plot of the pair in the future. Largely due to their neglect and incompetence, it’s not the cheery place you might imagine. The use of time travel and robot duplicates underlines the similarity between Finn and Jake, and Bill and Ted, surely an influence with their good humoured idiocy.

North has a lot of fun with the concepts of time travel, shredding them mostly, and even takes Finn and Jake back to their pilot episode among other imaginative lunacy. By the end of the book it’s as you were, and no-one can claim that adventure time has not been had.

As with the other volumes in the series, success has bred luxury, so this is also available as the hardcover Mathematical Edition.