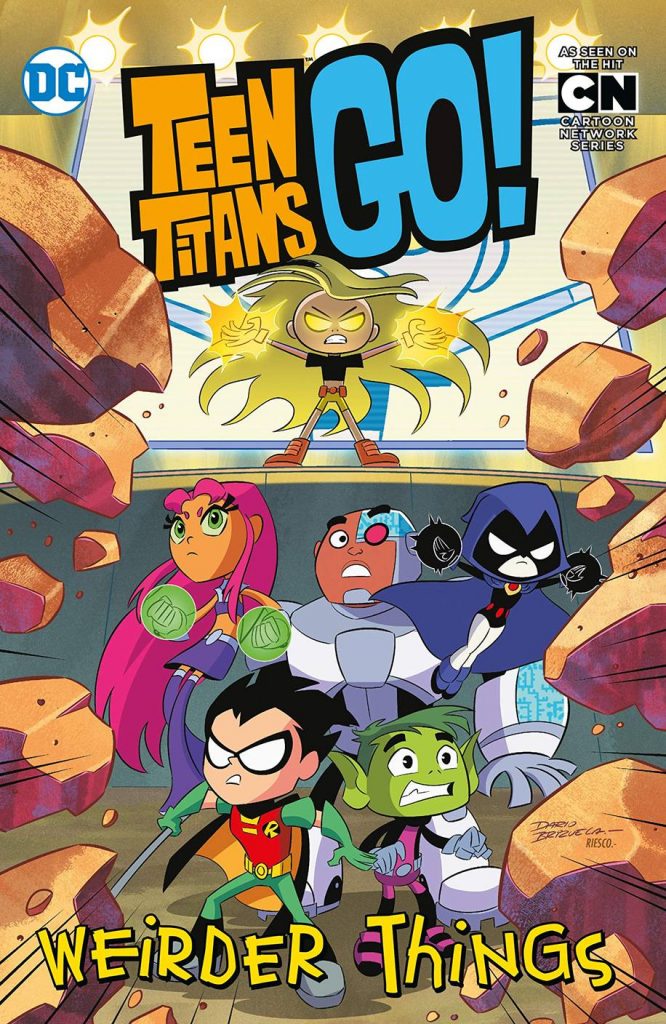 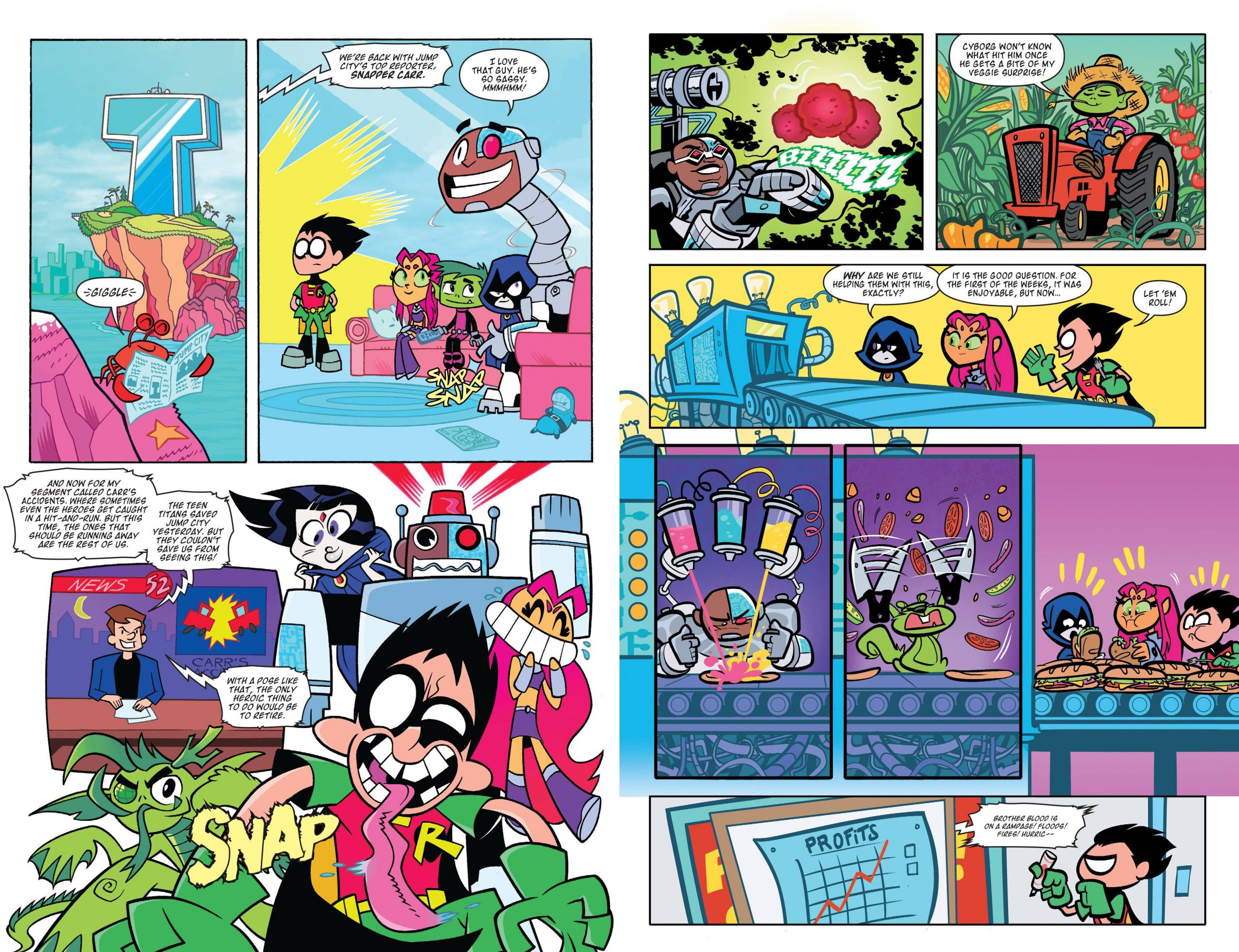 While there’s still a lot of fun in places to be had from Weirder Things, this Teen Titans Go! collection is an up and down affair, with the opening strip one of the weakest, which never creates a good impression. Matthew K. Manning starts with the old joke of origami being a deadly martial art, then pads the lack of further inspiration with an extended fight scene. However, later in the collection Manning redeems himself with a funny second script about Raven hiccuping interdimensional portals into existence.

As ever, although his contributions are fewer these days, it’s the writing of Sholly Fisch that sets the standard. He has a natural comedic touch over and above everyone else here, although Derek Fridolfs comes close with his tale of the Titans realising they’re falling far short when it comes to posing heroically, so they need to find role models as examples. The search Fridolfs supplies is laugh-filled, he’s the only writer to emulate Fisch by including little throwaway gags as the story progresses, and his ending is good, surprising and funny. In too many other cases, though, the jokes are obvious and the plots too predictable. Even Fisch has his off days, though, with a Hunger Games pastiche very ordinary by his standards.

This is disguised to some extent by some great cartooning, with the Titans drawn as their usual wonderfully exaggerated selves, the samples being from Derek Fridolfs and Sarah Leuver. Everyone else is good, though, with newcomer Philip Murphy making the most of the assorted locations in the hiccup story.

Interestingly, although entirely coincidental, a collection where Raven is largely little more than a sounding board for bouncing back dialogue is inadvertently addressed in a strip near the end by J. Torres, where she considers her role in the team and whether she’s under-appreciated.