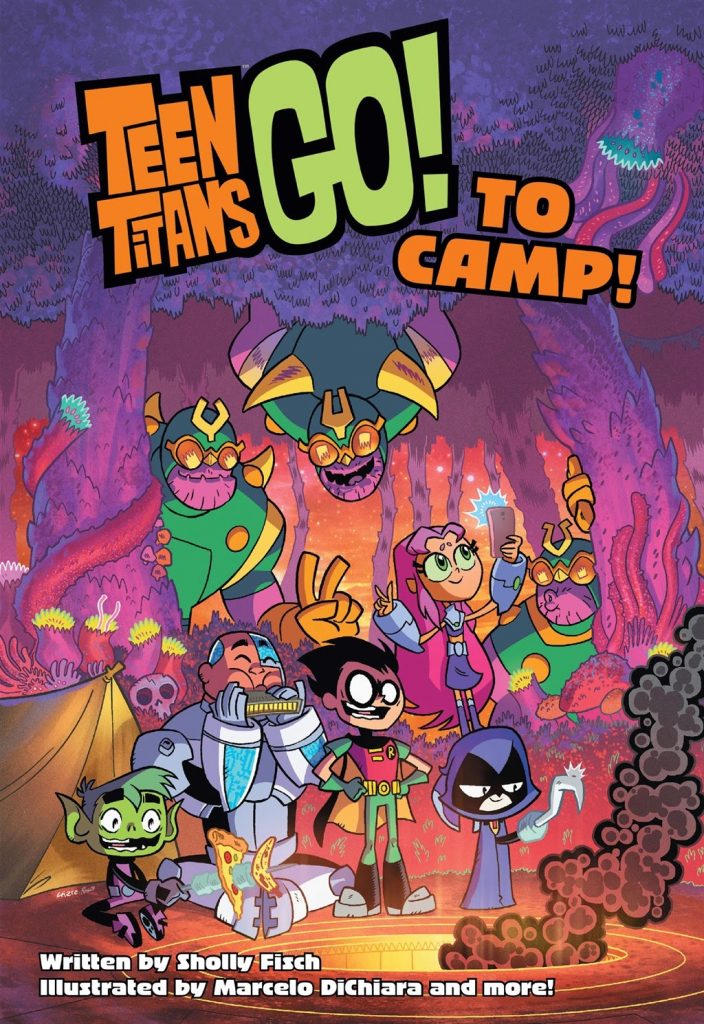 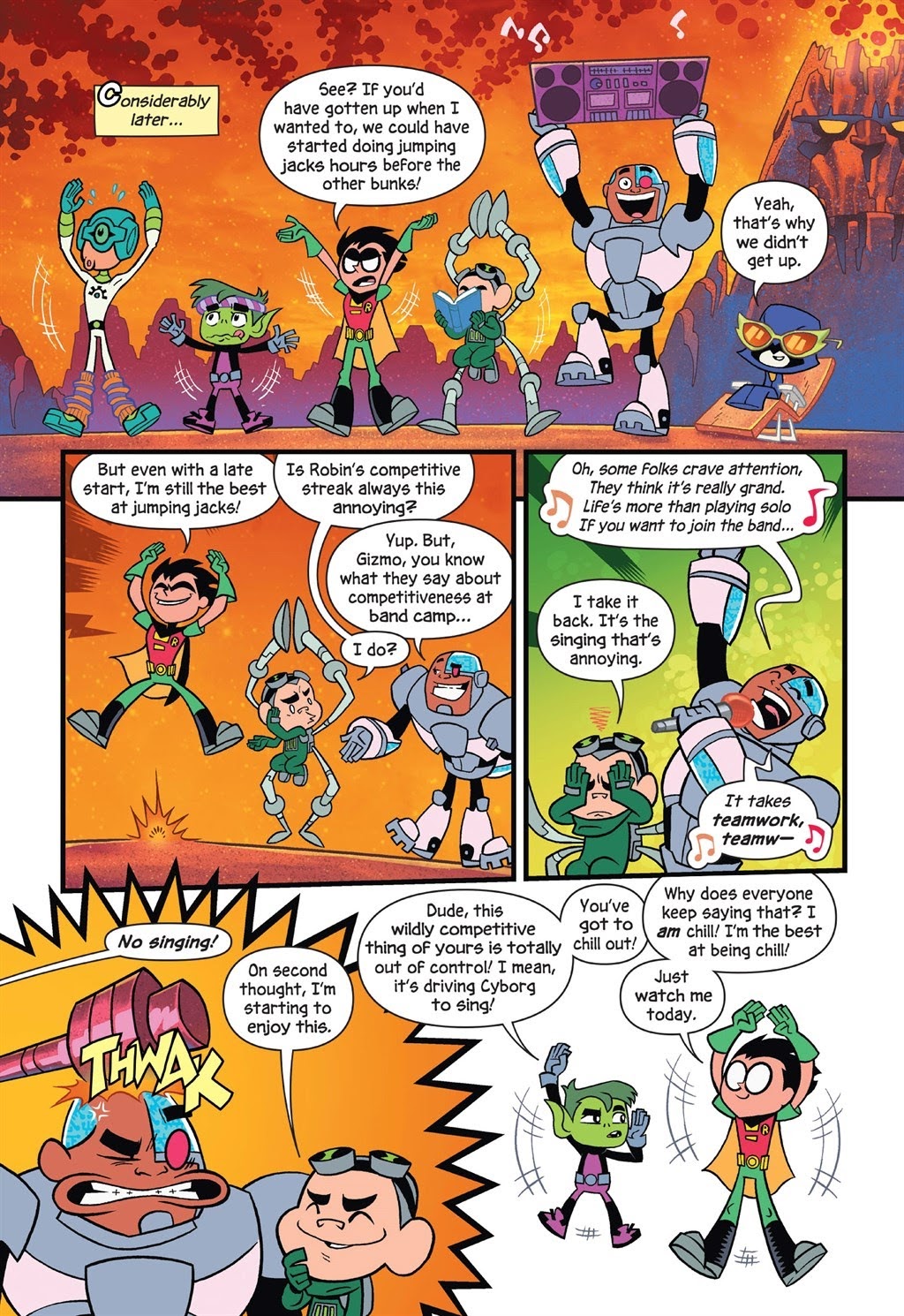 About that title… Do they really not know?

The Teen Titans are looking forward to six weeks of fun at summer camp, only this year it’s going to have to be a different summer camp on account of the excess damage caused by Robin’s competitiveness the previous year, shown in the opening chapter. Unfortunately that means that the only choice available for the Titans is Camp Apokalips, and on arrival they discover that they’re once again bunking with last year’s foes Titans East and the Hive Five.

While other writers produce the occasional good Teen Titans Go! story, none of them can match Sholly Fisch on top form. He has a comedian’s sense of timing, nails the characters and their dialogue, and sets up one hilarious situation after another, so it’s a relief to see he’s the first choice when it comes to an extended Teen Titans Go! outing. He doesn’t disappoint. Perhaps the joke about Robin’s competitiveness is milked a little too far, but the variations are good, and he thinks visually when writing, so chief artist Marcelo DiChiara has plenty to work with.

Not that DiChiara needs too much prompting. He’s a natural cartoonist who makes the most of a manic Robin or a cackling Beast Boy. A special treat is seeing his comedy versions of the Apokalips residents in goofy cartoon form.

Although it’s a complete story with a beginning and a gala musical finale, Teen Titans Go to Camp is episodic. Fisch runs through his series of gags on one subject, like the Apokalips camp canteen, then moves onto the next, so in that sense it’s not too different from earlier collections, as, like them, it was originally serialised online in weekly instalments. Also included are eight letters back from camp, written respectively by each of the Teen Titans, Speedy, Billy Numerous from Hive Five and a Parademon, and these are the sections drawn by other artists. Because the letters are separate from the main events it matters little that the artists have other styles, and Fisch writes these as a series of one page jokes.

There’s yet to be a poor Teen Titans Go! graphic novel, and the wait will continue. 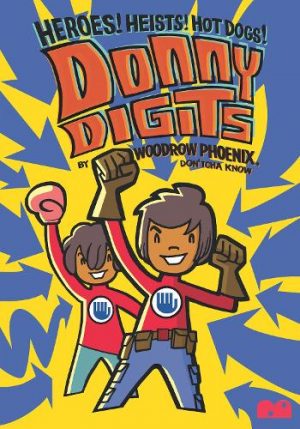 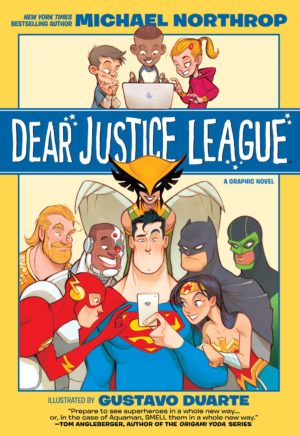