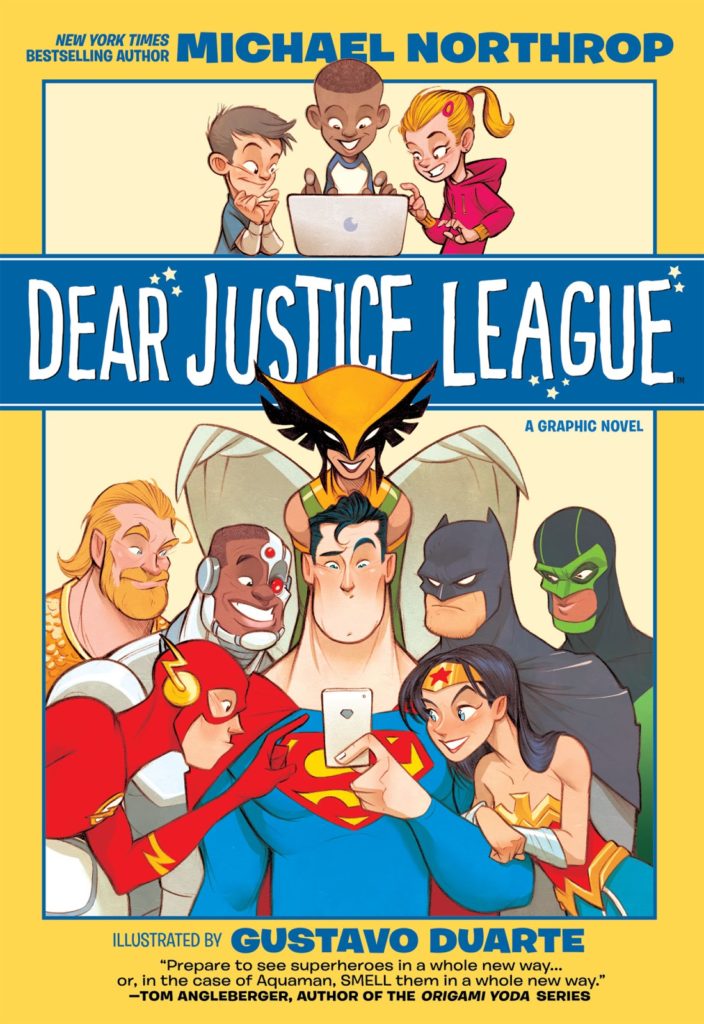 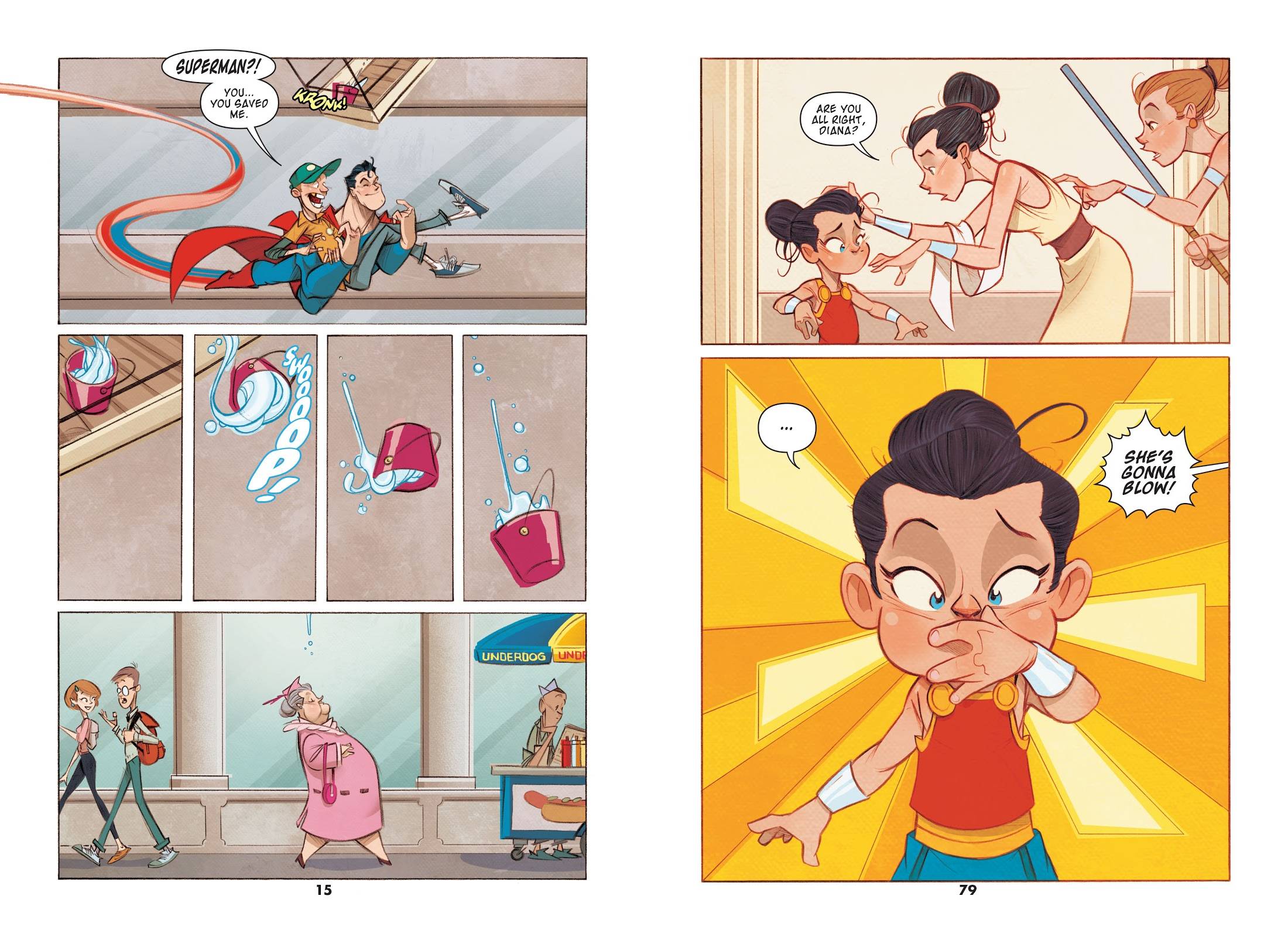 The lovely starting point for Dear Justice League is that the Justice League members all receive texts and e-mails from young people. Individually, chapter by chapter, we see the members keeping up with their correspondence while Michael Northrop and Gustavo Duarte show us a sequences of each hero going about their business, doing something relevant to the message they’ve been sent.

Northrop is considerate enough to devote a page to introducing every Justice League member, running through who they are and what they can do, but briefly so as not to alienate those who know already. His methods incorporate many pleasing little notes, bringing out the humorous side of the heroes, and having a running thread of alien insect beings causing trouble. In Brazilian cartoonist Duarte, Northrop has a supremely sympathetic collaborator. The bulk of Duarte’s own comics are dialogue free, so he’s used to ensuring characters convey what they feel visually, and in addition to this talent for expressive cartooning he has a neat adaptability, drawing a young Wonder Woman as well as he draws Aquaman’s sub-sea battle.

An over-riding message for the younger audience is that making mistakes is okay, but it’s how you deal with those mistakes that’s character defining. Northrop has some of the heroes screwing up in his engaging short stories, and while he exaggerates some personality traits for a laugh, these fallible versions aren’t very far removed from their serious adult counterparts. Pretty well any reader with a sense of humour will have a good time here, whatever their age. The test is this: does Batman sending out signed pictures of him looking imposing with the message “Be good (or else)” make you smile? Encouragingly, a follow-up from the same creative team will take a look at villains.