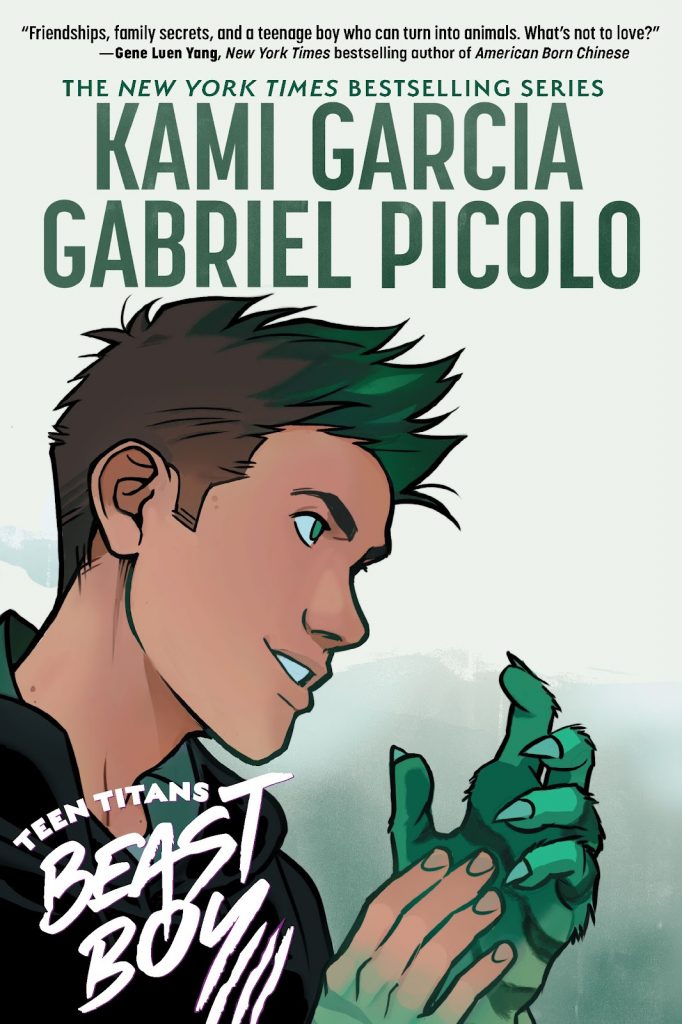 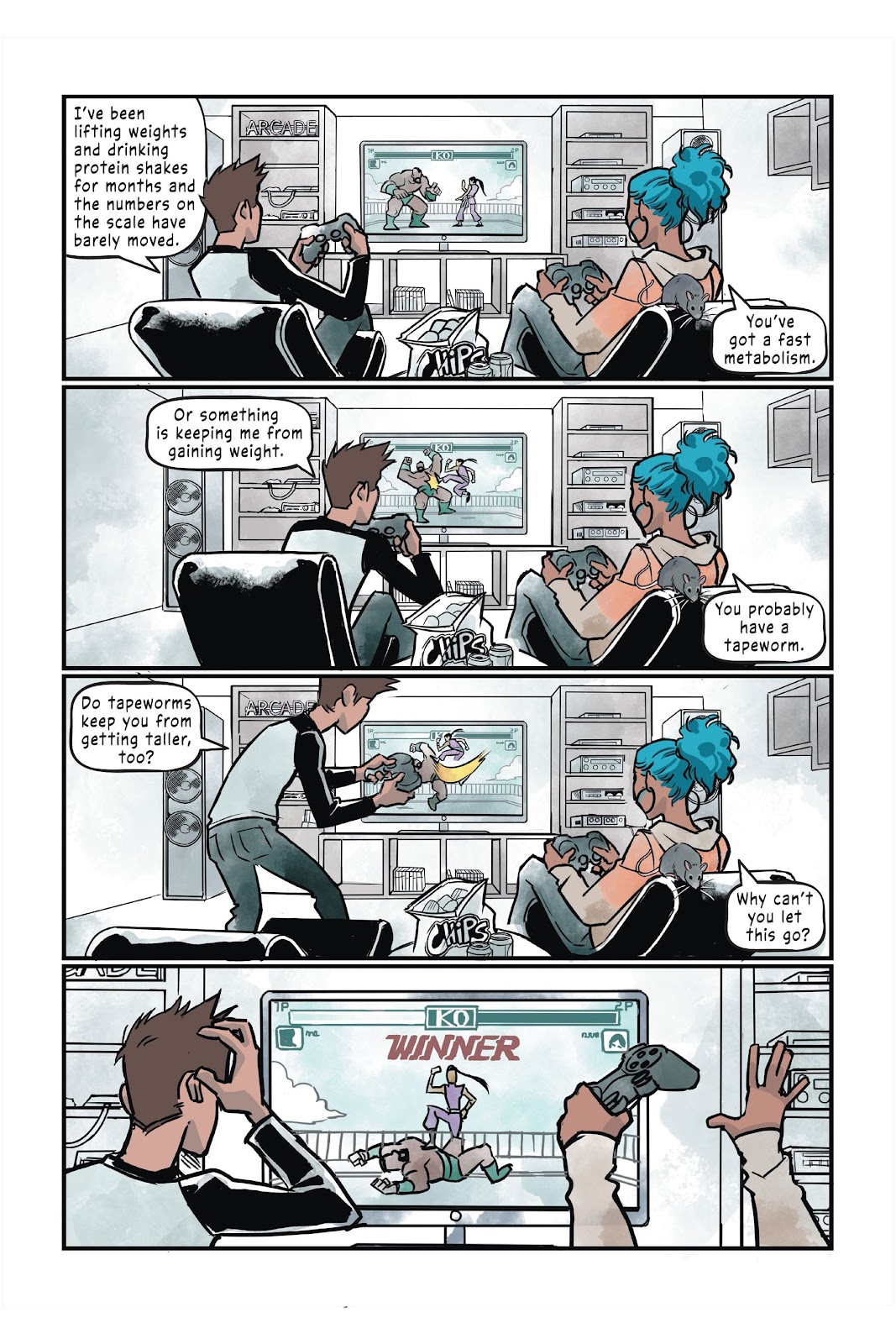 At seventeen Garfield Logan is small for his age. It’s bothered him continually throughout his young life, and he believes it holds him back despite being quick-witted and having a personality. This is constructed in considerable detail as we follow Gar’s school life over several days. It’s relatively ordinary, with some extremely low level bullying, but at just the right point Kami Garcia injects some tension by having Gar volunteer for something he feels will make him more popular.

Up to that point Gabriel Picolo’s art has been solid in defining the characters, if a little skimpy when it comes to backgrounds, but his novel method of illustrating the consequences is a great use of the possibilities open to a comic artist. It’s the first connection we have between Gar Logan high school student and the Beast Boy of the title, and it sparkles.

The stunt supplies the Beast Boy name for anyone who’s picked this up unaware of his Teen Titans pedigree, yet there’s also a deeper meaning to it, one we don’t discover until near the end. By then Garcia has turned in a respectable young adult school novel, with a side dish emphasising the futility of striving for fleeting popularity and highlighted the evils of testing products on animals.

Garcia and Picolo also produced the young adult Raven graphic novel, and this is an improved outing where the story holds together better, strong enough to survive the weakest point, which is the lack of credibility about Gar’s parents keeping an extremely relevant secret from him. That almost forces the ending, where we discover both Garcia and Picolo collaborations are continued in Beast Boy Loves Raven.