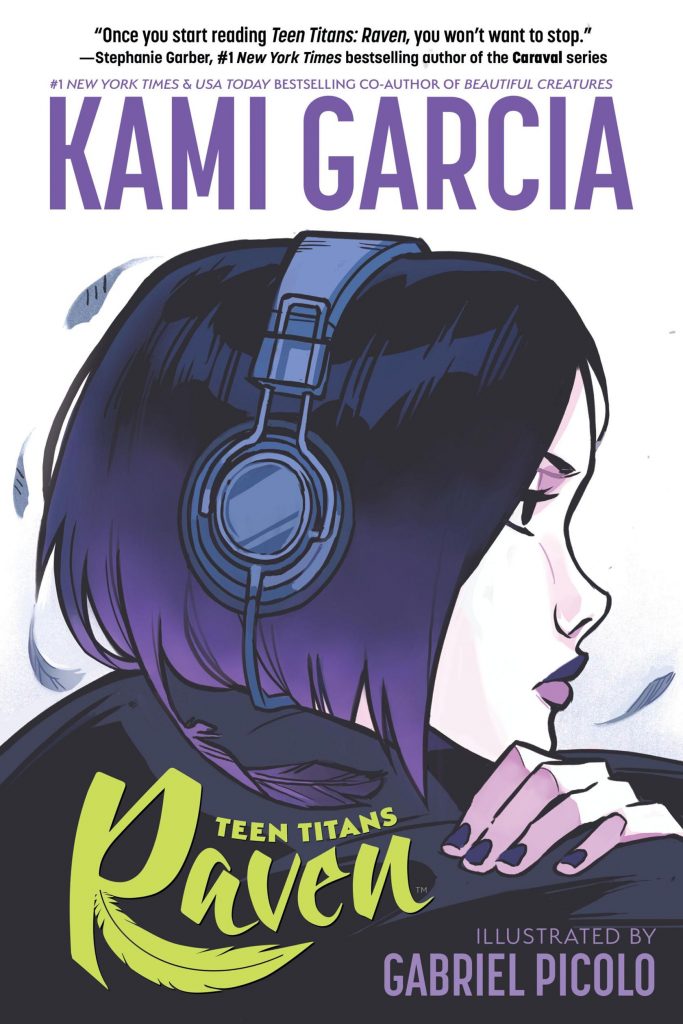 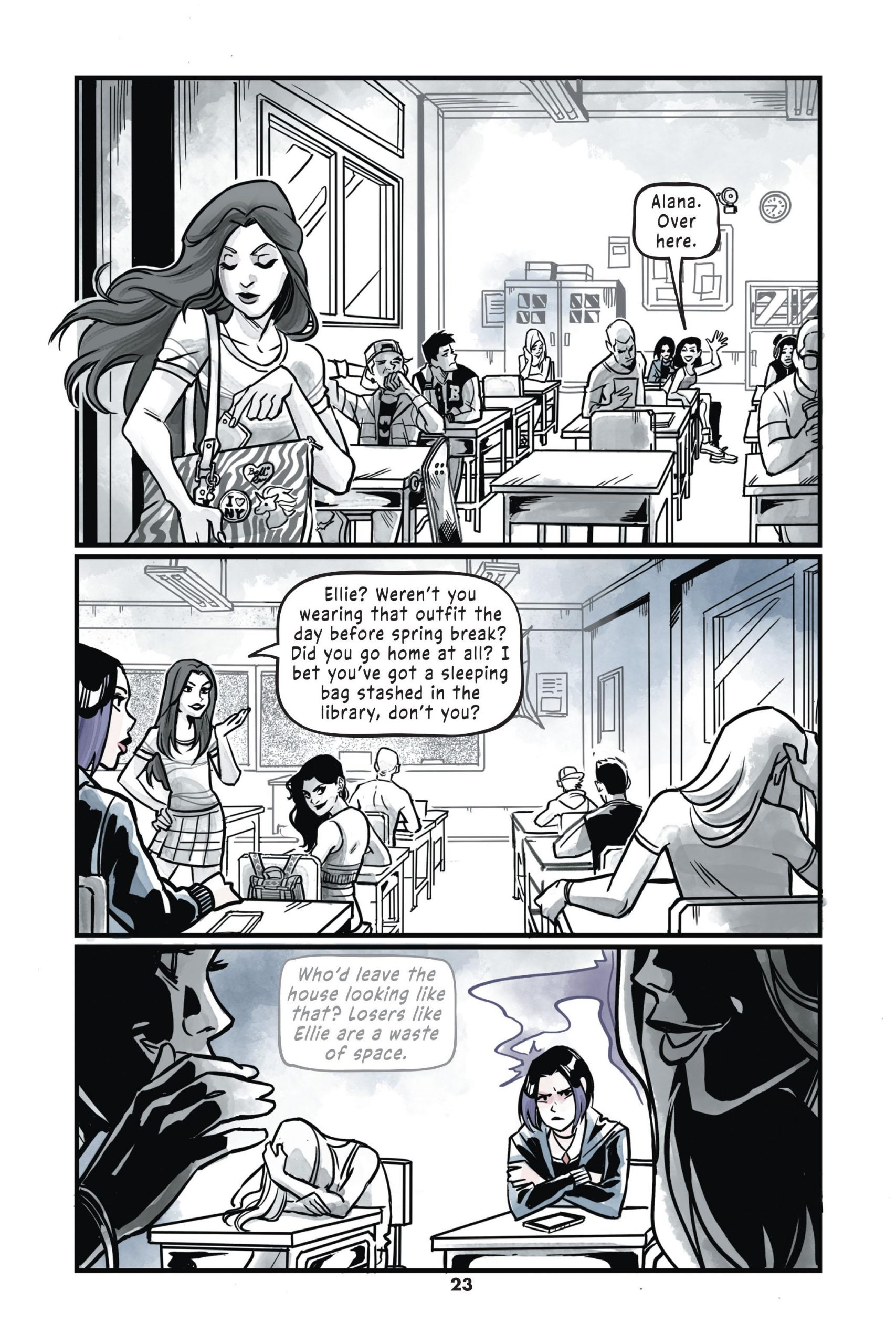 Given that to all intents and purposes in the mainstream DC Universe Raven is the devil’s daughter. it makes her an odd choice for inclusion in DC’s young adult imprint. However, as with other DC characters involved in DC Ink titles, the Raven presented here is a troubled teen first and connected with her older version second. This is Raven Roth, 12th grade student, recently fostered with Natalia Navarro and her daughter Max after a car accident that’s robbed her of her memory. There are compensations, though, frightening as they may seem at the start of the process. Raven seems able to hear the thoughts of others and to influence what happens to the them. The downside is the voice in her head asking to be set free, and there’s also the puzzle of what Raven did before losing her memory, the significance of passages highlighted in a book and impenetrable notes.

Gabriel Picolo’s intuitive cartooning has an emotional resonance to it. New readers are just going to accept that for the quality it is, but the real talent is in convincing anyone who knows Raven from the Teen Titans that this is just an insecure and concerned young girl unsure what’s happening. Picolo is key to this, his illustration deftly bringing through the necessary subtlety, expressions and the way Raven sits or stands speaking volumes. Sometimes, however, this is undone by the universal drabness of the David Calderon’s colouring, which for most of the book amounts to glum grey with a few muted shades to draw attention to a particular object. When colour is used beyond that it seems random.

Kami Garcia’s background is in young adult fiction, her best known series being The Caster Chronicles, which has similarities to Raven in opening up a whole new magical world only apparent to those who truly see. In Raven’s case acceptance comes via a broad jumble of the unexplained, including tarot readings, new age psychology and voodoo. Even in a world where we know what Raven is destined to become, there’s a feeling of thrashing about, and Garcia’s on stronger ground when she’s developing the friendship between Raven and Max, which forms the story’s foundation. Having spent much of the story wheeling out dire prophecies, the fear is that come prom night Garcia will go all Carrie on us, and while key events occur, at least that’s avoided, but so is the chance to end the story neatly. Instead it drags on for another dozen pages to something altogether more ambiguous. And in a world where DC are attempting to attract new readers with standalone stories, the use of Slade Wilson, elsewhere Deathstroke, is messy.

At the end Raven wanders off to connect with an unknown destiny having learned something about who she is, and that’s fair indication of the overall plot. It goes through motions, draws on influences, and pushes buttons without ever manifesting much originality. For all the trappings, so much has been kept so ordinary, and while the character building is good, Raven plods.

Subsequent releases reveal Raven as part of a bigger picture, after which the intrusion of Wilson makes more sense. Her story continues in Beast Boy Loves Raven, but the same creative team first produce Beast Boy.