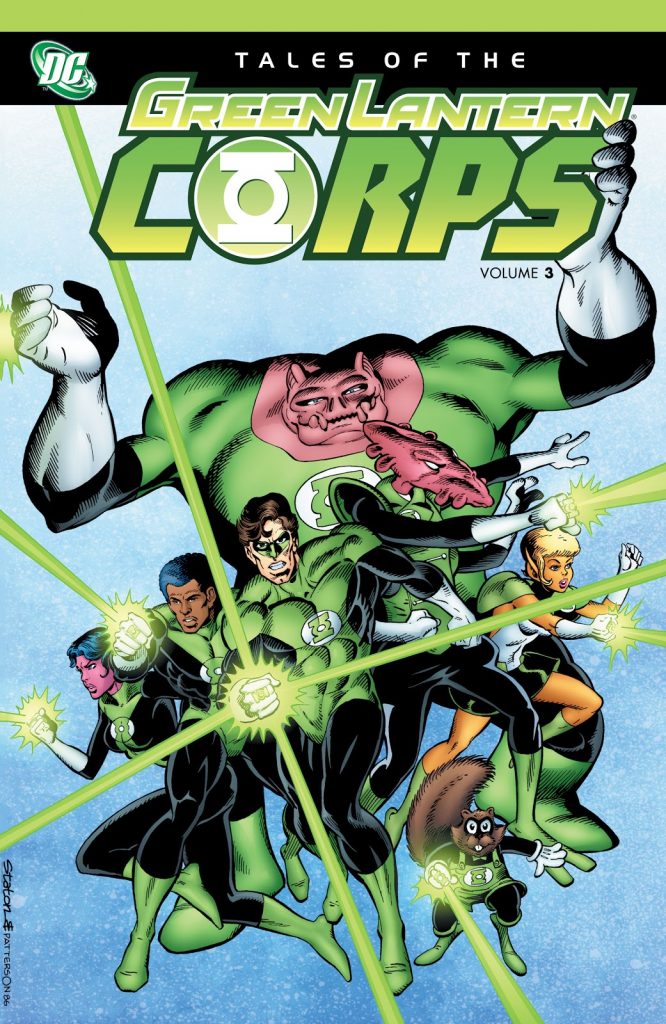 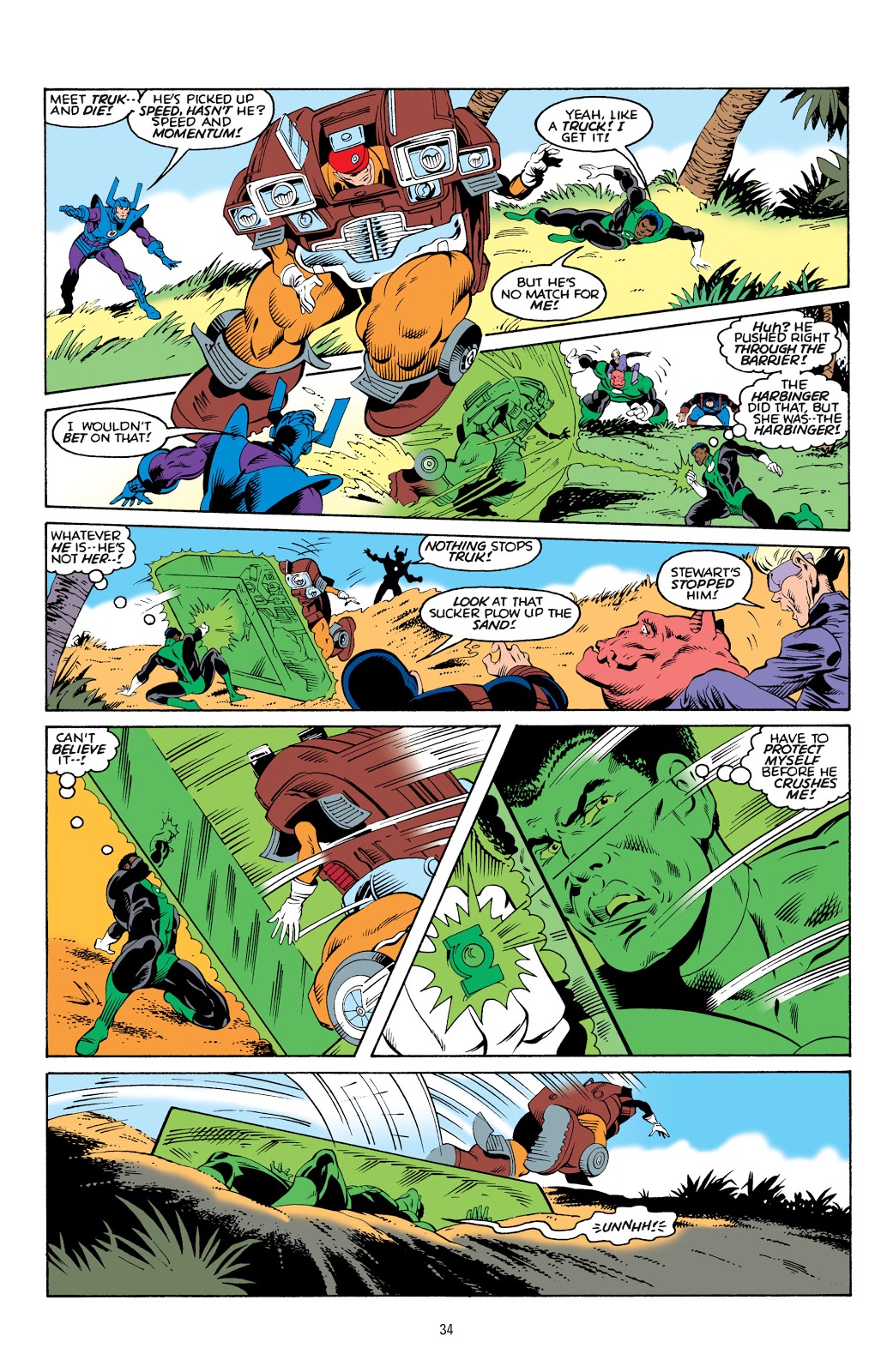 For some strange reason, although DC didn’t reprint all the short 1980s ‘Tales of the Green Lantern Corps’ stories in the previous two volumes, this collection instead picks up the 1980s continuity of the main Green Lantern series, continuing from the Sector 2814 volumes. To compound this haphazard eccentricity, instead of continuing these Steve Englehart and Joe Staton stories in a fourth volume, they’re instead consigned to Green Lantern Corps Volume 1: Beware Their Power. Bob Harras is credited as the Collections Editor, so perhaps he can unravel the mystery.

Englehart reintroduced Guy Gardner and John Stewart to the Green Lanterns, and restored the green ring to Hal Jordan. He’d already been using a couple of the alien Green Lanterns in his stories, and after considerable ructions in the GL Corps the Guardians of the Universe no longer guide their destiny. Several Green Lanterns have also discovered that they’re unknown on their home planets, either as Green Lanterns or civilians, a consequence of the universe shifting events in Sector 2814 Volume 3. This hasn’t affected the human Green Lanterns, who are remembered, not least by Hal Jordan’s villains, who’re united and on the loose. It’s a plot Englehart addresses at once.

He bases several Green Lanterns on Earth, and in the opening chapter introduces Kilowog. For British readers of a certain age he’s appallingly named, but has become a popular character, a prime scientific mind housed in a bulky body, and a no-nonsense view of the world. Englehart’s attention to character is interesting, but time hasn’t treated his version of Arisia very kindly. Introduced as a peppy, young teenage girl with a crush on Hal, a subplot has her altering her form to appear older in order to appeal to him more. It’s troubling, as is her becoming a hysterical woman, and the caveman way Hal deals with it, a method repeated by another Green Lantern shortly after. That looks very bad now, and in a few more years it’ll look appalling.

Among the Green Lanterns who’ve arrived on Earth is Ch’p, a sort of humanoid chipmunk, and his presence enables Englehart to swerve the narrative quite wildly from standard superheroics into something approaching funny animal comedy. This greatly suits Staton’s strengths, and at the time there was possibly no other artist working in superhero comics who could have so effectively incorprated Ch’p’s arch-enemy. Staton’s also good when the Green Lanterns announce themselves to the world, a plot that will have wider repercussions when the stories continue.

Considering what he later became, the version of Black Hand supplied here is well off beam, representing how much content reflects the simpler superheroes of the 1980s. However, Englehart takes the characters to interesting places and has quite the sardonic approach overall, and Staton’s cartooning is to be greatly admired, making this a collection that still entertains, but has those troublesome moments.