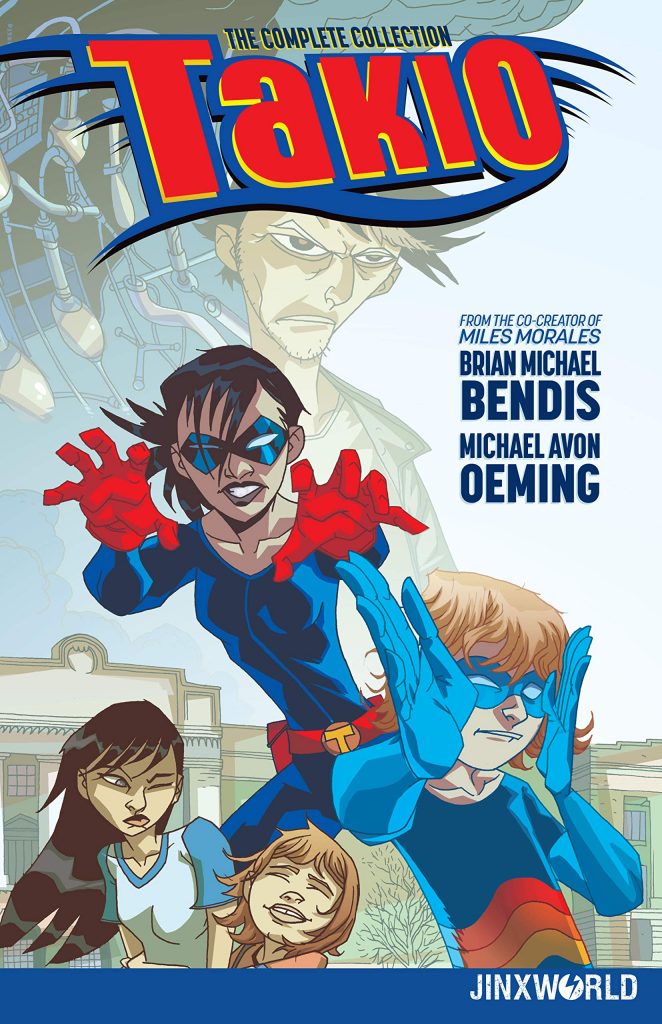 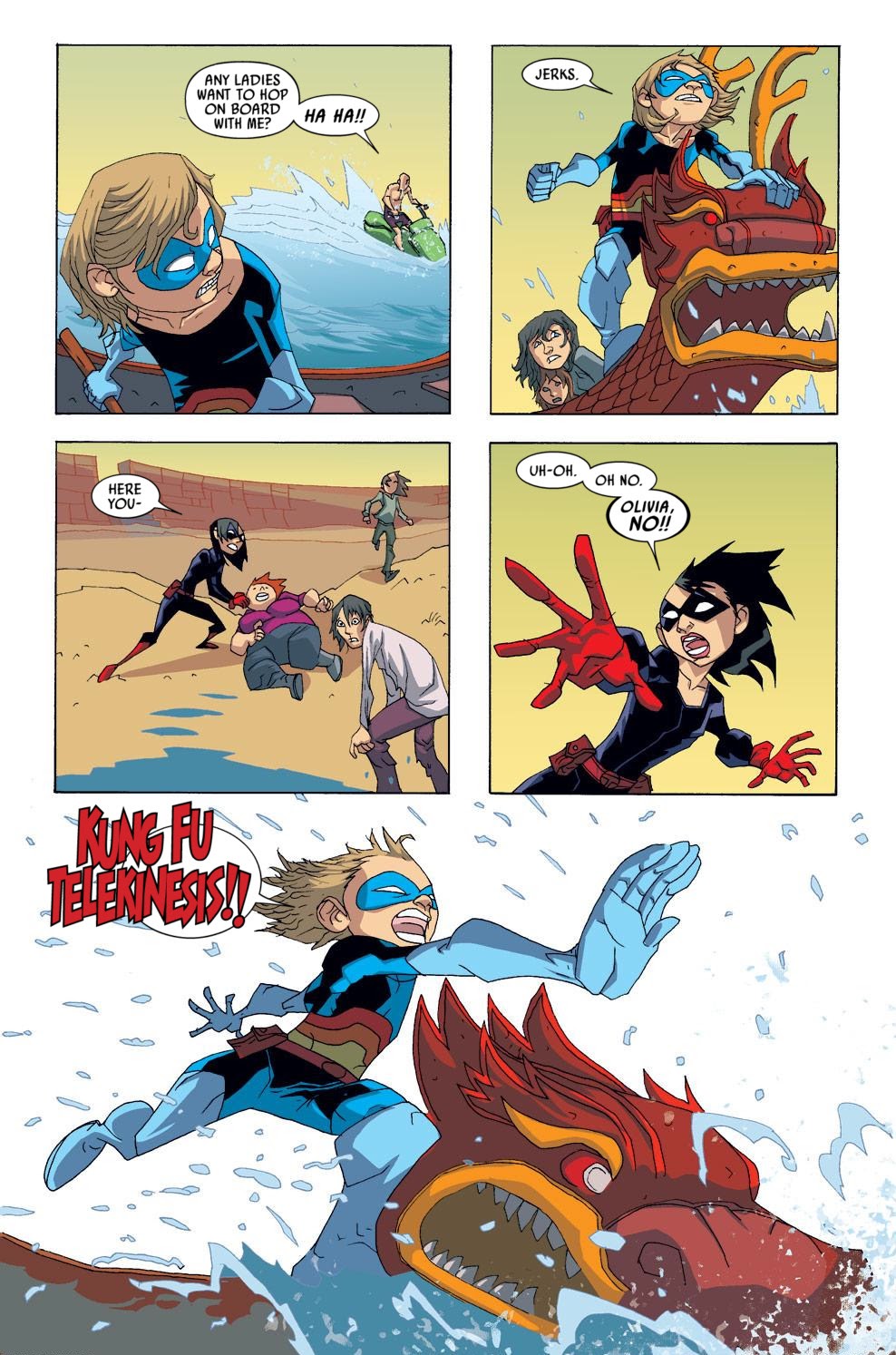 Olivia, seven, and Taki, thirteen, are sisters, but in the family sense rather than biologically as they’re both adopted. There is a fondness on Taki’s part, but the gap in ages and Olivia’s endless lively enthusiasm drives her mad. However, when they both end up with super powers, there’s a necessity that they work together, as those super powers come at a price.

After some prompting, Olivia comes up with Kung-Fu Telekinesis as a description of what they can now both do, but Brian Michael Bendis only uses the powers as a way of exploring the personalities of the two sisters more deeply. Bendis’ daughter, not uncoincidentally also named Olivia, is co-credited as a creator, and it’s not difficult to imagine some of the wild ideas might come from a child’s ultra-creative mind. She certainly had input into designing the costumes, which Michael Avon Oeming brings to vivid life along with the ideas about how two young girls would behave if suddenly given super powers.

There’s an emotional counterpoint of Taki falling out with her best friend, and Bendis brings through well the devotion children have for their parents no matter what, and how they can be manipulated because they don’t have a complete understanding of the world. That, though, is the side dish because what Bendis and Oeming are mainly concerned with is sheer joy of two young girls exploring what they can do with super powers. It’s not quite an all-ages graphic novel as the motivations and actions of the villains are a little too sinister for that, but Takio is otherwise a fast-paced, exuberant treat.