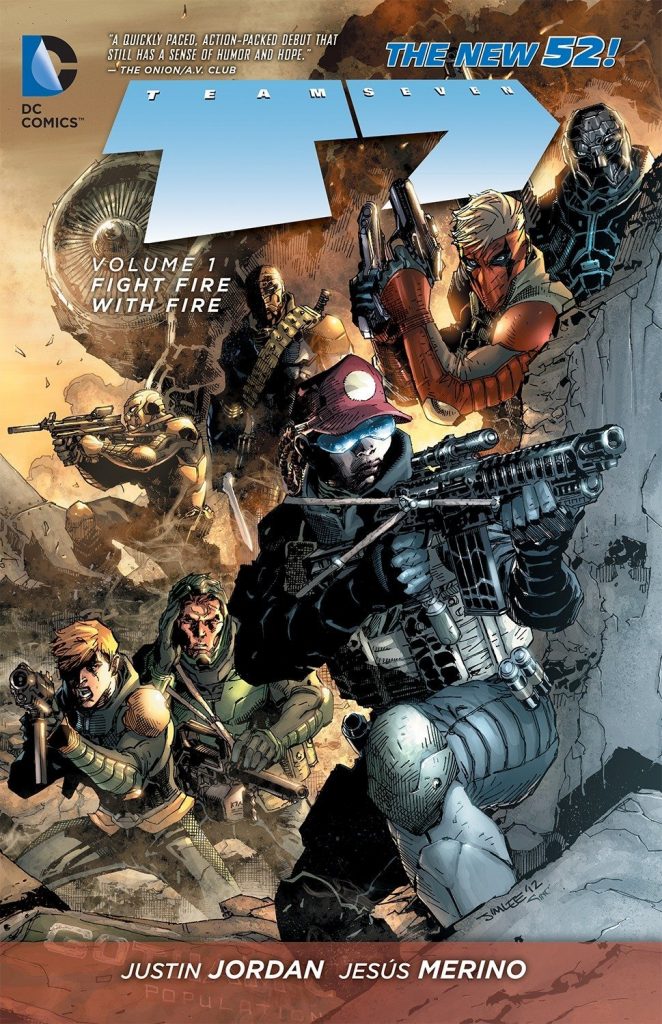 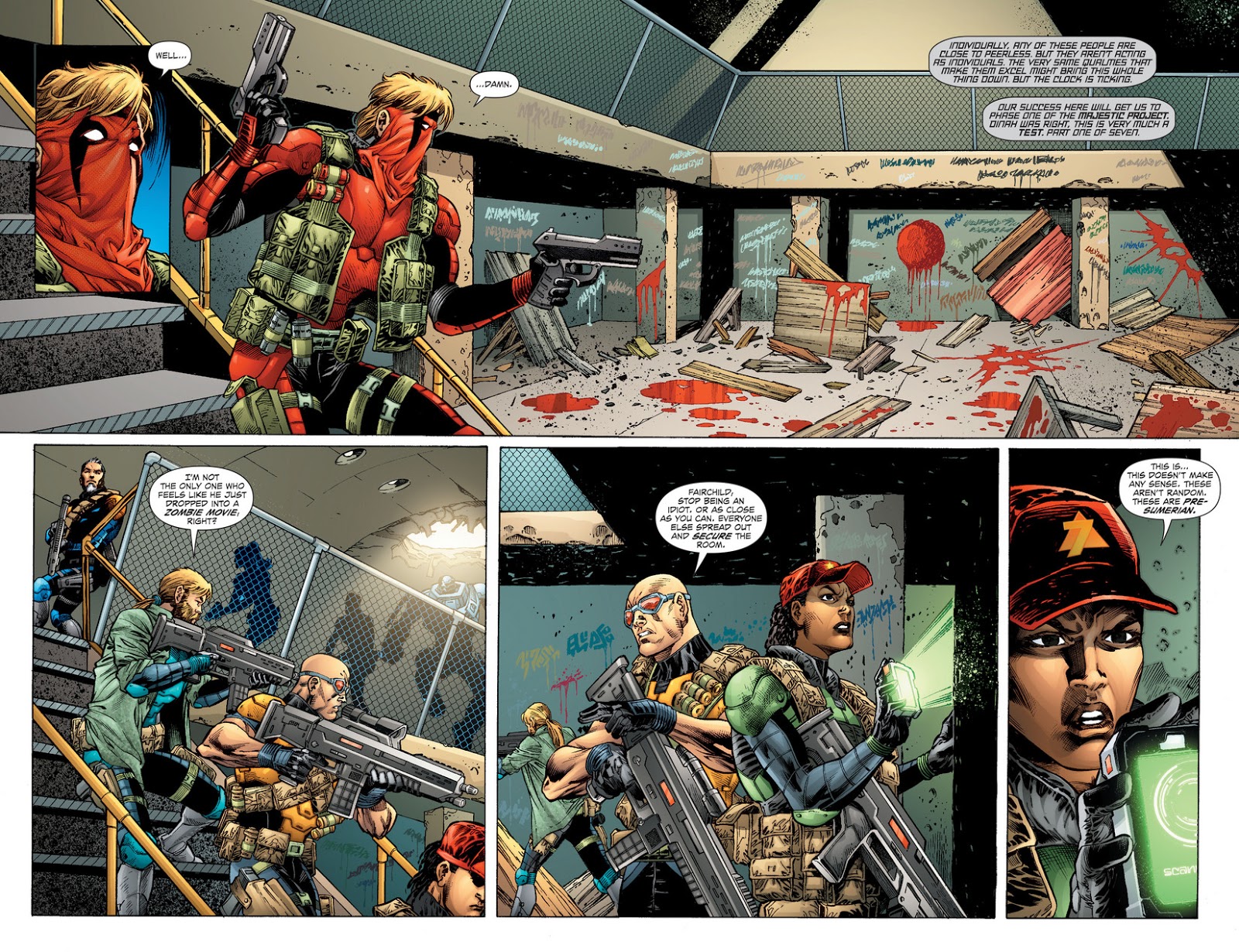 When DC completely re-booted their universe in 2011 they incorporated not only their own history, but characters and their past from the WildStorm line of titles they acquired in 1999. An obvious manifestation is Team 7, or T7 as per the title of this reconfiguration, which in the old WildStorm was the core group of characters whose activities impacted on the entire line. DC take the same approach of setting the series several years prior to the present day of their ‘New 52’ universe, and explaining how many of their characters are connected.

Government action operatives Dinah Drake and Kurt Lance are tasked by John Lynch with gathering other agents to form a new proactive team aimed at intervening in a world where there are now super powers. Drake is of course better known as Black Canary, Cole Cash as Grifter, Slade Wilson as Deathstroke, and Amanda Waller would come to run the Suicide Squad. James Bronson, Alex Fairchild, Dean Higgins and Summer Ramos are lesser known quantities, which is because any action series needs casualties.

T7 is a frustrating missed opportunity. To begin, Justin Jordan sticks close to expectation by gathering the team while showing why each fits the parameters. They’re then sent on a near impossible first mission to reiterate their capabilities, while introducing the abrasive personalities. The mission goes wrong quickly, and captioned assessments of the squad accompany the desperate measures needed to correct an escalating crisis. So far, so good, but that’s when the wheels come off. Unfortunately, while events spiral out of control, so does the story, as Jordan builds it around shock chapter endings without giving enough attention to events between, nor to distinguishing his characters, who’re all the same cynical tough guy spouting bleak and deadpan dialogue. Bronson suddenly wears armour without explanation, and his shades are transferred to Higgins. Such sloppiness is compounded by three artists over the first five chapters (and another after), suggesting a concept thrown together at short notice.

Jesús Merino is the best of the artists, with a clear style and interesting viewpoints, although Ron Frenz has to lay out his second contribution, with two chapters by the looser and increasingly rushed Julius Gopez separating that from Merino’s third. As seen by the sample spread, when he has the time Merino’s work looks great.

A second story sees various members of Team 7 spontaneously and conveniently develop super powers when another big threat manifests, this time with Pascal Alixe and Merino each drawing portions, their styles meshing well. Most readers will, however, be beyond the point of caring. Whether via editorial slackness or tinkering, so little makes sense, serving only to fill the pages with action. Lynch’s command decisions are nuts, even given a desperate situation, in the headlong surge any sympathies that may have developed are discarded, and when the big emotional moment arrives it’s over in a page. “Rushed” doesn’t begin to describe it.

The original Image-published Team 7 (1994) has never been collected as a graphic novel, which is a missed opportunity as it’s a cracking war based thriller. Much better than this, in fact.