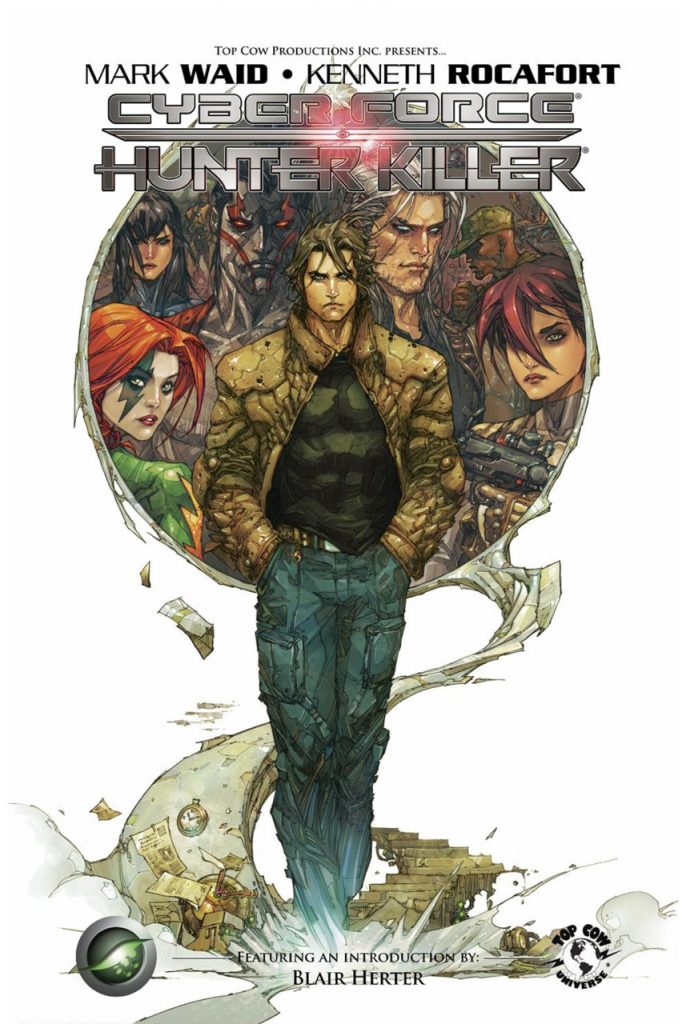 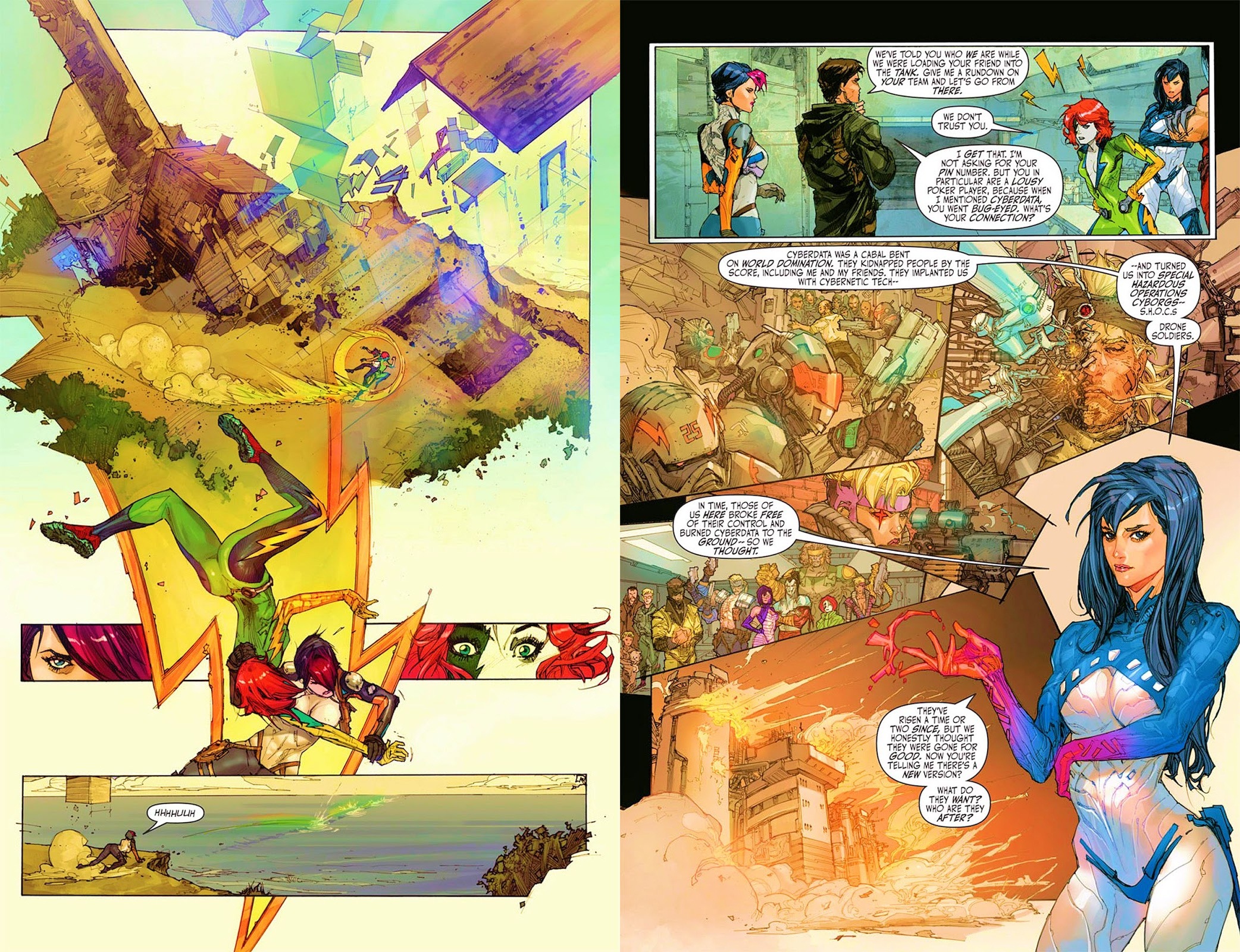 Cyberforce is a superhero team that’s gone through various incarnations since the 1990s. Hunter Killer is a project with the express aim of tracking down superhumans that escaped their facility, as introduced, appropriately, in Hunter Killer. Mark Waid’s plot for that toned down the superheroic aspects in favour of providing an action thriller in which manipulation was predominant. It concluded with lead character Ellis, able to copy the abilities of other super powered people when near them, deciding to cut his ties with the organisation.

Immediately astonishing is Kenneth Rocafort’s artistic progression in the two years since he completed Hunter Killer. He still loves noodling away at the detail, but now has a delicacy to his line, has evolved his sense of page design considerably and his loose pencils combine astonishingly well with Sonny Gho’s ambitious colouring. It’s exceptionally bright, presenting almost glowing superheroes, and when Rocafort’s incredible final chapter creations emerge Gho’s colouring amplifies their terror also.

Waid knows a thing or two about grabbing the attention as well, and his opening pages are in the form of frames from a video ad detailing what in the near future will replace your cellphone. It’s central to the plot, but so nicely introduced. So are Cyberforce, who’ve always been derivative and second rate, but Waid applies some imagination to their powers, while slotting them neatly into the hanging plot threads he left in Hunter Killer. In tune with the presence of Cyberforce, this is a superhero comic with action thriller undertones, reversing the pattern of that previous graphic novel, but it works just as well, Waid enjoying himself wrong footing readers and a solid plot underlying everything. It doesn’t entirely resolve the Hunter Killers story, but does so more satisfactorily than their solo outing, amid top notch superhero action.

At just five story chapters, this is a bulky book. That’s because it reprints the inordinate variant covers that accompanied the original serialisation and Waid’s script for the finale alongside the Rocafort’s pencils for it. Interestingly, a few pieces of dialogue and description have been redacted. Ellis and Cyberforce are next seen in the Artifacts series.