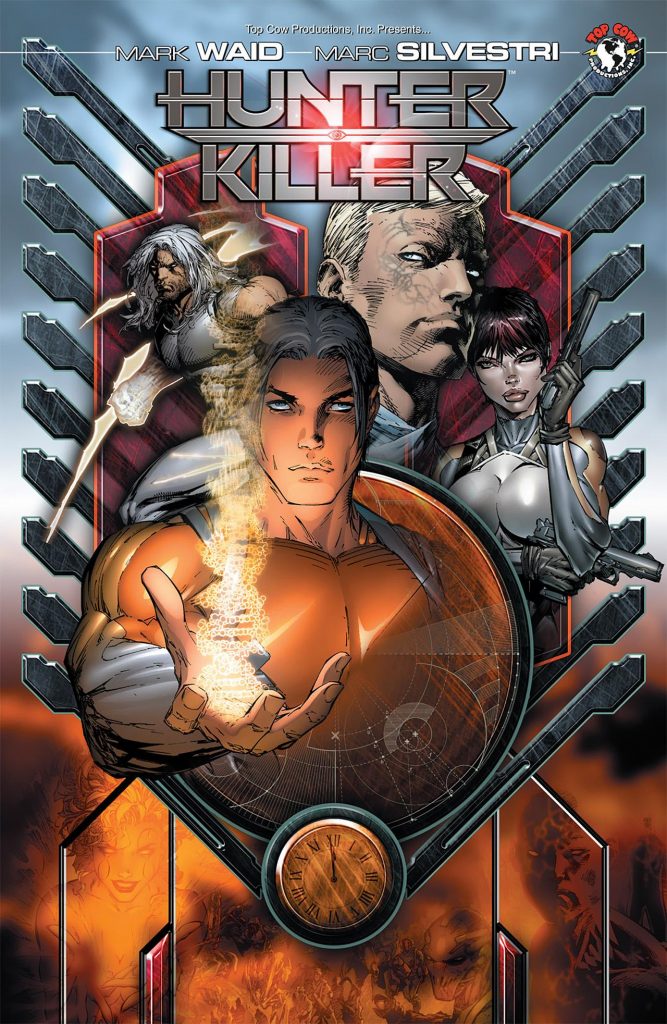 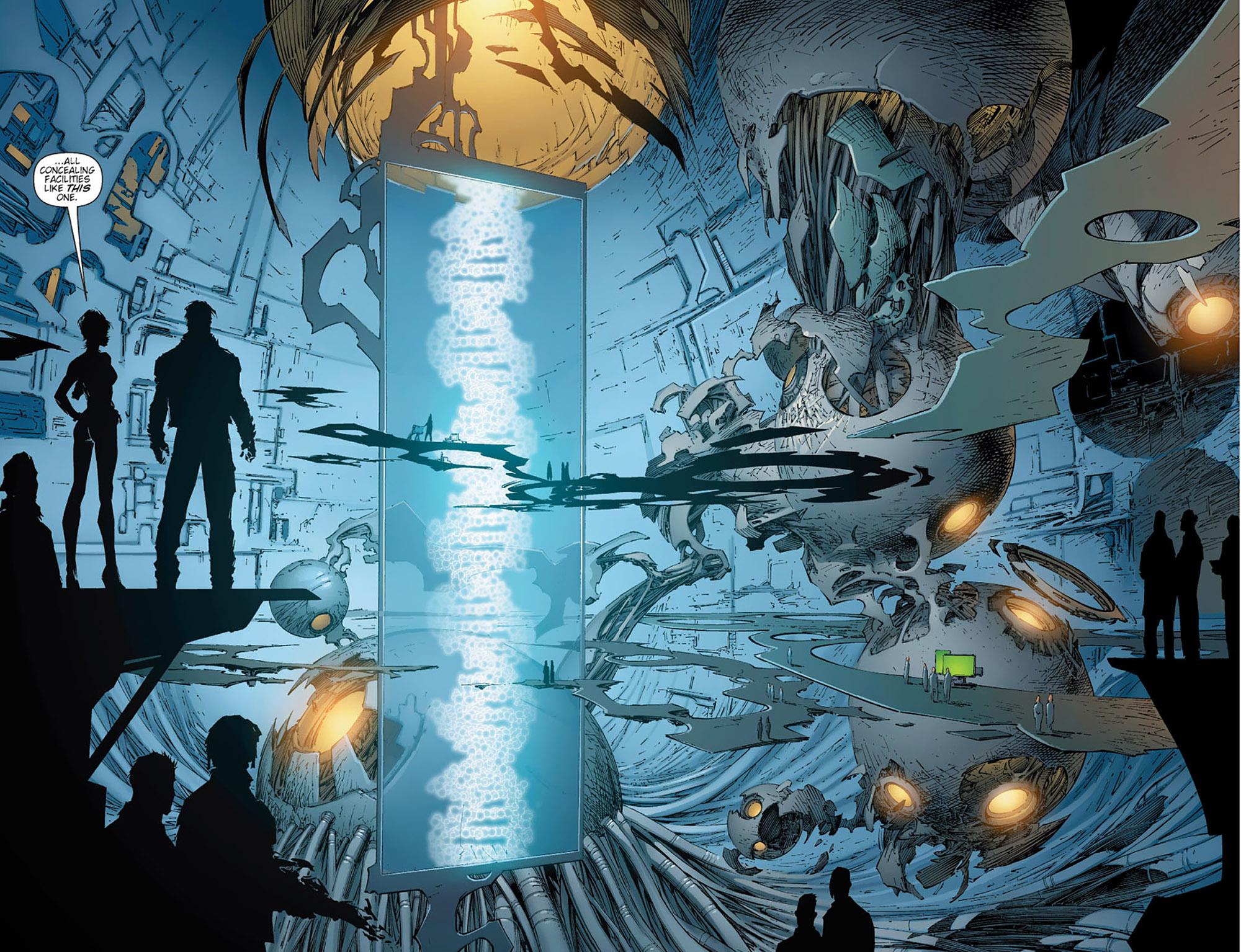 In the 1980s a top secret project was closed down, loosing hundreds of superhumans with different powers. Some are well intentioned and harmless, but most aren’t. There is a method of tracking them down, and a task force is dedicated to doing so whether they come willingly or not. Hunter Killer eventually settles around three individuals, Ellis, able to mimic the abilities of other superhumans, Sam Argent already employed hunting down superhumans at the start, and Morningstar, the man she works for.

Despite featuring super powers, the task force outlook, series of missions and lack of costumes moves Hunter Killer squarely into action thriller territory, an interesting shift on Mark Waid’s part as he crafts a twelve chapter story complete in itself. As he’s using new characters there are no corporate limitations on their progression, and some powers Waid introduces feed into that, while others are trivial, yet imaginative.

Action comics thrive on idealisation and exaggeration, and Marc Silvestri draws people as idealised perfection, but his hyper-muscled male bodies and strangely proportioned female bodies follow no known laws of physics as they’re twisted into poses and speak through gritted teeth. Oddly, when he’s drawing ordinary people in a diner with no heroic sensibilities, they look fine. His art has sold millions of comics since the late 1980s, so there are more than enough people for whom this is no concern. Silvestri’s is far better when it comes to establishing locations (see sample spread) or creating vehicles, be they real world or otherwise, and considerably more talented at layouts than Eric Basulada or Kenneth Rocafort who complete the story. They’re masters of detail, often without appreciating the backgrounds or the bigger picture.

There’s a form of irony in that, as the bigger picture is what Hunter Killer is all about. Waid establishes an interesting atmosphere of deception and manipulation, ensuring the ethical high ground keeps shifting, all the power players having a slightly different view of expediency, and the horrible shredding of personal principles frequent. Because of this, there’s never any certainty who can be believed, which moves the wild card aspects beyond a loner named Wolf, Wolverine by any other name. Most action thrillers have a point where the plot sags slightly, and here it’s when Waid needs to have an action scene to counterpoint Ellis learning something before meeting Wolf. The scenes set in Japan come across as time wasting and half-hearted. Never mind. Waid’s clever reinterpretation of many critical moments in the latter half of the 20th century, a series of great chapter endings, and an expansive background make Hunter Killer worth reading. Check you like the art first, mind.

Alternative covers to the serialised issues account for a tenth of the page count, and additional process material reveals the original series concept was Silvestri’s, but also just how much difference Waid made to what eventually saw print. Anyone remotely interested in writing action comics can benefit from his chatty advice using the proposal and first issue plot breakdown as examples. Cyberforce/Hunter Killer follows up on plot threads.