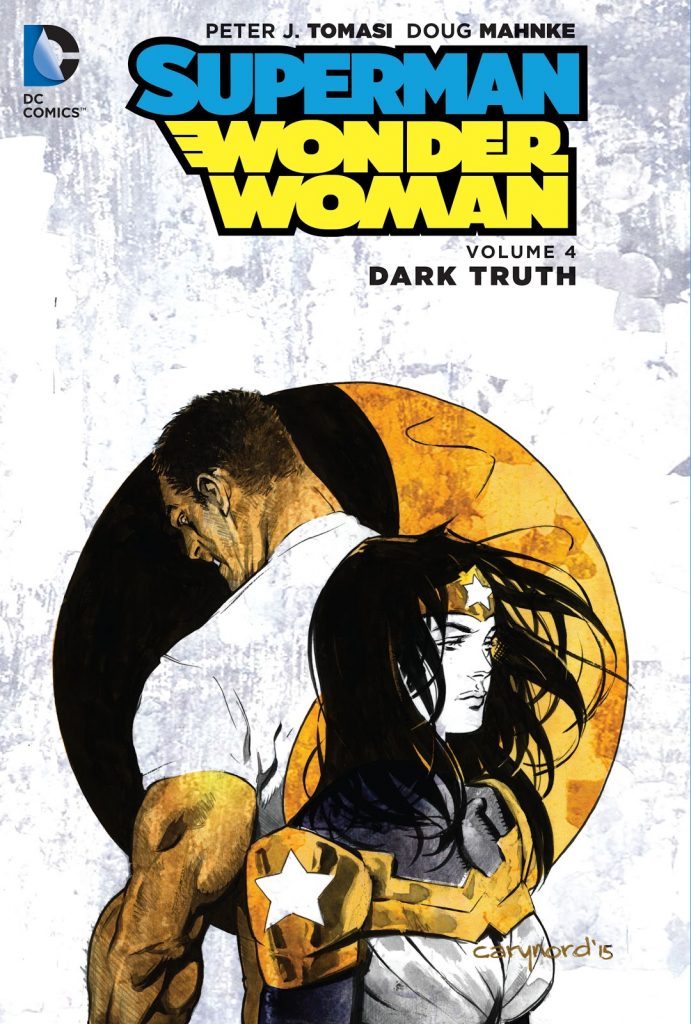 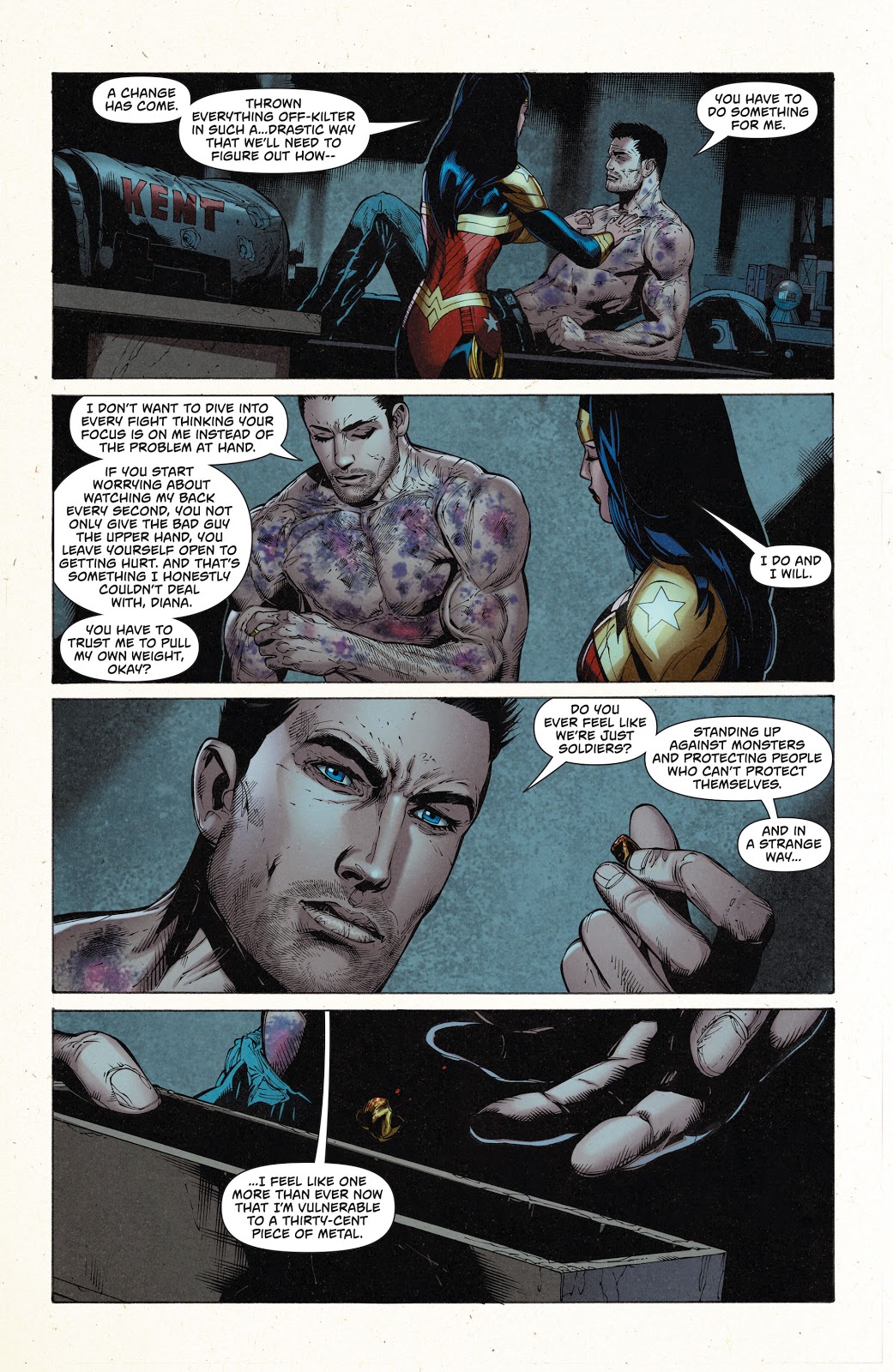 At eight chapters, Dark Truth is the longest of the Superman/Wonder Woman graphic novels, and it occurs after Superman’s been revealed as Clark Kent and there’s been a downgrading of his powers. No longer being able to fly is a liability when he receives an emergency call from old friend Lana Lang in his hometown of Smallville.

The power reduction and identity revelation is a plot Peter J. Tomasi has been landed with as part of the greater Superman continuity, but he takes matters in an interesting direction. Lana isn’t the only friend of Superman’s to go missing. Graves have been robbed and property has disappeared, and after three chapters the revelation of just who’s behind that should surprise as it opens up a whole can of worms that aren’t easily closed.

Dark Truth calls for a greater range of visual emotion than Casualties of War, and for the most part Doug Mahnke’s pages are as strong in providing the humanity as they are in providing the action. There is a qualifier, though, because it’s interesting to see how his pencil art varies under the platoon of inkers employed, ten of them in total, with some far stronger than others in maintaining the intent of the pencils. The difference when Ardian Syaf and Tom Derenick take over for the final chapter is very pronounced. Syaf’s not one for drawing anything other than figures, and while Derenick is better at embedding Superman and Wonder Woman in their locations, his layouts aren’t as interesting as a Mahnke page.

The consequences of the title story drive a considerable wedge between Superman and Wonder Woman, theirs an issue of pragmatism conflicting with humanity, which is pretty interesting considering the collection’s title. Tomasi tops that by possibly the best use ever of the Parasite, rarely ever considered as anything other than an enraged monster wanting to gorge himself on Superman’s alien life energies. Events feed into a bigger picture, concluded in A Savage End, and as a bonus feature there’s a scene prepared as an online teaser before the title story was completed. As some elements changed, it remains a curiosity rather than being slotted in starting around page 100. 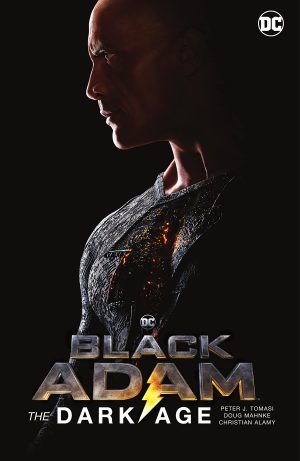