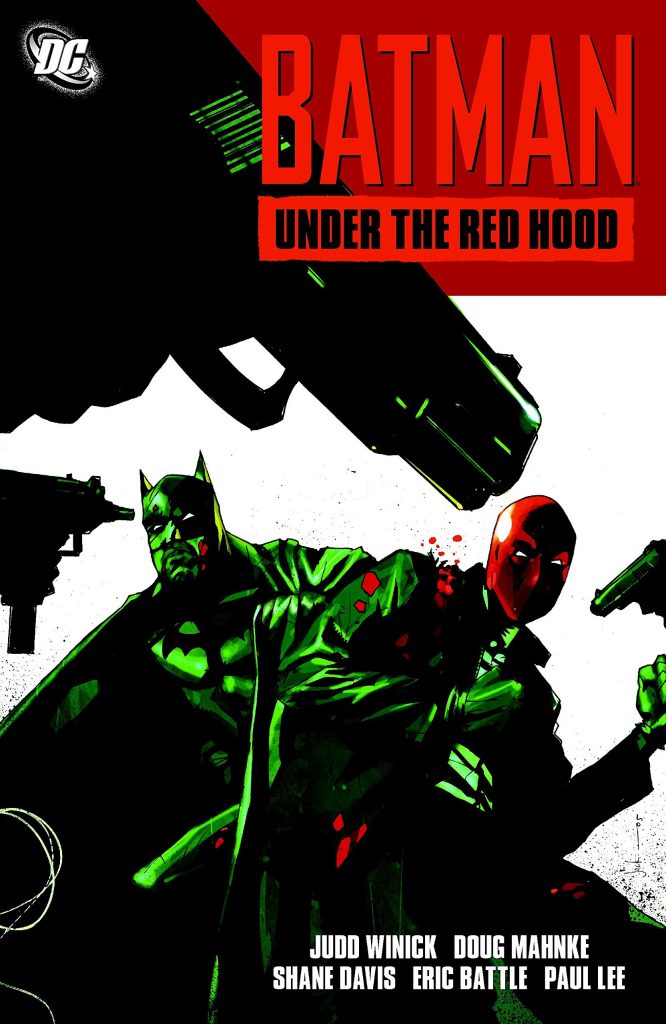 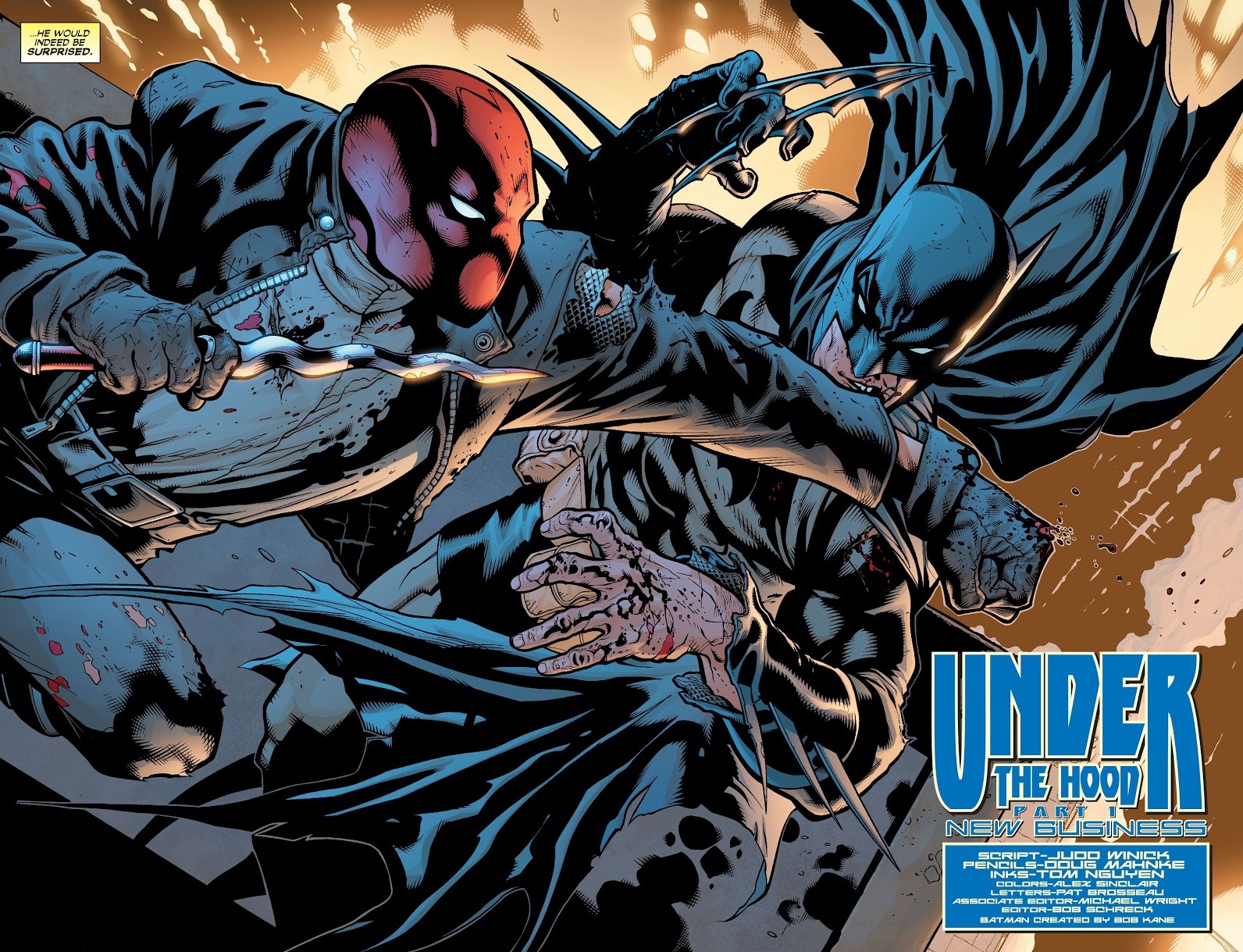 There’s a mystery to Under the Red Hood, well preserved over the opening four chapters, but anyone now unfamiliar with that mystery is also likely to be unfamiliar with the events from 1988 that prompt it. Furthermore Red Hood has gone on to make regular appearances at DC, at times in his own title. If you’d prefer spoiler free content, head for the review of the original printing, volume one.

After continuing fan dislike of the relatively recently introduced character, in 1988 DC took the Pontius Pilate route by instituting a phone poll to determine the fate of Jason Todd as Robin. It generated much controversy, presumably not a concern when ranked against the sales of Robin being murdered by the Joker in A Death in the Family. Bringing him back, then, was always going to be an event, and Judd Winick largely succeeds in ensuring that’s the case. The quibbles concern the exact method of resurrection, which tie in to the then contemporary Infinite Crisis. With memories of that long faded, the explanation seems contrived, and even a little silly. The rest still reads as a sprightly superhero adventure, with Winick often using the narrative of Wayne family butler Alfred Pennysworth as the voice of salient observation and reason. “It wasn’t about skill, endurance or even the will to succeed”, is his assessment of the difference between Jason and Dick Grayson as Robin, “No. Jason had a mean streak. Jason was dangerous”. It’s a summary borne out by the ease with which he unsettles Batman before revealing the truth. Other characters are equally well constructed, Jason himself having both a darkness and a light to him, gangster Black Mask disintegrating from confident overlord believing himself untouchable, and Batman, for once confronted with a problem where logic and sense doesn’t seem to apply.

Doug Mahnke draws more pages than other artists, having a well planned balance of action and character scenes, and well realised environments. There’s a slightly stiffer quality to the figures of Paul Lee and Shane Davis, but both are otherwise good. It’s a shame then that the art supplied by Eddy Barrows for the concluding chapters doesn’t come close to matching the previous quality. He over-exaggerates emotional responses, pulls the viewpoint in too close and concentrates on the gimmick of characters leaping off the pages in preference to telling the story effectively.

With the mystery of the Red Hood solved, Winick moves his story into ethical consideration. The foundation of Jason’s new identity isn’t that he was murdered by the Joker, but that Batman permitted the Joker to live, with all the deaths that decision subsequently caused. While he greatly resents Batman, Jason’s intention is still to fight crime, just employing more permanent methods of deterring criminals. It’s all very credible. A nicely handled section in passing explores how Batman is feared without killing. Also interesting is that Winick’s story is firmly in the wider DC universe with the appearance of villains not generally seen in Batman stories and a tour of superheroes once believed dead, yet still healthy and active.

Time has applied issues concerning Jason’s revival, but even if you know who the Red Hood is from the beginning there are mysteries and enough subplots to ensure Under the Red Hood remains a captivating graphic novel. It reads better as one continued story than split over two books as previously.