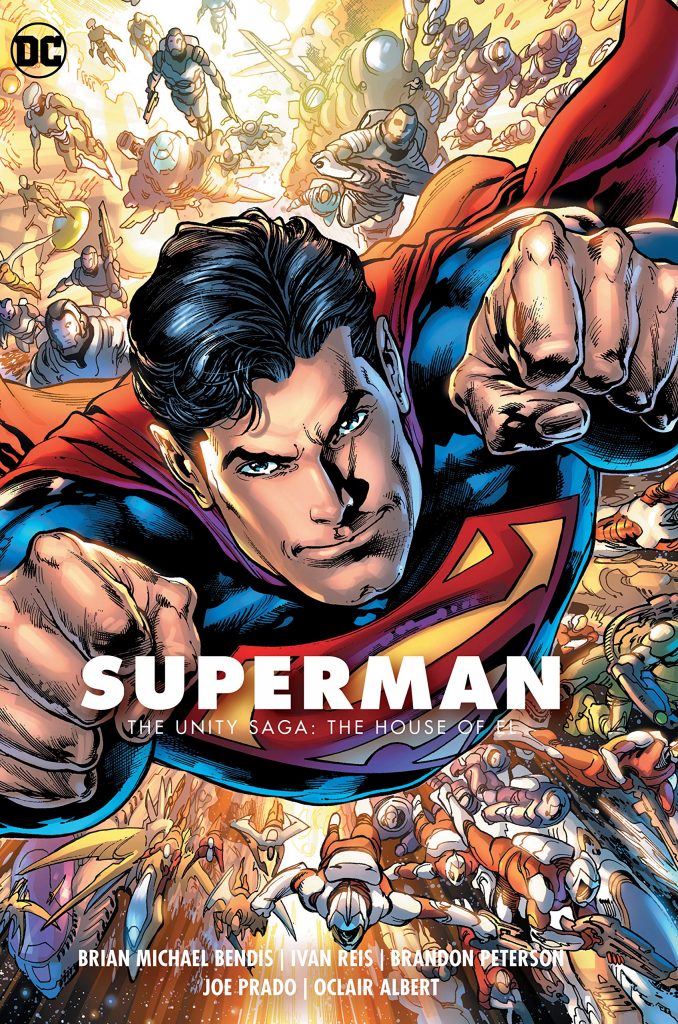 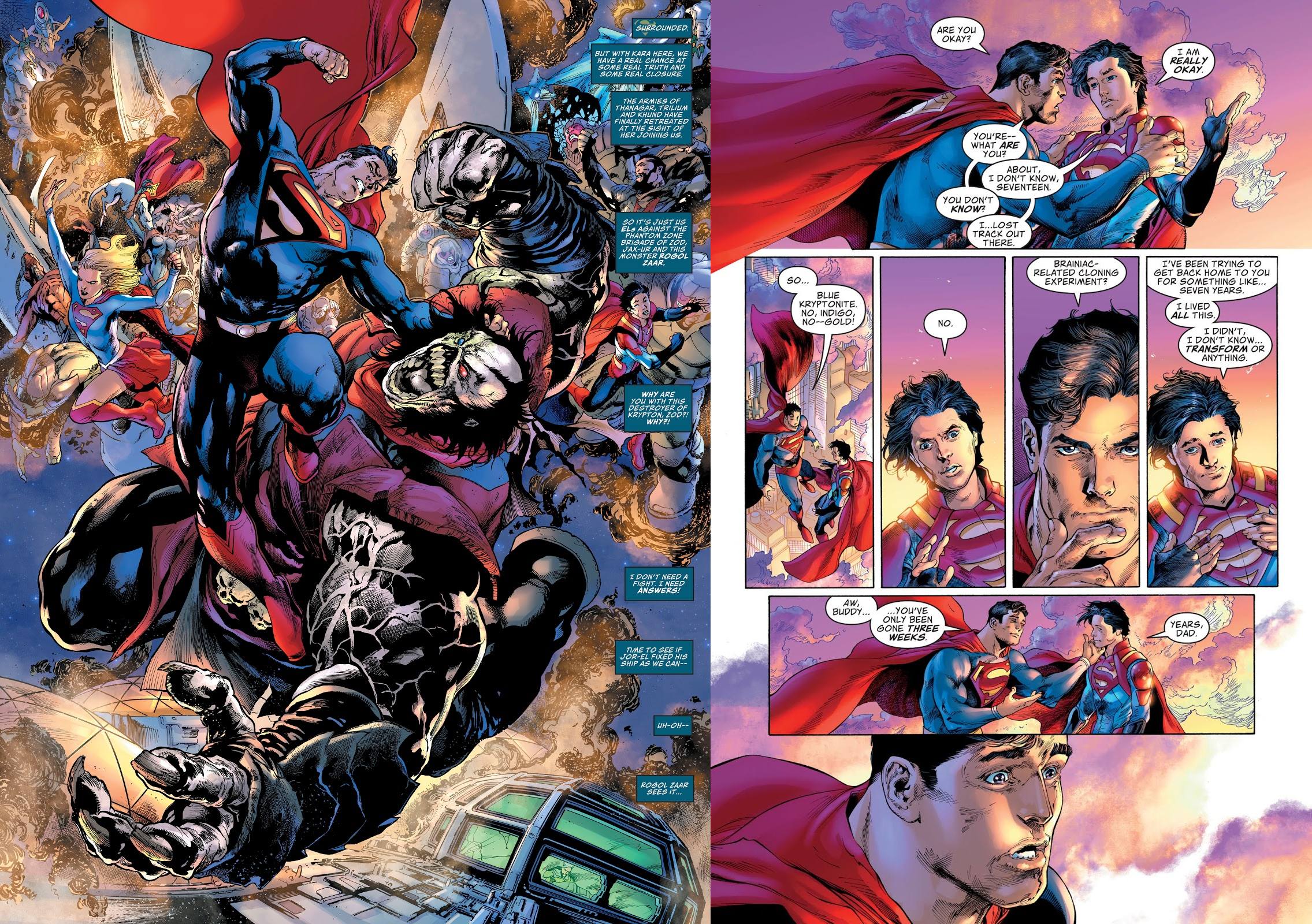 A narrative device Brian Michael Bendis has been using on his Superman stories is to end a chapter with a cliffhanger that’s then ignored in the following chapter, only to be dealt with at some stage later. It’s a cheap and deliberately unsatisfying trick, so it’s pleasing to note The House of El continues directly from the reappearance of Jon Kent at the end of Phantom Earth. It presents the adventures of Superboy in outer space after choosing to travel with his grandfather, and explains early how it is that he’s aged around seven years.

This didn’t occur artificially, so Bendis has a decade of explanations to supply, which is no small task even given The House of El doubles the page count of the standard graphic novel. The art is shared by Ivan Reis and Brandon Peterson, Reis handing Jon’s present day explanations spectacularly well, and Peterson handling the assorted scenes set in space spectacularly well. Bendis falls a little below that ranking. Most of what’s here is very readable and a lot of fun, although not for Jon, but over the opening chapters his characterisation of Jon never convinces as that of a seven year old. When restricted to a few lines there’s no great problem, and the cop-out argument is that the dialogue is a seventeen year old looking back on his younger self, but we know the truth. The plot, though, works on both a thrilling and an emotional level

Why Reis only draws some scenes during the book’s first half becomes apparent during the second, which begins with Jor-El’s craft in space under attack from the space armadas of three different races along with a separate army of desperate threats. Every time Reis seems to have topped a previous artistic peak, he throws in another. Back in the day Marvel and DC issued posters by well chosen artists of super teams featuring dozens of characters. Reis delivers equivalents in the course of a standard comic, often several in the same chapter. And if you’re a fan of those old posters, Reis throws in a spread of the entire Legion of Super-Heroes membership.

While The House of El’s second half can be seen as enjoyable as the first, it requires suspension of disbelief and is dependent on whether you consider messing with the fundamentals of Superman’s origin is a good idea. In Bendis’ reconfiguration, the technologically advanced Krypton had contacts with many alien worlds subsequently introduced in DC’s chronology. Representatives of those worlds knew Krypton was likely to be destroyed. So far, credible enough, but the foundation of what follows is those societies now going to war in an attempt to cover that up decades later. Would that really happen? It’s a means to an end, but not a very credible one. Still, when everything looks as good as it does, that’s easy to gloss over, and Bendis’ characters have some depth. He emphasises how any parent would feel at missing out on ten years of their son’s childhood, provides an infuriating Jor-El, and there’s a new gravitas for General Zod.

House of El is patchy, but at its best excellently drawn, solid Superman entertainment, and Bendis and Reis continue with The Truth Revealed.