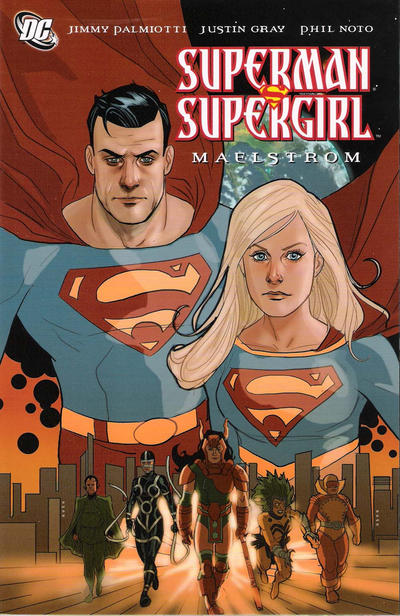 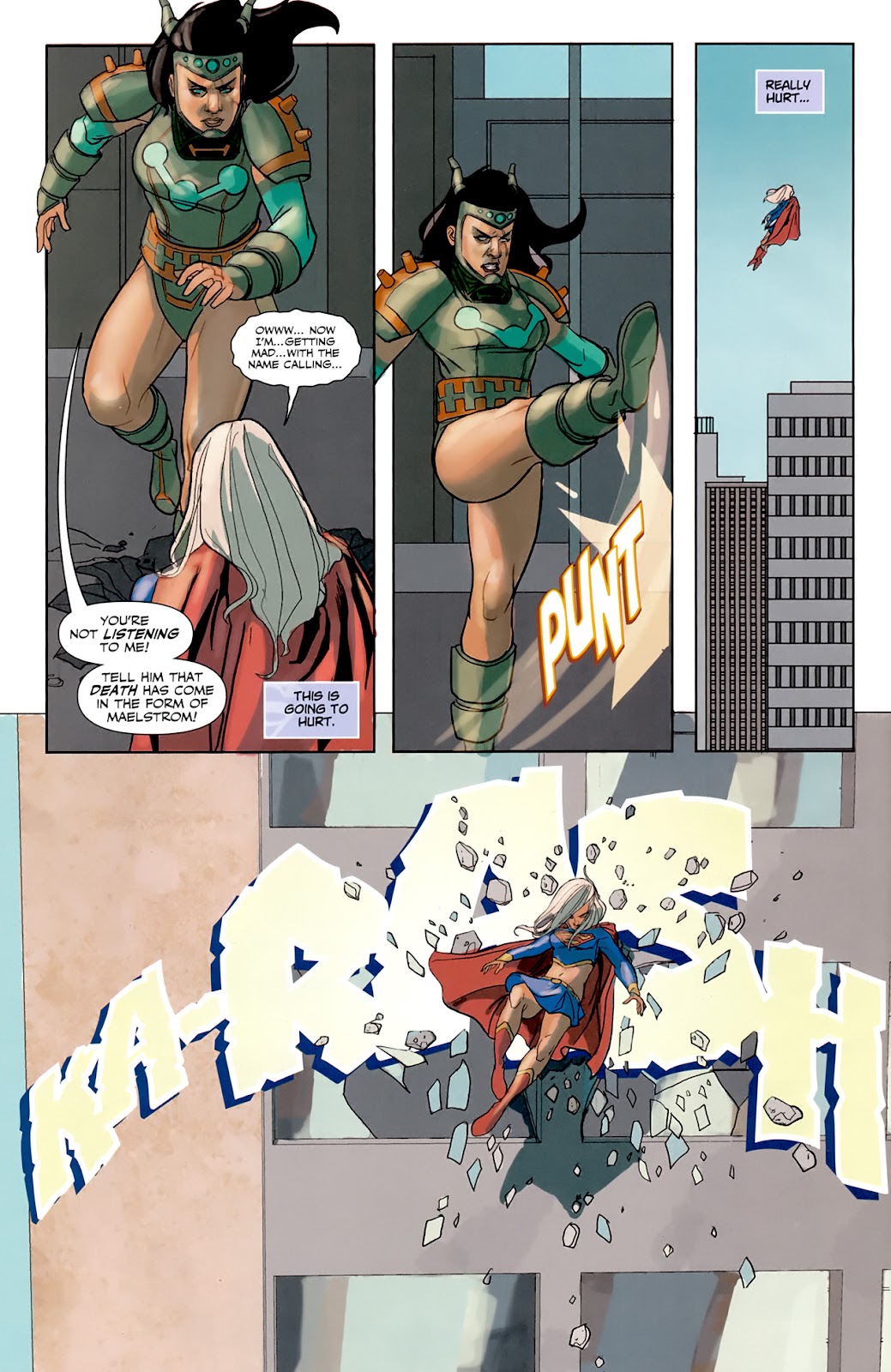 Maelstrom is the uncomfortable fusion of two separate stories. Justin Gray and Jimmy Palmiotti begin with Maelstrom herself, a woman living on on Apokalips misguidedly infatuated with Darkseid. She concludes the only way to meet him is to deliver something important to him, and decides that has to be Superman. He’s off planet when she arrives on Earth, though, and Supergirl isn’t up to dealing with her.

At this point the plot splits, only to converge again later. A last minute rescue from Superman leaves Supergirl dispirited and lacking confidence, so her cousin decides they need a bonding trip away from Earth where they have no powers. While conveying it’s her insecurity and disappointment leading to aggression, Gray and Palmiotti also have an unconvincingly snotty Supergirl over a succession of accidents on what’s supposed to be a safe planet. In the back of the minds of older readers will be whether or not this is an update on one of those mean-spirited 1960s stories where Superman decides to teach Lois Lane a lesson. Not that Maelstrom is having a better time. She’s returned to Apokalips and consigned to the slave pits before Darkseid takes an unconvincing personal interest in setting her up to fail again.

Artistically there’s much promise of the Phil Noto to come, and his layouts and viewpoints for the opening chapter show brutal action in a very graceful style. The plot requires him to design alien beings, and these are suitably other-worldly, but overall the art is patchy. The third chapter of five wavers especially. The same amount of work is put into the expressive faces, but the figures are often stunted and sloppy, but there’s a recovery for a better fourth chapter.

This is a strangely inconsequential story from writers who are generally better (see recommendations) and an artist who’s inconsistent here, but would improve.