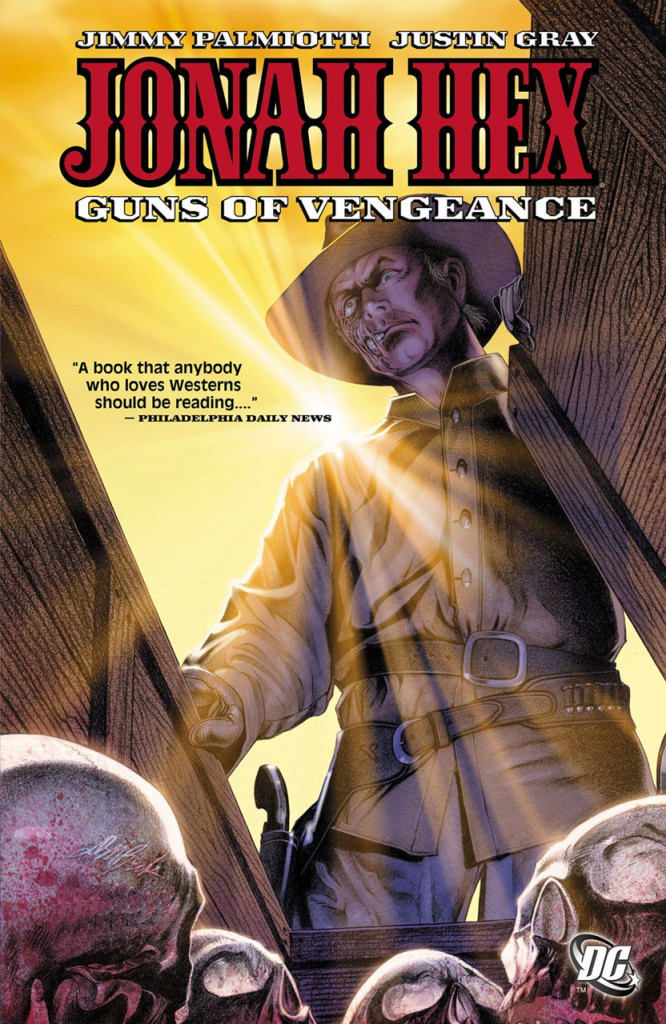 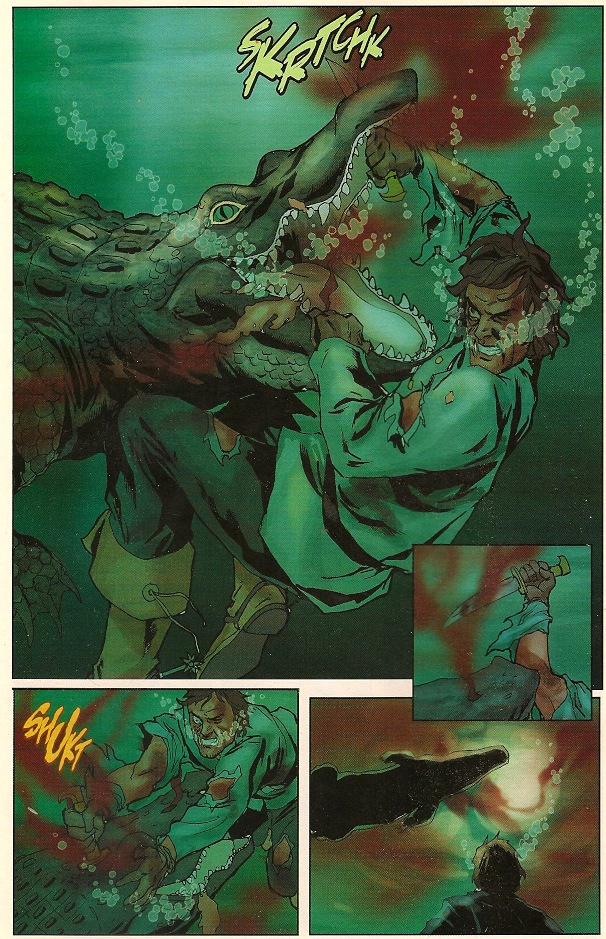 Justin Gray and Jimmy Palmiotti’s 2006 resurrection of Jonah Hex began strongly in Face Full of Violence, but this second collection is more representative of the 21st century series in featuring six different artists over its six stories.

Luke Ross illustrated most of the preceding book, and his series finale is a dark tale of Hex attending a wedding and the fallout from that. Like many in this book, at its core it’s a simple tale of cause and retribution, but Gray and Palmiotti’s cinematic influences seep into the writing. They’ll often open a story in the middle, when the situation’s appearing fatal for Hex, then cut back to how events reached that stage, and appropriate pacing and a flair for the dramatic ensure these stories have a tension and sense of foreboding. This is complemented by some fine staging. The second story opens with Jonah dragging a coffin into town. The presumption will be that it contains the corpse of a man on whom he’ll collect a bounty. Instead it opens to present half a dozen decapitated heads. Artist Dylan Teague overplays the scene, but it establishes Hex for anyone who’s never read a story about him, and underlines the writers as having an appreciation of the macabre.

It’s most apparent in a tale in which Gray and Palmiotti feature another of DC’s Western characters, this time El Diablo an ancient spirit that possesses one Lazarus Lane and avenges the innocent. It returns the carnival community seen in the first book, hints at Hex’s eventual fate as revealed in his 1970s series and offers an interesting discussion about Hex’s survival. David Michael Beck’s art, though, is very much in Ross’ style, and too clean for Hex’s sordid world.

With the best artists you can almost hear the floorboards creaking and smell the bad breath. Among those is Paul Gulacy, another whose style might be considered too refined to deliver satisfactory Jonah Hex material, yet his characters are excellent, not as clean-cut as his usual people, and his snow covered locations effective. The story about the persecution of Mormons and cruel bounty hunters is a gem. Also good for an artist known for his figurative style is Phil Noto, whose swamp hillybillys and alligators set the scene very nicely. It features a classic piece of Hex when he’s asked his name. “We ain’t gonna know each other long enough ta bother tellin’ you”, is the surly response despite having a rifle pointed at him. Noto (sample art) returns for the following Origins.

Oddly, it’s only Val Semeiks and Tony DeZuniga’s art that moves into the gritty territory that suits Hex best, defining his world in scratchy lines and hatched faces that show their lives. Semieks completes the story begun by Teague, and DeZuniga’s is great, not at all what it first appears, and offering a fine insight into Hex.

As with the previous book, and indeed most of this series, anyone who enjoys a good Western should love the material in Guns of Vengeance.