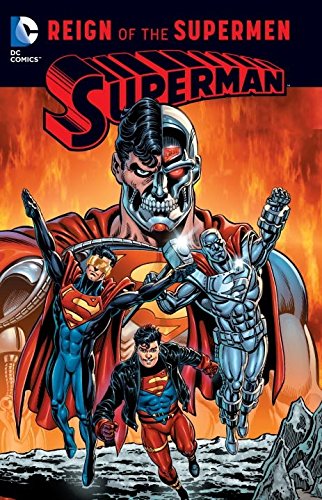 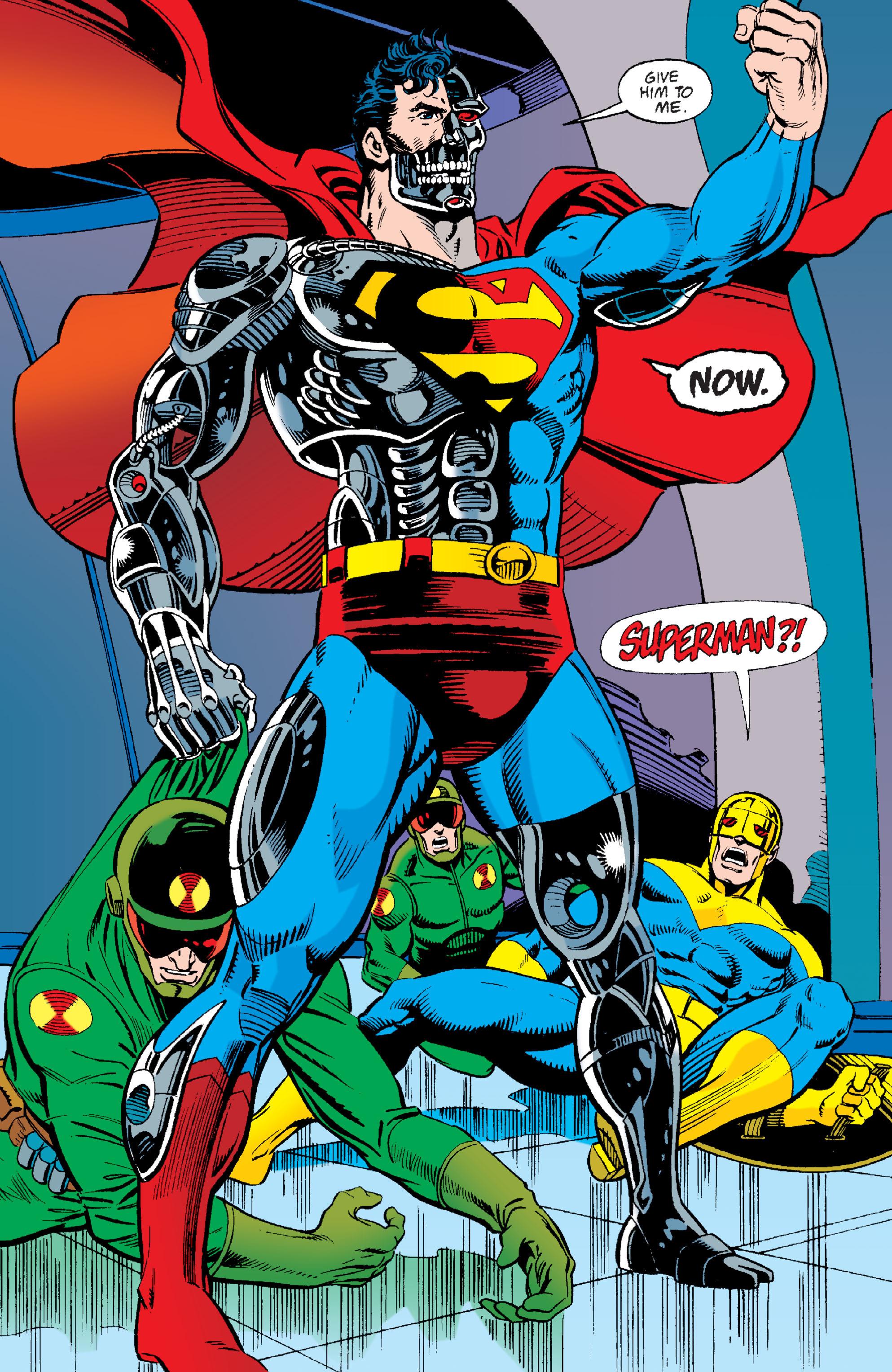 Of all the Death of Superman tie-ins, Reign of the Supermen has the best ideas behind it. As seen in Funeral for a Friend (or World Without Superman in the earlier editions), Superman’s death has left Metropolis without adequate superhero protection, since of the proposed replacements only Supergirl is remotely on Superman’s power scale. Yet there are complications regarding her activities.

As with the earlier books in this sequence, the graphic novel collects what was originally spread over four separate monthly Superman titles (and a couple of annuals) and while there’s a unified editorial approach, there’s considerable variance among the creators involved. As previously, the dotting back and forth between assorted plots only emphasises this. The opening chapter by Jerry Ordway and Tom Grummett exemplifies the pros and cons. It features a highpoint, Jonathan Kent hovering between life and death while in his head experiencing distorted episodes from his past, surprisingly spacy content for a Superman comic, but also the nonsense of violent vigilante Gangbuster and police attempts to trap him.

The bulk of the book sees four possible replacements for Superman. As these characters graduated to extensive use afterwards, some of the surprise is diminished, as part of the fun in 1993 was determining which, if any, of them was actually Superman, since his corpse has again disappeared. In terms of superhero comics at least, all are viable as possible substitutes. They all wear variations on Superman’s costume, and they all bear his distinctive ‘S’ symbol on their chests. Is it stretching it too far, however, to consider his recent experience of death has seen him revived as a teenager? A warrior in full armour, a cyborg and an imperious representation of Kryptonian ideals, however, could be possible. After all, death is bound to have had an effect. One of the candidates is removed from suspicion immediately. They’re a hero, but they’re not an incarnation of Superman, but what about the remainder?

While the premise might be intriguing, the stories don’t quite match it, although they’re an improvement on The Death of Superman and Funeral For a Friend. Each of the replacements has a distinct personality, and they don’t all appear sympathetic, but the presence of some strong lead characters anchors the content, and that a specific creative team is assigned to each of the four further ensures they gel. There’s some artistic development as well. For better or worse Jon Bogdanove’s pages are ever more stylised, while Butch/Jackson Guice seems more at home with the content. Tom Grummett, and Brett Breeding working from Dan Jurgens layouts (sample page) both result in sold early 1990s art. DC were a little more conservative than Marvel at the time, and we can be thankful for that.

As well as tying into the missing Superman story, the annuals reprinted here further feature DC’s theme of the year, which was the creation of new superheroes. Eddy Newell’s been looking at Steve Bissette’s Swamp Thing, but it’s apt for a gruesome tale by Louise Simonson featuring Steel. After a strong start, David Lapham’s art on a story featuring the Cyborg Superman declines, while Jurgens ties his new character into plots he has running anyway. Both stories would have benefited from greater compression.