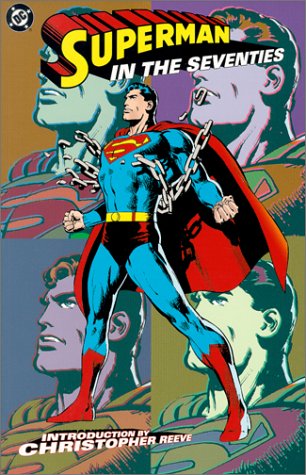 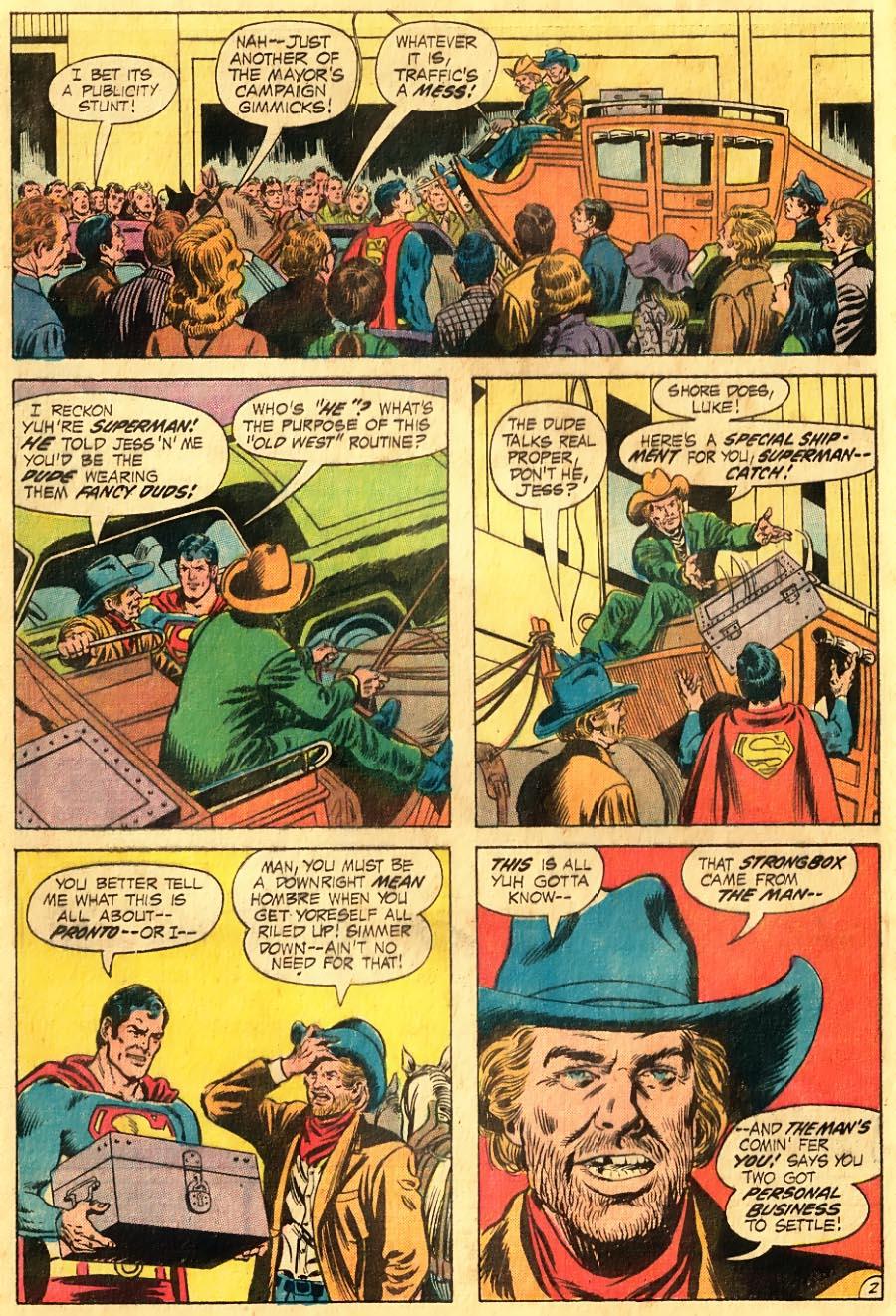 A sea change enveloped Superman when editor Mort Weisinger was replaced by Julius Schwartz who implemented a different approach. Curt Swan remained, elegantly illustrating much of this book, so providing a visual continuity, but almost everything else changed. Out went the perils of assorted shades of kryptonite, quests to prevent the discovery of Clark Kent’s dual identity and ‘imaginary’ stories, and in came a more modern approach to science-fiction, and a more human Superman.

Since John Byrne’s 1986 franchise re-boot, there’s been a reluctance to acknowledge this era in other Superman compilations. The late 1950s and 1960s work receives an ironic gloss makeover, but the 1970s era of ‘realism’ and social awareness appears an embarrassment. It’s understandable when presented with well-meaning but misguided stories such as Lois Lane becoming a black woman for a day to experience life in the ghetto, titled after a notorious sexually explicit film of the era. Credit then to DC for concentrating on material largely prior to 1975, by which time Superman had returned to more conventional superheroics.

Four broad categories encompass the material, each with an articulate and informative introduction from Mark Waid, but as many stories feature elements of continuity unresolved in the single issue, further explanations would have been nice.

Under the chapter title ‘The Big Battles’ Paul Levitz and Dick Dillin supply Superman vs Superboy, but far better is Superman’s encounter with a character much like Captain Marvel, a name DC couldn’t use at the time. It’s fun, with writer Eliott S! Maggin later claiming it was a method of reintroducing Captain Marvel in all but name to the DC universe. ‘The Villains’ section isn’t as good. It’s interesting to see Lex Luthor with a shred of decency, but his story is daft, as is the following Brainiac tale, while Terra-Man was never a credible villain, although his appearance is beautifully drawn by Swan and Murphy Anderson. It’s no masterpiece, but the return of the Parasite is the best of the villains.

The look at Superman’s supporting cast features the Lois Lane tale, and the whimsical 1970s return of Krypto the super dog. Jack Kirby’s Jimmy Olsen story has little to do with the mythos despite Superman appearing alongside Olsen. Kirby’s more interested in a futuristic bike gang and the Newsboy Legion and it’s a lot of fun. Make up your own mind how disrespectful it was that Al Plastino was brought in to re-draw faces on Superman, Clark Kent and Olsen.

‘Superman Breaks Loose’, opens the section considered classic, the story that redefined Superman for the era, sweeping change through its fifteen pages by transferring Clark Kent to TV reporting and transforming all kryptonite on Earth into iron. Conversely Superman’s powers are also weakened, but that’s revealed in following material. By Denny O’Neil and Swan, it’s an efficient mutation. ‘Must There Be a Superman’ is the one early 1970s tale surviving reputation intact, as Maggin feeds the idea that Superman’s presence on Earth prevents human development. No villains, no solution, just something to ponder, and it’s nicely handled. It’s overly sentimental, but Maggin’s story about Clark Kent reluctant to see his former Smallville home demolished has its moments, and wonderful Anderson art. Also a charmer is the book’s closer about the Superman of Earth 2 losing his memory in the 1950s when he marries Lois Lane. Cary Bates’ plot works, and Swan is again great.

This is a varied selection representing most aspects of a more experimental Superman. Unfortunately, it’s not as good as the earlier collections.